Xiaomi registers hundreds of different innovations every year. But, alas, most of them will never be implemented in commercial products. But it’s always curious to know where engineering and design is heading. Today it became known about one curious idea of ​​the company.

According to LetsGoDigital, on the website of the State Intellectual Property Office of China, a patent was discovered describing a smartphone with an atypical design of a selfie camera. The source indicates that at the top there is a retractable front camera with two image sensors or one sensor with an LED flash. 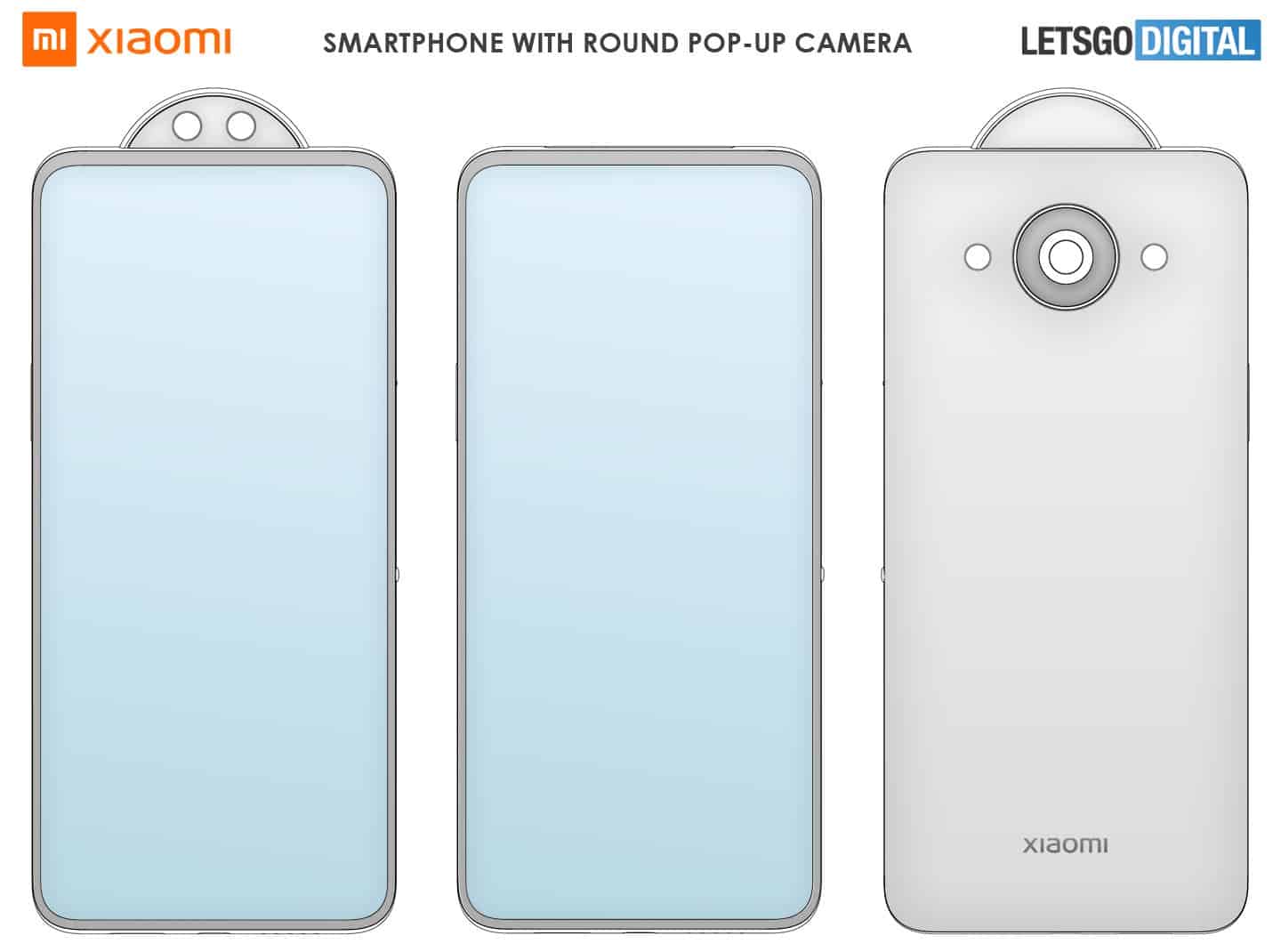 We assume that the module itself is rotating, but why such a design, when there is a main camera, is difficult to understand. The smartphone received a thin-frame display and a triple rear camera, where the key sensor is large.

As always, it is difficult to say if Xiaomi is going to present a smartphone with such a selfie camera in the future. At this stage, this is just an idea, which may never be embodied in a real device.

Xiaomi has recently introduced two of the latest HyperCharge charging technologies. The wired module provides 200 W, the wireless 120 W. Both provide charging of smartphones and other electronics in a matter of minutes.

The new Xiaomi wired charger with a capacity of 200 W is able to “fill” a 4000 mAh battery in 8 minutes. Wireless HyperCharge will charge a similar battery a little longer – within 15 minutes.

The company has long been among the leaders in the market for relevant technologies. The HyperCharge name is already in use by one of Xiaomi’s subsidiaries making Black Shark gaming smartphones.

The company posted a video describing how HyperCharge works on the custom Mi 11 Pro. The smartphone receives 50% of the energy required to fully charge in three minutes; up to 100% – in almost 8 minutes. The same video shows the wireless charging of this smartphone. It takes 1 minute to get 10% of the battery charge and seven minutes to get 50%.

So far, the company has not announced exactly when the development will be used in finished products. Previous Android Authority tests showed that Xiaomi’s 120W wired charging caused the battery to generate a lot of heat during operation and was more suitable for brief charging smartphones in an emergency than for fully charging the battery. With the 200W option, excess heat can be an even bigger problem.

Next Some iPhones have run out of battery faster after updating to iOS 14.6