According to XDA Developers, the Chinese company is all set to launch Realme GT in Europe. However, we do not have an exact launch date. So far we know the phone will be available to purchase on Realme’s online store and AliExpress. Sudhanshu, a famous tipster leaked the price, variants, and color options of the smartphone.

Some details about realme GT 5G, as per source 👇

According to Sudhanshu, the Realme GT will launch in Europe this month. It will have Blue and Yellow color options. The Blue color option will feature a glass back while the Yellow color option has vegan leather. The smartphone will come in two variants: 8/128GB and 12/256GB. They will be priced at €400 and  €450, respectively. The leakster told that there might be a small difference of €20 in pricing.

The smartphone is not just coming to Europe but other regions as well. Previously we wrote about the Realme GT 5G passed by Thailand’s NBT hinting at an imminent launch in Thailand. Plus, the smartphone has also received BIS certification which hints that the smartphone will come to India as well. Sometimes there are changes in the global version of devices. There is a possibility that the global Realme GT may differ from the Chinese version. 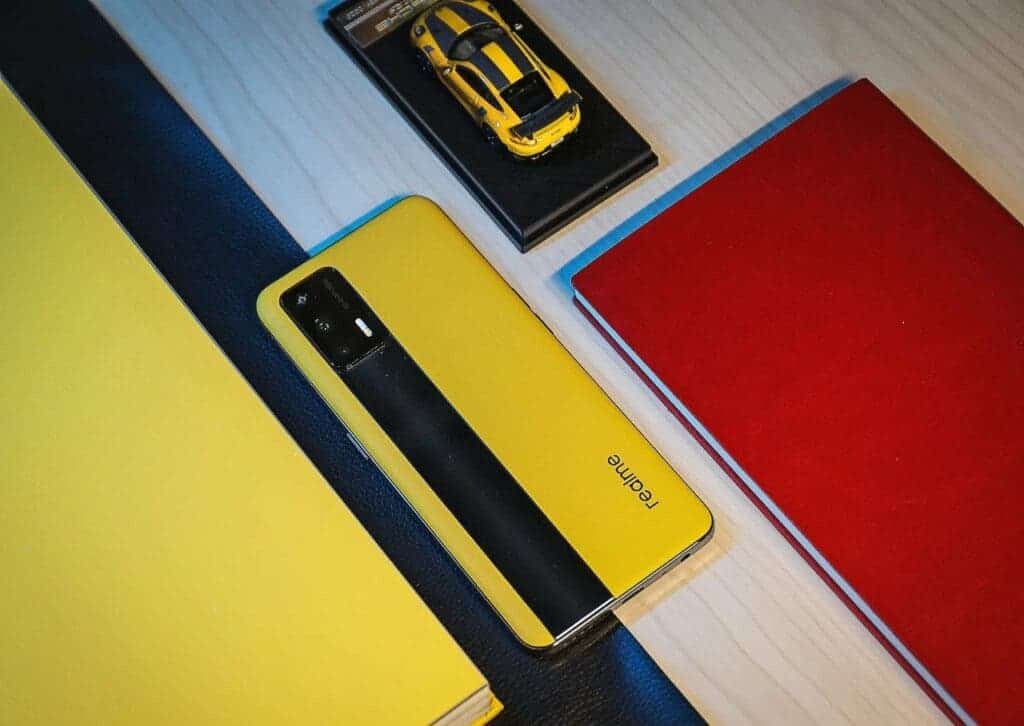 The smartphone comes with a 6.43-inch Super AMOLED display with FHD+ resolution. With a 120Hz refresh rate and a 360Hz touch sampling rate, it offers a buttery smooth experience. Performance is the main highlight of the smartphone as it comes with the latest Qualcomm Snapdragon 888 SoC. Thanks to the Cortex-X1 + 3 Cortex-A78 big cores, it will run any high-end game you throw at it. For further improved performance, the smartphone rocks LPDDR5 RAM and UFS 3.1 storage.

The Realme GT 5G features a triple-camera setup comprising a 64MP primary camera, an 8MP ultrawide, and a 2MP macro unit. This is not the best camera setup as it’s a gaming smartphone but it will get the job done thanks to better image processing on the Snapdragon 800-series chipset. The Realme GT 5G draws power from a 4,500mAh battery with 65W fast charging. In China, the smartphone comes out of the box with Android 11 with Realme UI 2.0.