There are so many things to love about summer – visits to the beach., having a BBQ in the backyard with the family or camping in the woods to enjoy the birds singing while taking in the fresh air. People usually have positive associations with summer. But then you have to deal with the heat!

During your off-grid excursions and rolling power outages during those long, hot summer days, you will need endless power to keep your food fresh, your drinks cold, and most importantly, keeping yourself comfortable with tower fans or air conditioners.

For these situations, Portable Solar Generators are the perfect choice! They are quiet, green solutions with ZERO emissions to power your needs both indoors and outdoors during electrical outages or off-grid excursions. And they can be easily charged up by solar whenever there is sunlight. With the rapid development of solar energy storage and Li-ion battery power in the past decade, there are now a dizzying array of portable power station brands on the market, whose products vary in size, power, and battery storage capacity. For this upcoming summer, the pioneer of the off-grid power industry, BLUETTI, now takes the lead in offering their largest discounts ever for their product portfolio.  Let us take a closer look! 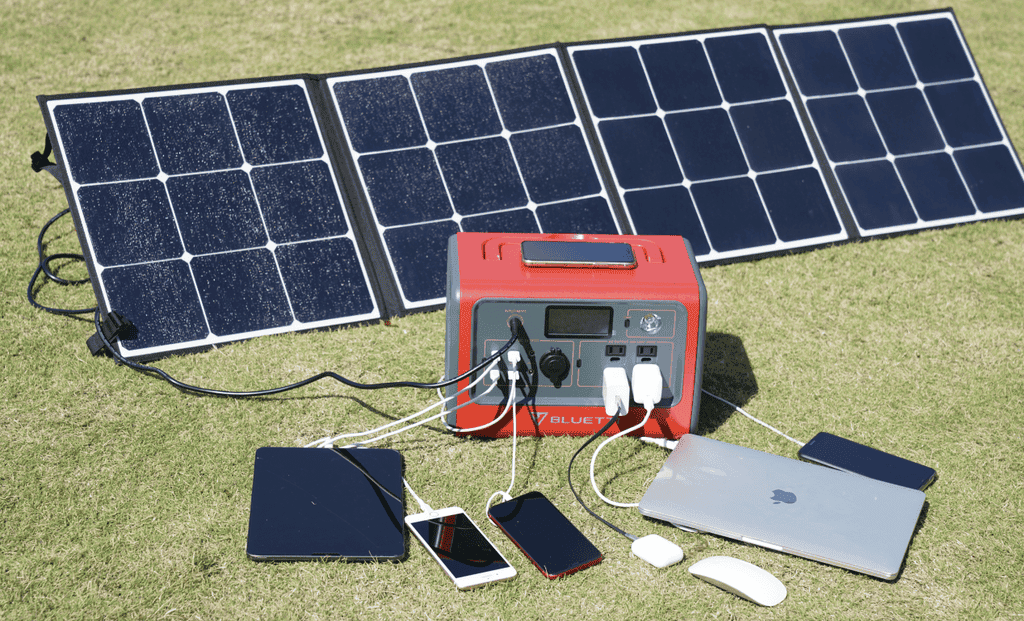 Consumer Score: 97% of purchasers gave it 4 stars or higher. 700 watts of power in the palm of your hand.

The EB70 was first brought out by BLUETTI in early May and was very well received out of the gate as it sold-out in less than two weeks after its introduction. A month later, BLUETTI has now brought it back with a larger inventory in their local warehouses in California. Featuring 700W of continuous power and a respectable 716Wh of capacity, the BLUETTI EB70 can still be easily lifted by just one hand. It can easily provide days of power for your portable fridge on the road or keep your tower fan running for several hours. It also features two 100W USB-C outlets that complies with PD3.0 protocol, which can recharge a plethora of phones/laptops/gaming gadgets that are powered by USB-C PD at full speed without any bulky adapters needed (Android phones, tablets, MacBook’s, Ultrabook’s, Nintendo Switch, etc.).

For this Summer Sale Promotion, BLUETTI continues with the $100 OFF offer with the new EB70, and a $210 discount for the EB70/SP200 solar panel combo: 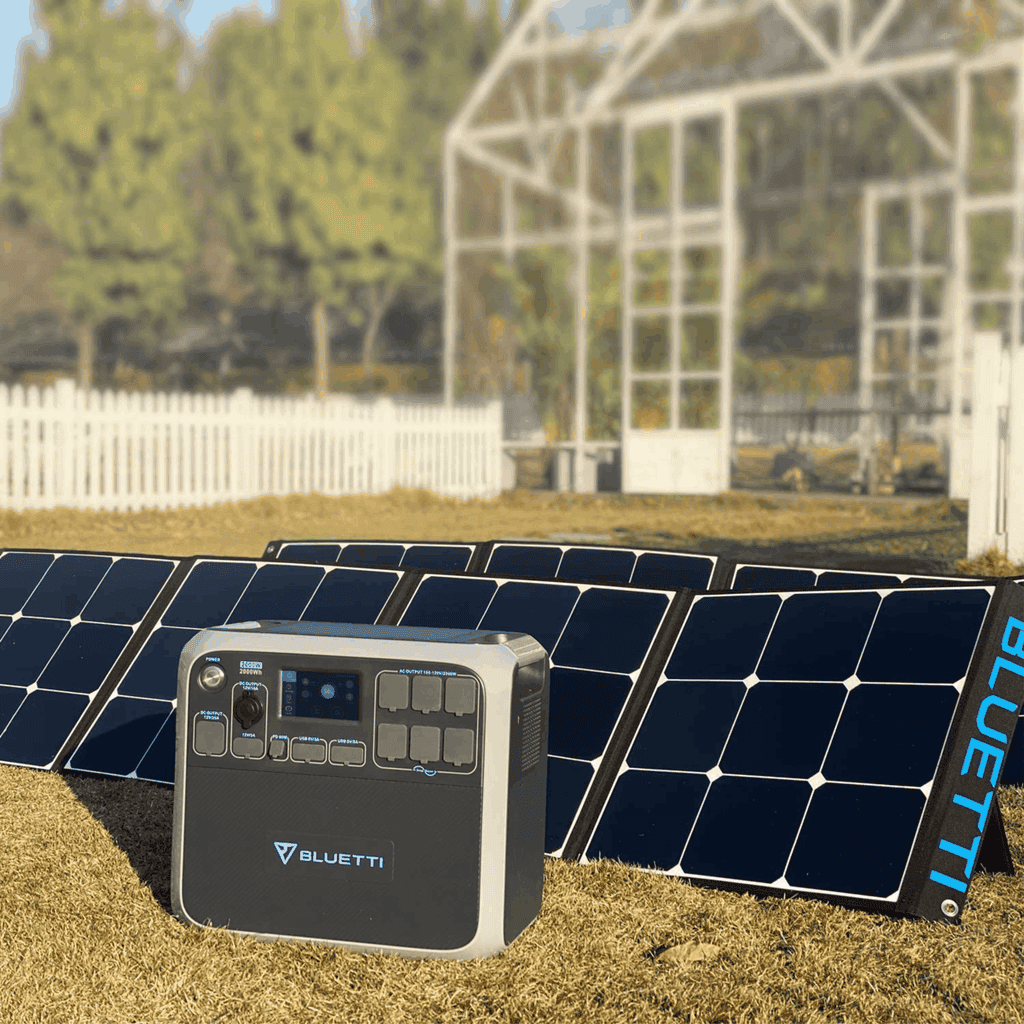 Consumer Score: 98% of purchasers gave it 4 stars or more. The world’s most versatile portable power station stays strong all the way.

After pulling in a staggering $6.7M USD from crowdfunding in July 2020 and with tens of thousands of AC200P units sold within the past year, the BLUETTI team is now offering the lowest price ever for their sub-flagship portable solar generator: $1,599. Packed with 2000 watts of continuous AC pure-sine wave power, an enormous 2000Wh of capacity, and utilizing the most durable, safest LiFePO4 chemistry, the BLUETTI AC200P is undoubtedly the most competitive solar generator for its price. It can power all your needs from a household fridge to an 8,000 BTU portable air conditioner without breaking a sweat. It can be charged at blistering speeds by solar at up to a stunning 700W. You can charge your unit from zero to full in less than 4 hours with free solar power alone!

At $1,599 USD, this is not only the lowest price for the AC200P, but BLUETTI is now offering during the Summer Supper Sale an unprecedented $947 USD OFF for the AC200P and THREE SP200 (200W) solar panel bundle giving you up to 600W of clean solar power to keep your AC200P topped off! (Previously, you could only get the bundle of three 120W panels for the same price in the past!)

Consumer Score: 94% of purchasers gave it 4 stars or more. Easy, portable power which prepares you for anything.

The BLUETTI EB150 and EB240 are all-in-one solar generators which originally launched in 2019. The only difference between each model is the battery capacity. They are well-loved by customers worldwide for over two years. Covered by a solid aluminum case and featured with a 1000Watt pure sine wave inverter, they are capable of powering most of your appliances outdoors and indoor. The 1,500Wh battery capacity for the EB150 and a whopping 2,400Wh battery capacity for the EB240 makes certain you do not need to worry about lack of power for long camping or hiking trips. The BLUETTI EB150 and EB240’s built-in MPPT controller also supports up to 500 watts of solar input. With prime sunshine, the EB150 can be charged from zero to full in as little as 4.5 hours or 7.2 hours for the EB240.

This time around, BLUETTI is offering a record $400 USD discount on the EB150 and a whopping $500 USD discount for the EB240. At $899 and $1,399 respectively, these units are at RECORD LOW prices. At these prices, the competition will find it hard to beat! And with the combo of two SP200 (200W) solar panels, you will be able to save even more!

BLUETTI Summer Sale Promotion will launch on June 5th. Please click the link to subscribe to be one of the first persons be notified of the event. You will also have a chance to win one of several FREE portable power stations from BLUETTI by joining their giveaway contest. Just check the official website for the super summer sale.

Next HarmonyOS compatibility with Android is only a stopgap measure