For a few years, Qualcomm was quite consistent with its naming for its Snapdragon 8xx series flagship processors. Since 2017 (Snapdragon 835), it was consistent until the Snapdragon 888 SoC released in December last year. Instead of calling its December chip “Snapdragon 875”, the company opted for “Snapdragon 888“. Qualcomm claims that “888” is a lucky number in China hence its decision to use this number. With this deviation, the exact name of the SD888 successor will be harder to predict. According to Roland Quandt, Qualcomm is developing a chip with the codename “SM8450’Waipio”. According to him, this chip will be the successor to Snapdragon 888 (SM8350). A new report from @馬然熊猫 claims that this chip will be Snapdragon 895/898 and it will use TSMC’s 4nm process. Furthermore, the new report claims that the chip will also come with an X65 baseband. 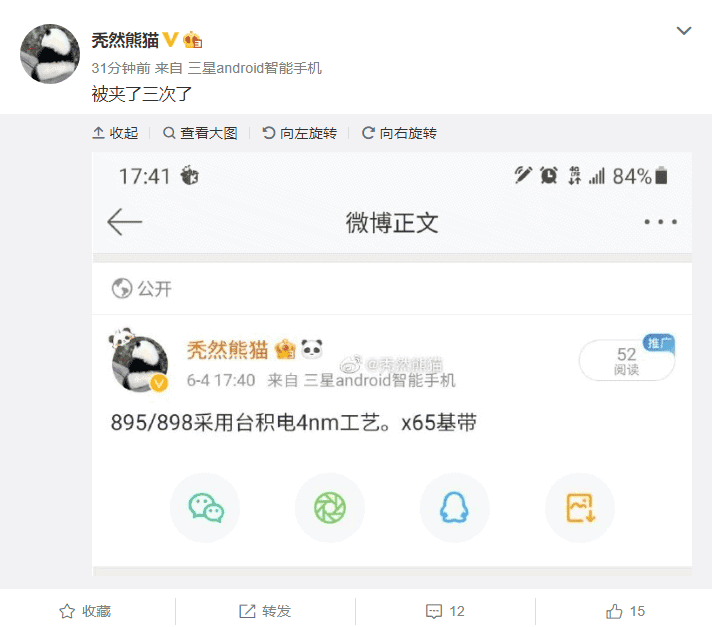 In comparison with the Snapdragon 888 SoC, the new Snapdragon 895/898 will have a stronger 5G baseband. Furthermore, it will support millimeter-wave or Sub-6GHz 5G networks. As a successor to Qualcomm’s existing flagship chip, there should be other considerable improvements. Its DSP is upgraded from Spectra 580 to Spectra 680, and the FastConnect 6900 subsystem will support Bluetooth LE Audio/5.2 and Wi-Fi 6E.

In terms of camera performance, the Spectra ISP of SD888 supports faster billion-pixel-level processing speeds. Users can process 2.7 billion pixels per second to take photos and videos. This is about 120 frames per second and each frame is 12MP. The processing speed is up to 35% higher than the previous generation platform.

Next What is the most favorite smartphone brand? Here is the answer