Flickering refers to the continuous alternating on and off of the screen. Although we may not be aware of flicker, physiologically, the eye still responds to flicker, and the iris expands and contracts according to changes in brightness. This involuntary physiological reaction can explain the cause of our headaches, especially after watching the screen for a long time. The eyes will feel tired because the eyes have been working hard. This is especially true when viewing the screen in a dark environment. 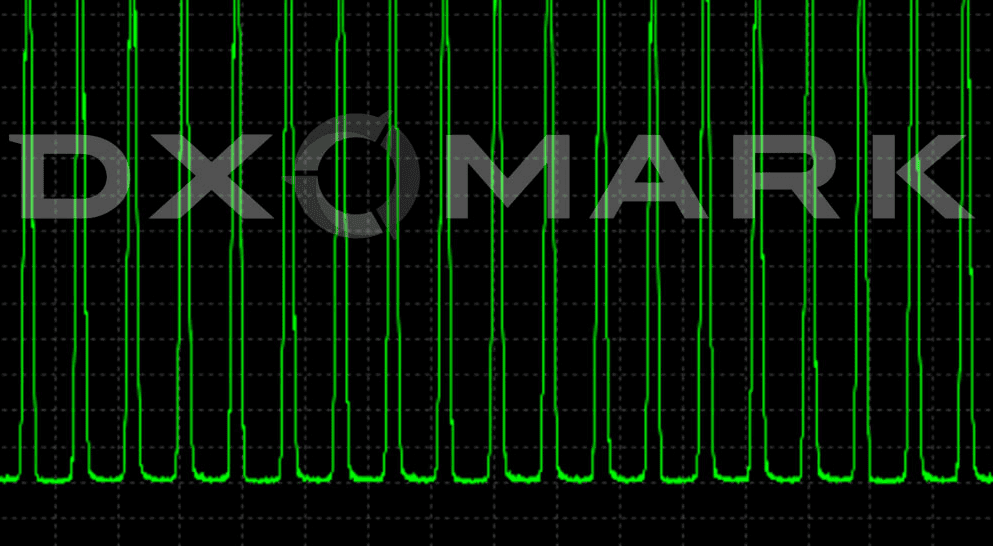 Cause of the flickering

Unfortunately, flickering on mobile phone screens (especially OLED screens) is still a problem for many users. So, why does the smartphone screen flicker? The display hardware of a smartphone is based on LCD (liquid crystal screen) or OLED (organic light-emitting diode) technology. The LCD itself does not emit light but uses a very bright LED as the backlight source. This compensates for the brightness attenuation caused by the low transmittance of the LCD panel (mainly caused by the RGB color filter). On the contrary, in an OLED screen, each pixel itself is an OLED, which can emit light by itself. 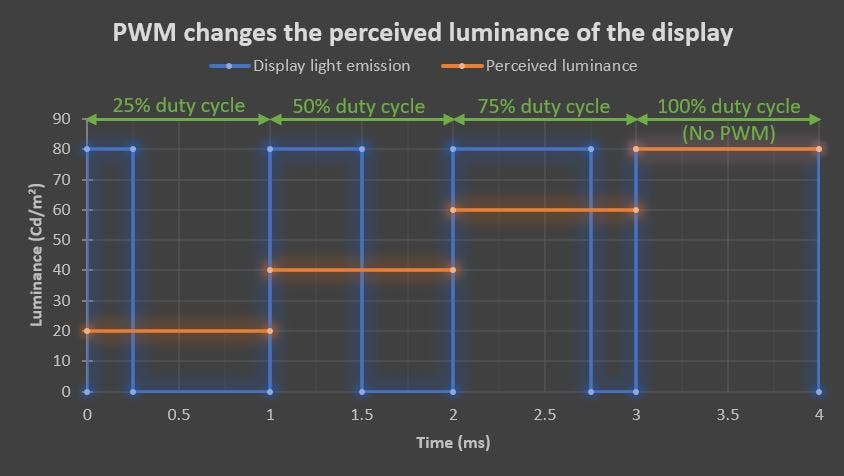 As we all know, smartphone screens are composed of diodes (OLED, or LEDs of LCD screens). Due to the inherent physical characteristics of the diode, that is, when the LED is dimmed by changing the current (mA), it will definitely affect the color of the LED. So to dim the screen, smartphone manufacturers use a technique called Pulse Width Modulation (PWM) to turn LEDs on and off with different pulse frequencies. However, we usually don’t see the LED switching between on/off (in other words flickering). Overall, we only feel the screen dimming. The degree of dimming depends on the duration of the LED being off and on. The longer the off time, the darker the screen will look.

Therefore, although LCD and OLED screens have different power supply methods for light sources, both technologies will have a flicker effect. However, the flicker effect of OLED screens is usually more pronounced than that of LCDs. First of all, the frequency range of OLED display and LCD display PWM is different. The PWM frequency range of the OLED screen is ~50~500 Hz, while LCD starts at around 1000 Hz or higher. Second, since the human eye is sensitive to flicker up to 250 Hz (at least for most people), it is not surprising that OLED screens are more likely to cause eye fatigue than LCDs.