In recent times, there has been widespread innovation in the smartphone industry. One area that has seen a major overhaul is the battery capacity and charging power segment. Just a few years ago, we were talking about 18W charging maximum. Presently, 120W fast charging is already available. The speculations so far are that 200W fast charging is already in the works. At the end of last month, Xiaomi did some upgrades to the Xiaomi Mi 11 Pro and it successfully supported 200W wired and 120W wireless fast charging. This means that the device breaks both the wired and wireless charging records. 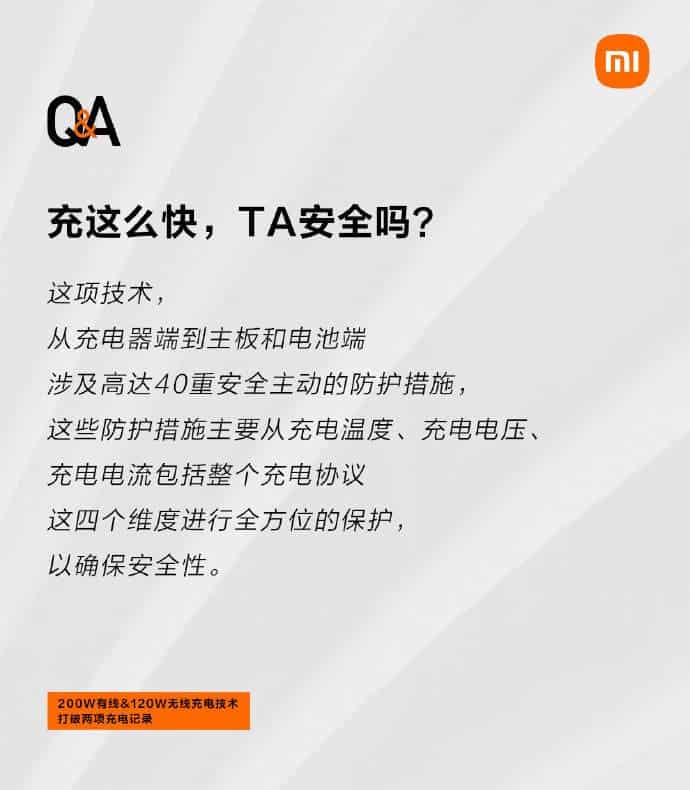 Mi Fan also mentioned the impact of 200W fast charging on battery life. Xiaomi engineers replied that after 800 cycles of use, the energy of Xiaomi’s battery remains above 80%. This is much higher than the Chinese requirement of “after 400 cycles, the battery life should not be less than 60%”. This means that Xiaomi’s 200W fast charging beats the Chinese industry standard.

In addition, Xiaomi’s official WeChat account also used 8 pictures to explain some doubts about the “200W wired” & “120W wireless” charging technology. When it comes to safety, one has to talk about heat generation. This time the Xiaomi 200W fast charge uses a parallel design. The power conversion efficiency is 98.6%, which will be the industry’s highest if true. In terms of software, Xiaomi adopts a multi-level gradual current algorithm.

Previous Xiaomi Mi Pad 5 series will use only one processor