Over the past few months, there have been reports on the upcoming Xiaomi Mi Pad 5. The latest report on this tablet reveals that the Mi Pad has obtained EEC certification. This means that the official release of this device is imminent. Unfortunately, this certification does not reveal any details regarding this device. According to Xiaomi, one of the major focus of the work of the MIUI team is on tablets. This implies that Xiaomi’s new tablet should come with a new MIUI system that is deeply customized for tablets.

If Xiaomi is working on the MIUI system for tablets, we expect some breakthrough features. Recall that Huawei already unveiled the multi-screen collaboration functions on the tablet, breaking the barrier between tablet and smartphone communication. This feature allows seamless connection and transfer of data between both devices. 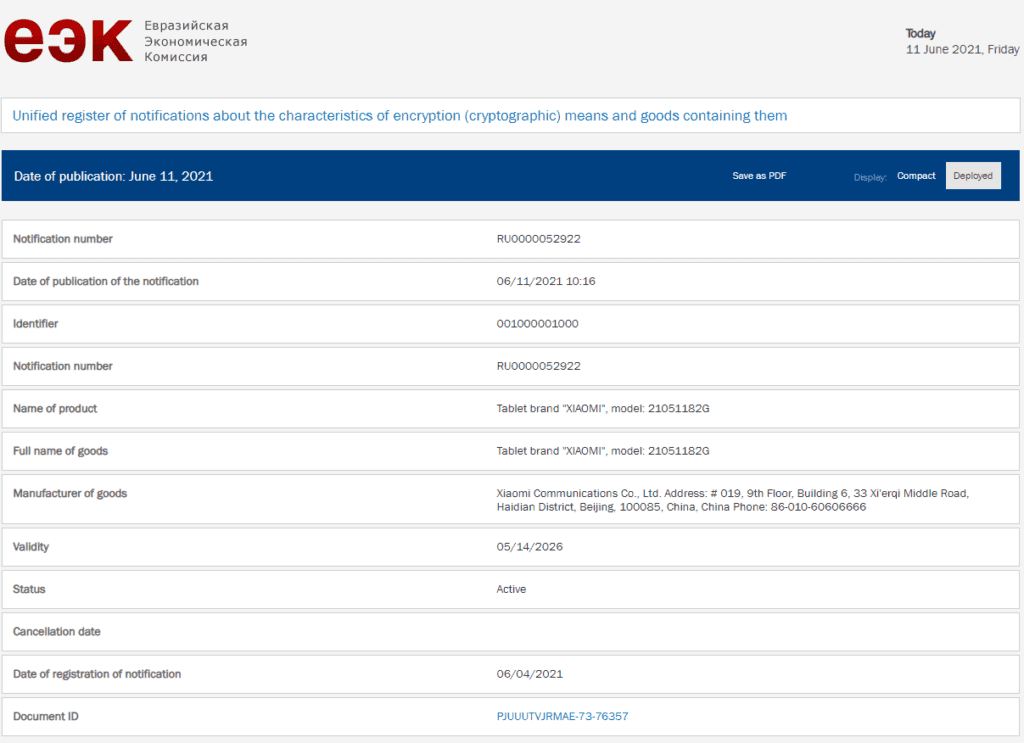 The Xiaomi Mi Pad 5 series will have three models. The models include Xiaomi Mi Pad 5, Mi Pad 5 Pro, and Mi Pad 5 Pro+. According to initial reports, one of these models will use a Snapdragon 888 SoC. However, the most recent report shows that all the models in this series will come with the Snapdragon 870 SoC. This tablet will also support 5G making it the first Xiaomi tablet to support 5G connection.

Xiaomi fans will not really be disappointed that the Mi Pad 5 will not get the SD888. Popular opinions believe that the SD888 on a tablet is overkill. Presently, the Snapdragon 870 is the most popular sub-flagship chip. This chip is even more interesting because its performance is not much different from that of the Snapdragon 888 flagship chip. Thus, it will most likely be a choice chip for flagship tablets.

If these devices use the same processor, then what differentiated them? probably the display. The Xiaomi Mi Pad 5 series will have both LCD and OLED models. Obviously, the high-end model will use the OLED display while the regular version will come with the LCD display. Whether LCD or OLED, the screen resolution will be 2560 x 1600 and it will support a 120Hz refresh rate. This tablet will also support a touch pen. Under the hood, the Mi Pad 5 series will come with a built-in 4260 mAh dual-cell battery (equivalent to 8720 mAh). The speculations so far claim that the Mi Pad 5 will arrive in July. The starting price of this series is expected to be within the 3,000 yuan ($469) price tag. The Xiaomi Mi Pad 5 will be a cheaper series relative to its competition.