Realme has been building the hype around its entrance in the tablets and laptops segment since the beginning of this month. Although reports have been suggesting the Realme Book and Realme Pad launches during today’s Realme GT keynote, the devices weren’t released. Instead, Realme decided to show teasers of the two upcoming devices in what we can call a “one more thing moment”. The company confirmed the devices’ names and that they are really coming soon, although we can’t really say when exactly at this point. We expect they will go official during the Realme GT 5G launch in India.

Unfortunately, not many details have been disclosed around the two devices. We only saw a prototype of the notebook and the spokesperson said the company has Realme fans in mind. The device is sleek and comes with a bezel-less design. There is also one render showing the thin profile of the laptop alongside two USB-C connectors. One of these ports will support fast charging. We assume that the 65W fast-charging technology very well known among Realme smartphones will be present there. The company also announced a co-creating program that will aggregate ideas from the community.

The first look is always special!
Which one of these do you want us to launch first?

RT & reply with your answers. pic.twitter.com/78bnXGMSvd

In addition, the company’s CEO, Madhav Sheth, shared teaser images showing the Realme Pad and the Realme Book. We haven’t seen much about the tablet, but the new image suggests flat edges and a slightly protruding camera module. It could be the power button sticking out from near the left edge of the device.

Realme Book marks BBK’s entrance in the segment of laptops

Interestingly, the Realme Book will be much more than just the company’s entrance in the laptop market. The laptop will be, in fact, BBK Group’s first attempt in the market of laptops. The group is behind popular Chinese brands such as Realme, Vivo, OnePlus, and Oppo. BBK seems to be confident that Realme popularity as a brand will be its best way to enter the segment. 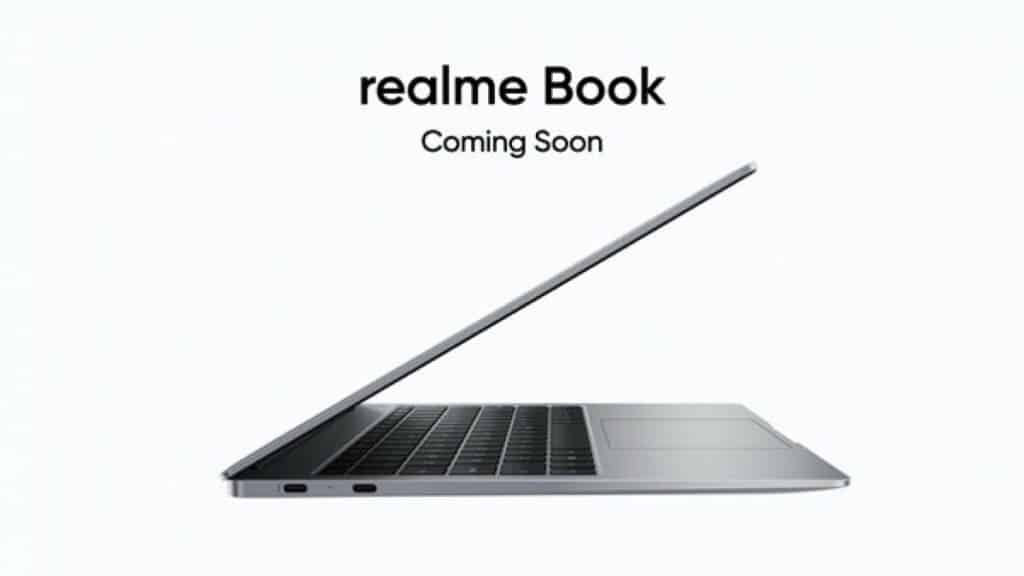 The same can be said for Realme Pad, which represents a niche where not many companies have been betting lately. In the Chinese market, we have Lenovo, Huawei, and Honor tablets. If we consider Android-powered tablets, we also have Samsung as one of the strongest firms betting in this segment. The new product will mark the company’s entrance in a new niche.

Realme has been expanding its business to multiple segments. Now it will consolidate its name in the tablet and laptop segments. We are excited to see how the devices will perform in these competitive segments.