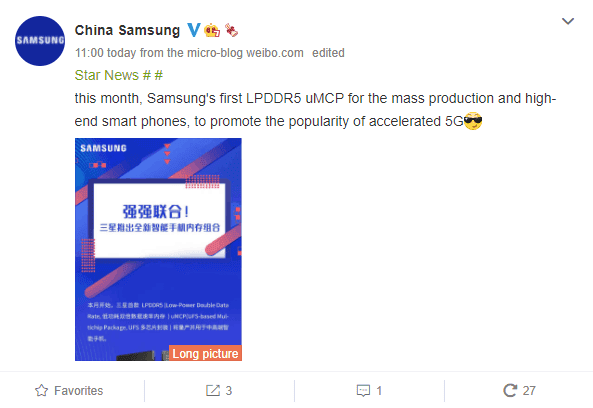 Samsung uMCP can provide extremely fast speed and large storage capacity with extremely low power consumption. It is worth mentioning that this product portfolio allows many functions that were previously only available on high-end flagship models. The likes of high-end photography, graphics-intensive gaming, and augmented reality will be possible on mid-range devices.