A long time has passed since the arrival of the Realme X7 series and the company seems to be preparing new smartphones to continue this premium mid-range lineup. We’ve been hearing rumors about a Realme X9 smartphone for quite some months, but apparently, it is finally is inching close to a release. Last year, Realme has chosen China to launch its Realme X7 smartphones, but this around, the company is likely picking India. The Chinese brand is gearing up for a new launch event in India. At this event, it will reveal the Realme Narzo 30 and Narzo 30 5G, and a new Realme Smart TV with 32-inch. Apparently, the new Realme X9 will mark presence in this event alongside the Realme Buds Q2 true wireless earbuds. 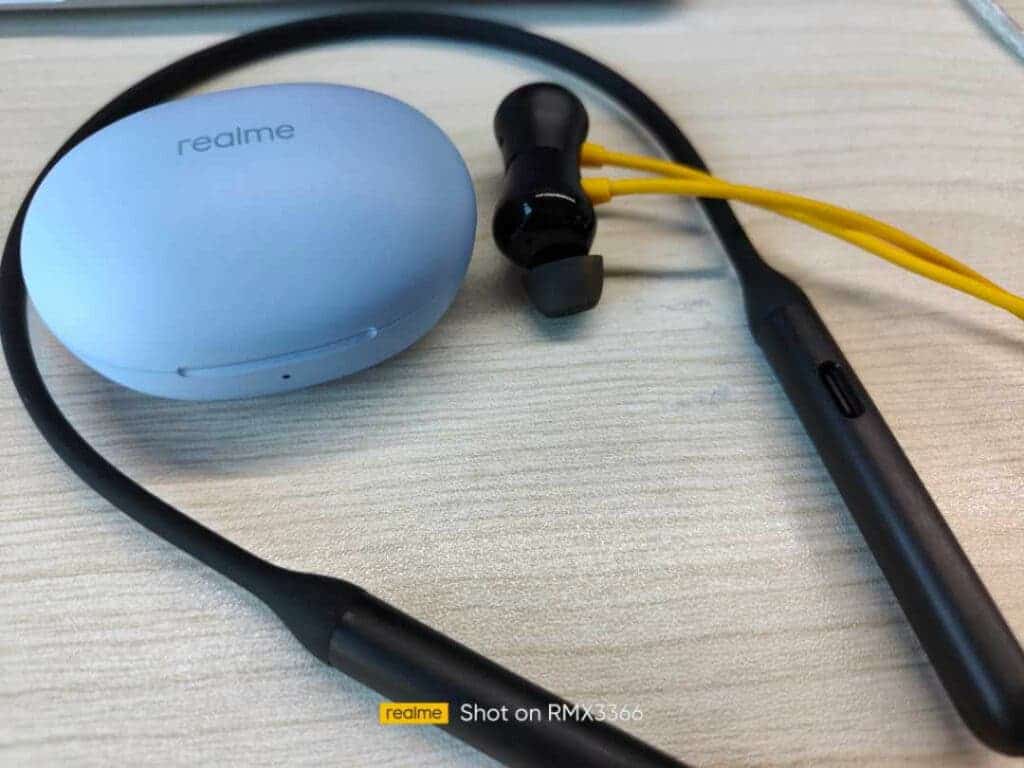 Ahead of the possible release, Realme India’s CMO Francis Wong has teased the upcoming Realme earbuds. Another interesting thing to note is the device the image was captured on. The image uploaded by Wong is shot on the Realme RMX3366. This model number is rumored to belong to the Realme X9.

The image shows the Realme Buds Q2 near the Realme Wireless neckband. The company has confirmed that the TWS will be available for purchase via Amazon. The hearables will also come with ANC, which is not present on the same model found in Pakistan. As per the rumors, the upcoming Realme true wireless earphones may be rebranded Buds Air 2 Neo.

As far as the Realme X9 goes, the new smartphone is set to sport a 6.55-inch OLED screen with a Full HD+ resolution. Hopefully, Realme will bring a high-refresh rate screen with 90Hz at the very least. The company disappointed some of its users by shipping the Realme 8 Pro with a standard 60Hz display. Hopefully, the X9 will fix this mistake. The smartphone will also draw its powers from a brand new Qualcomm Snapdragon 778G chipset. We expect the device to be paired with up to 8GB of RAM and up to 256GB of non-expandable storage. The handset will pack a 4,500mAh battery which may come alongside 50W or 65W fast-charging. The device appared on TENAA with Android 11 which confirms Realme UI 2.0 on top.

Worth noting that Realme is also preparing a Realme X9 Pro smartphone. It may come alongside the vnailla variant, but this is yet to be confirmed. The Pro will really be a “Pro” thanks to the Snapdragon 870 SoC. We expect more details to be revealed soon, as Realme is likely building a whole marketing campaign ahead of this release.

Previous Amazon Plan Is Similar To Those Of Google, Apple And Microsoft

Next There will be no Huawei Mate 50 series this year