Recently, Huawei’s Yu Chengdong announced the Huawei P50 series. But he also said that due to well-known reasons, the launch time of the series has not yet been officially revealed. Prior to this, there have been many rumors that the P50 will be postponed again. But if believing in a Weibo blogger, everything goes according to the plan and the P50 as well as the P50 Pro will be launched as scheduled.

As for now, the Weibo tipster said that Huawei’s P50 series is progressing smoothly and will soon appear on the shelves. Moreover, he revealed that the gameplay and optimization of the video are better than expected. The phone will do some job on the background when recording a video and it will also offer many functions after recording. Say, the discoloration and stuttering caused by the zoom of the video lens have been improved. And zooming will become smoother.

The Huawei P50 series will come with the HarmonyOS 2 system out of the box. Probably, this is the most interesting and differentiating feature of this line. But apart from this, our protagonist will also sport a punch-hole display and adopt a double-ring camera module design. Actually, it adopts a “3+1” camera layout, including 3 cameras at the top and 1 camera at the bottom. Recently, we began getting more and more renderings of this handset. They show that this phone will have several color options, including black, white, blue-green and golden-yellow. 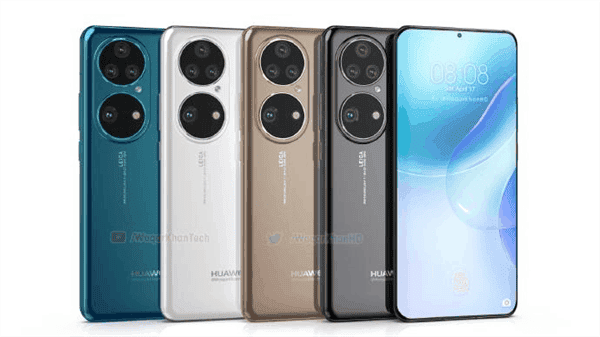 Starting from a concrete date, all Huawei P50 renderings look identical. This simply means the phones from this line will have the look we are talking about. Moreover, the camera on the rear will have a Leica support. The Huawei P50 series is expected to adopt a new outsole main camera IMX707. It should reach 1/1.18 inches. It will also have an aperture of f/1.8, a focal length of 18~125mm, and a 5x optical zoom.

In addition, this series will come with a 4200 -4300mAh capacity battery. The latter will support 66W wired and 55W wireless fast charging. Under the hood, the phones will use the use the latest Kirin 9000E/9000 processors.

Previous OnePlus will become an Oppo sub-brand, but will remain independent