Last week, an ISO image of a preview version of Windows 11 appeared on the Internet, which will officially launch on June 24th. Thanks to this, enthusiasts were able to familiarize themselves with the changes that the developers made to the software platform. Earlier, there were reports about the possible appearance of support for third-party widgets; and now it has become known that an active Internet connection is required to complete the initial setup process for Windows 11 Home.

It’s worth noting that the software giant has long insisted that users use their Microsoft accounts when setting up Windows. However, in Windows 10, you can skip this step by unplugging the Ethernet cable and selecting “I have no Internet” to continue the setup process and create a local account. The source says that in Windows 11 Home, this approach will not work; unless Microsoft makes the appropriate changes in the stable version of the OS. 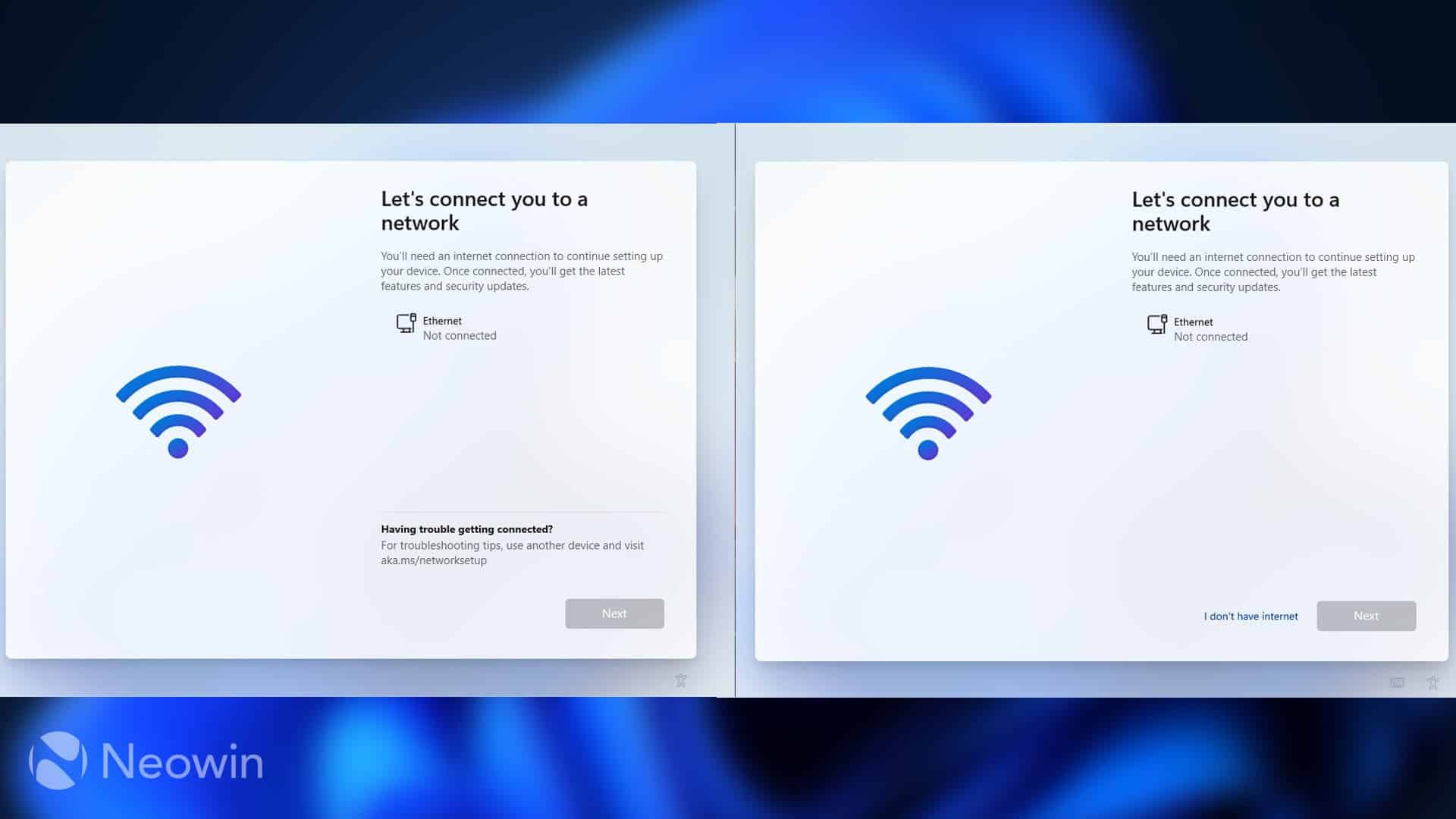 Enthusiasts testing the Windows 11 initial setup process on several virtual machines and found out that on the Wi-Fi Internet connection screen, there is no “I have no Internet” option, the use of which allows creating a local account. In addition, there is no “Offline account” option in the Login Options menu that follows the network connection page. The user only has to use a Microsoft account or start registering it.

And yet, enthusiasts managed to find a workaround, although it looks rather strange. It turned out that pressing Alt + F4 on the Internet connection page leads directly to the menu for creating a local account. At the moment, we do not know whether the developers are planning to more actively push users to use Microsoft accounts when setting up Windows 11 for the first time, or whether in the stable version of the OS this process will be similar to Windows 10.

Read Also:  Windows 11: Microsoft wants to add a search bar on the desktop 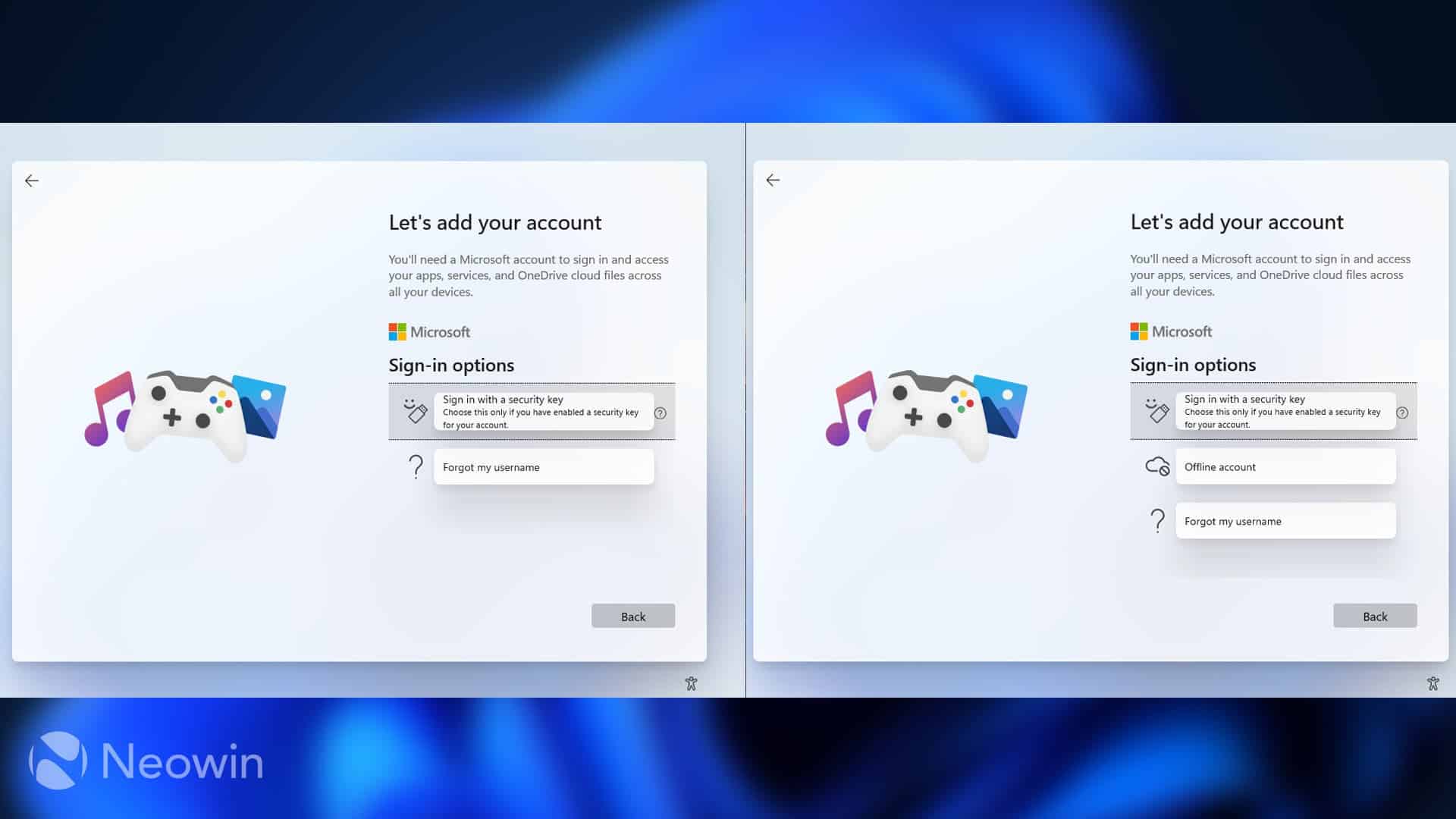 Even before the announcement, it became clear that Microsoft intends to return widgets to the operating system; an element that was present in Windows 7. Now it became known that in Windows 11 there may be support for widgets from third parties.

This test build contains the News and Interests widget, which was available to Windows 10 users earlier this year. However, this is not the end of the work with widgets. The source says that Windows 11 will initially support Microsoft’s widgets; but later it will be possible to use third-party products; allowing users to customize the operating system interface according to their own preferences.

Next OnePlus will become an Oppo sub-brand, but will remain independent