Amazon and Google issued statements on Tuesday opposing these proposals. Apple and Facebook are also targets of the House Judiciary Committee’s investigation into the digital market. But they have not yet issued a statement. Industry organizations supported by technology companies also fought back against this legislation. They say this will prevent these companies from operating commonly used consumer services and ultimately harm the interests of small businesses and entrepreneurs.

The six proposals will have a profound impact on the technology industry and beyond. Members of the US Congress will discuss these draft legislation and amendments, and then decide whether to proceed.

Google And Amazon Oppose More Than Others

Amazon and Google call on the House Judiciary Committee to stop these legislations. Most of these proposals were submitted in less than two weeks. So they were submitted to the committee for deliberation in a very short period of time.

Google’s vice president of government affairs and public policy, Mark Isakowitz, said in a statement that Google is not opposed to the new regulation. He added that the proposal currently on the table will “undermine” commonly used consumer services. 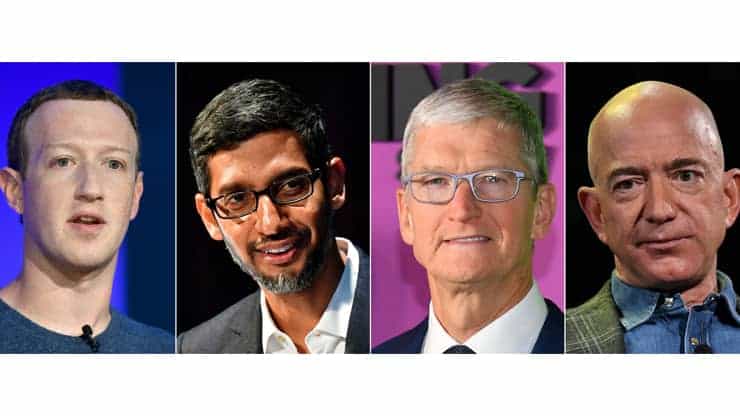 Amazon vice president of public policy Brian Huseman also said that this will have a “serious negative impact” on Amazon users and small and medium enterprises on the platform. Amazon is still evaluating these proposals.

A Facebook spokesperson said: “Antitrust laws should promote competition and protect consumers, not punish successful American companies. The surest way to address the challenges facing today’s internet is to tackle the areas of greatest concern to people like content moderation, election integrity, and privacy – not attempt to dismantle the products and services people depend on. These bills underestimate the unrelenting competition within the tech sector, including competition from foreign companies such as TikTok, WeChat, and Alibaba. The proposed bills aren’t a solution to the ever-changing challenges of the consumer internet; they are a poison pill for America’s tech industry at a time our economy can least afford it.”

Also Read: Amazon Plan Is Similar To Those Of Google, Apple And Microsoft

As a reminder, the two proposals may require structural reforms or spin-offs of several platforms. They prohibit large companies from owning and operating multiple business lines that have conflicts of interest, and prohibit discriminatory business practices.

There are also proposals that will help regulators in antitrust procedures, such as shifting the burden of proof in merger cases to the dominant platform, increasing merger application fees, and granting state prosecutors at the location of antitrust cases. Another proposal will force service providers to allow users to take away data. So it will be more convenient to switch to services on other platforms.