This year LG decided to leave the incredibly competitive smartphone market. The mobile division of the company “bled to death” for several years and finally it was decided to end all attempts to become a significant player. Smartphones under this brand are definitely not worth waiting for in the coming years, and the company sold off the remains of mobile phones.

Among the devices that sold out was the unreleased LG Velvet 2 Pro, known under the codename LG Rainbow. Its acquisition by LG employees cost $170 and, according to rumors, a total of 1,000 units were sold. One of those who purchased a smartphone posted a video with its unpacking on the network. 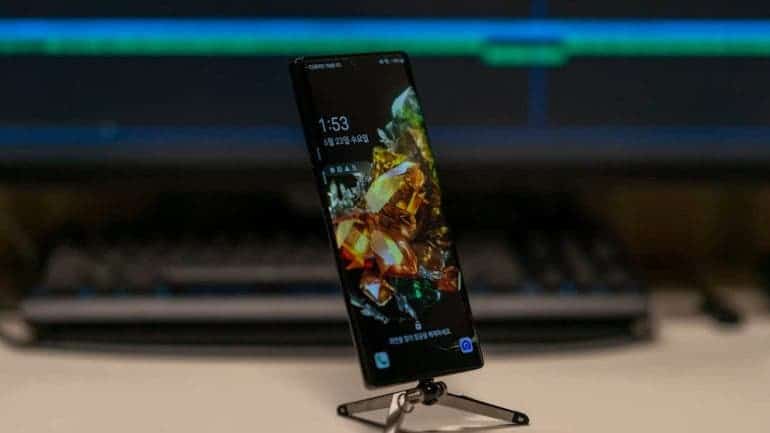 According to the results of our acquaintance with the LG Velvet 2 Pro, it was possible to establish that the smartphone received a curved P-OLED display with a diagonal of 6.8 inches with a FullHD + resolution and a refresh rate of 120 Hz, a Snapdragon 888 platform, 8 GB of RAM and a 128 GB flash drive. The device has a 4500 mAh battery with fast charging.

The LG Velvet 2 Pro runs Android 11 operating system with a proprietary user interface from the company. The rear camera received a main 64-megapixel sensor with an optical stub, a 12-megapixel wide-angle module and an 8-megapixel telephoto lens.

After the closure of the unprofitable division that produced smartphones, LG intends to monetize its developments in the field of mobile technologies. One way would be to find manufacturers who have violated its intellectual property rights.

“We continue to look for ways to exploit wireless technology patents and patent lawsuits may be the way these assets continue to contribute to LG’s revenue and innovation,” LG Electronics said in The Korea Times.

This does not mean that LG will necessarily turn into a “patent troll” living by taking money to use its technologies. Nevertheless, she plans a number of actions, including legal actions to protect her telecommunications patents. In particular, she intends to take a closer look at the products of companies; that, according to LG, use its developments without a license.

It is noteworthy that LG has repeatedly received compensation for violation of its rights. Earlier this month, a court in Germany ruled that Chinese electronics manufacturer TLC had infringed one of LG’s patents. A similar decision took place in two more episodes.

In 2018, LG filed three lawsuits in a German court against French smartphone maker Wiko; for infringement of standard essential patents (SEP) for LTE technology. Without any of the SEP solutions, the release of smartphones would be simply impossible. Although LG won all three trials, Weiko filed an appeal. In the appellate instance, the legality of two claims was confirmed, and another is awaiting a final decision this year. In 2017, LG filed a lawsuit against the American smartphone manufacturer BLU, which used five proprietary SEP technologies at once. Several months later, BLU agreed with LG to pay compensation.