The new Realme Smart TV Full HD features a 32-inch display. The panel has an ultra-bright Full HD 1,920 x 1,080-pixel resolution and up to 85% NTSC color gamut. The TV also offers a peak brightness of 400 nits and Realme’s proprietary chroma boost picture engine support. Powering the smart television we have MediaTek’s 64-bit Quad-Core chipset. This processing power gets aid from 1GB of DDR3 RAM and 8GB of Internal Storage. It’s not much but still is enough to handle common smart TV applications, especially where you don’t need much multi-tasking. The Android TV 9 Operating System is paired with Google Assistant support. 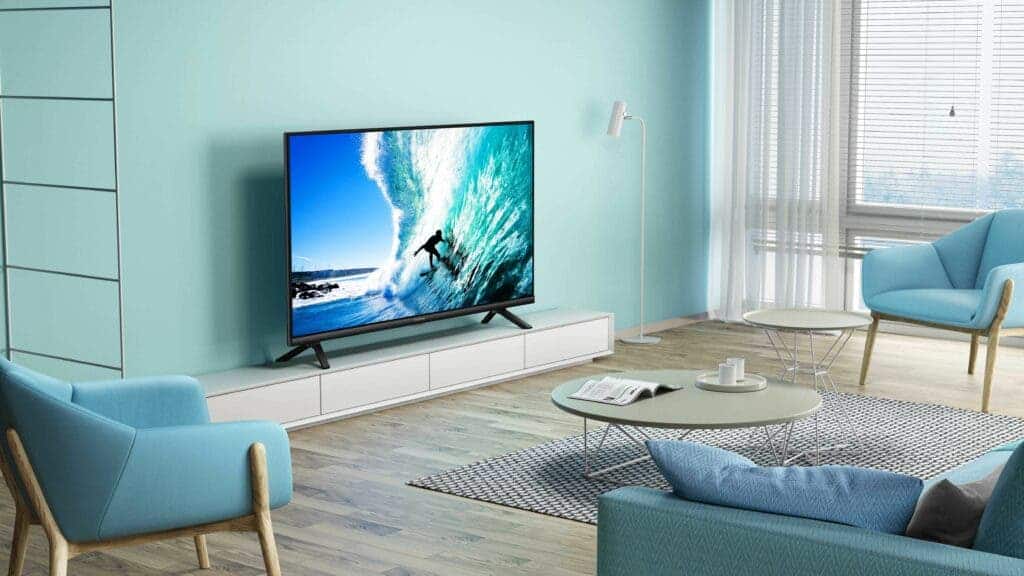 The Smart TV also has Chromecast built-in which lets you synchronize your smartphone’s online video programs, movies, and other content to watch on TV. As we mentioned above, the TV comes equipped with 24W quad stereo speakers that offer Dolby Atmos support. It also offers seven display modes. The list includes Movies, Sports, Standard, Vivid, games, Energy Saving, and much more. The television has a premium bezel-less design with the bezel measuring at just 8.7mm. HDR formats like HLG and HDR 10 are supported by the television.

The Realme Smart TV Full HD 32-inch retails at around INR 18,999 ($256). The device will go on sale starting from June 29th at 12 PM (noon) via Realme’s website, Flipkart, and other mainline channels. The Chinese brand is also running an introductory offer to attract customers. The first ones that purchase this new TV will get an INR 1,000 discount ($13,50).

We are curious to see how this new model will perform in India.