The Apple iOS 14.5 system update comes with a major feature, App tracking transparency. This feature requires App developers to provide a summary of privacy practices and explain to users where the collected data will go. At the same time, before an app can track user data, it must first obtain the user’s permission. However, this feature means that third-party apps have almost completely lost tracking opportunities. There are reports that more than 96% of iPhone users in the US prohibit apps from tracking. For this reason, so app developers are taking some enforcement measures. 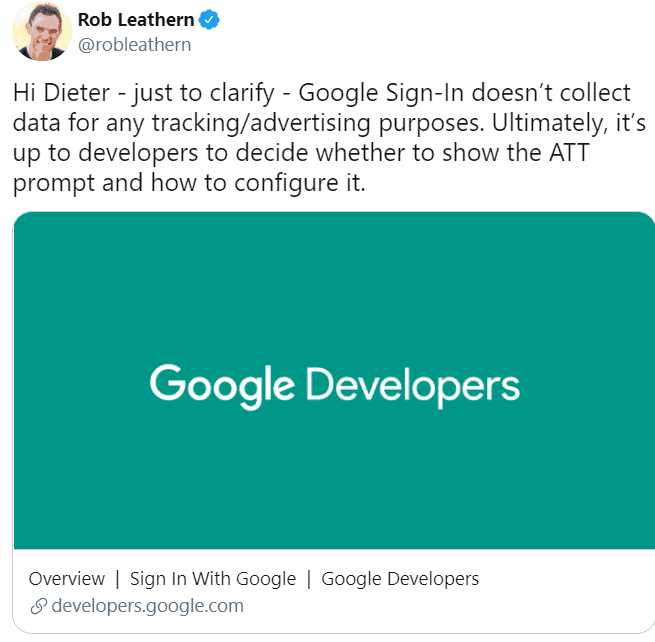 According to feedback from users, apps such as eBay and Microsoft Outlook reject third-party logins for users who did not allow tracking. The image below clearly shows eBay refusing users to log in with a Google account unless the tracking is active. 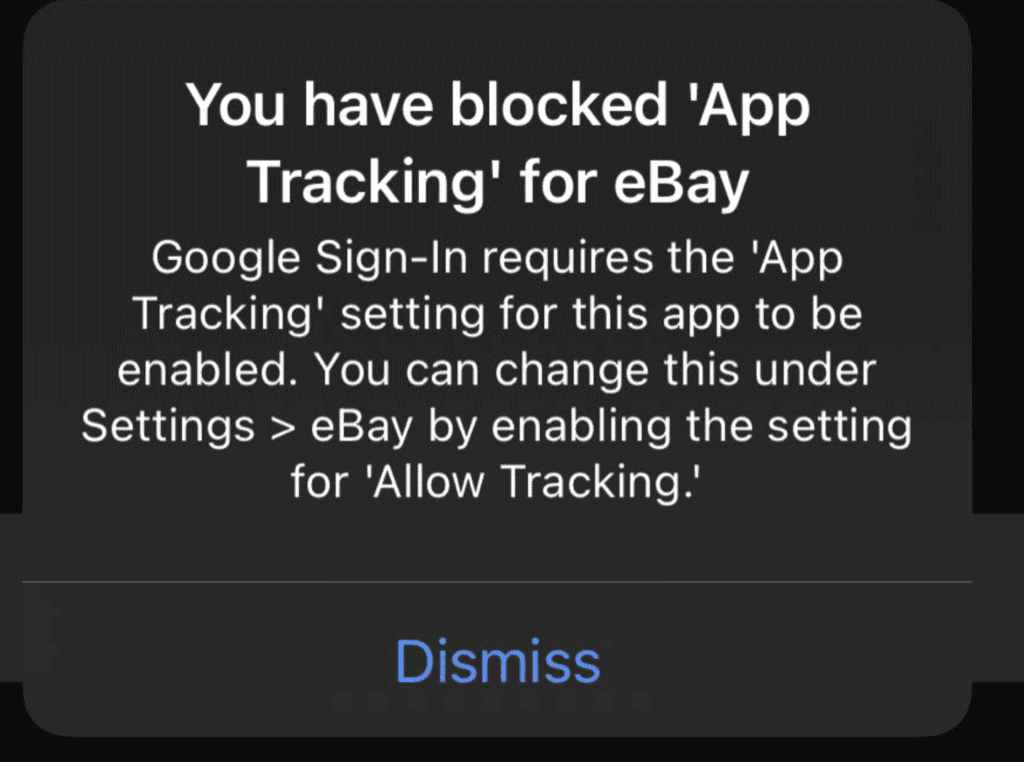 Rob Leathern, vice president of Google’s privacy product management, said that Google login does not collect any data for tracking or advertising purposes. When Apple launched the App tracking transparency function, it requires developers not to give users any incentives or force them to enable App tracking. It is not clear whether the third-party login function of the App belongs to this clause. As of now, there is no official response from Apple regarding this new development.

Side-loading apps on the iPhone will actually reduce user choices

Apple’s privacy director, Erik Neuenschwander, had his say regarding the company’s stance on sideloading apps on the iPhone. “Side-loading” means installing application software on the iPhone not through the App Store, but through a third-party channel. This practice (side-loading) is very common with Android devices He claims that sideloading to third-party app stores may affect the security, and privacy of iPhone users. Neuenschwander said that adding sideloading to iOS will actually reduce consumer choice because they can already choose third-party app stores through Android. He said: “In this case, sideloading actually eliminates the choice. Users who want to access the app directly without any censorship, today have sideloading features on other platforms. On the iOS platform, users understand that they cannot be fooled into some dark alleys or small roads. Even if they have no intention of doing so, they will be attracted by a side-loaded app.”

Neuenschwander also defended Apple’s policy of allowing sideloading on macOS instead of iPhone. He said that the number of iPhone users is 10 times that of Mac users, making it a more attractive target.

Next Android 12 Beta 2.1 is available with bugfixes