TCL launched a bunch of new products today alongside new important announcements for the smartphone market. While the actual mobile devices were absent, the company launched interesting products today for its AIoT and wearable segment. The company announced a new smartwatch dubbed TCL MOVETIME Family Watch 2. In counterpart, to the former MOVETIME Family Watch that arrived for older citizens, the new model comes targeting kids. In addition, the company also announced a pair of NXTWEAR G smart glasses.

TCL also marked its entrance into the smart glasses space with the launch of the NXTWEAR. The pair of smart glasses which was unveiled during an early MWC 2021 does not come with an AI assistant. It actually works using the smartphone. 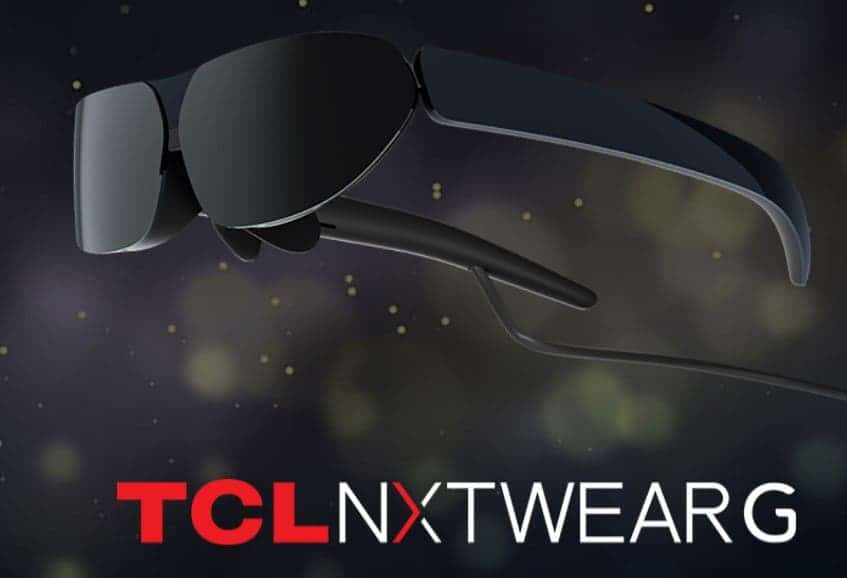 Smart glasses work by pairing to your smartphone, computer, or tablet and serving as a display. This is like a PlayStation VR headset that connects to your devices. It does not have a built-in battery, so your smartphone or PC is what powers it. Each lens of the NXTWEAR G has an FHD Micro OLED panel from Sony and provides an experience similar to watching a 140-inch screen from 4 meters away. TCL says the display follows your motion, allowing users to move freely. There are also stereo speakers integrated into the glasses.

It offers a 16:9 aspect ratio, a 47-degrees field of view, and a 60Hz refresh rate. It also has an accelerometer, a gyroscope, compass, and P sensor. The smart glasses work with any smartphone, 2-in-1 notebook, and a computer with a DisplayPort Alternate Mode. The price is yet to be revealed.

Read Also:  Google updates its Phone app to make it easier to use with one hand

The MOVETIME Family Watch 2 has a bigger 1.54-inch screen, though TCL does not say if it is AMOLED like its predecessor. The device is surrounded by thick bezels and housed in a chunky frame. The smartwatch also has a dual-tone pink and rose gold finish with a touch of purple for the button on the side and one of the free loops. The buckle is made of metal and has a silver finish. 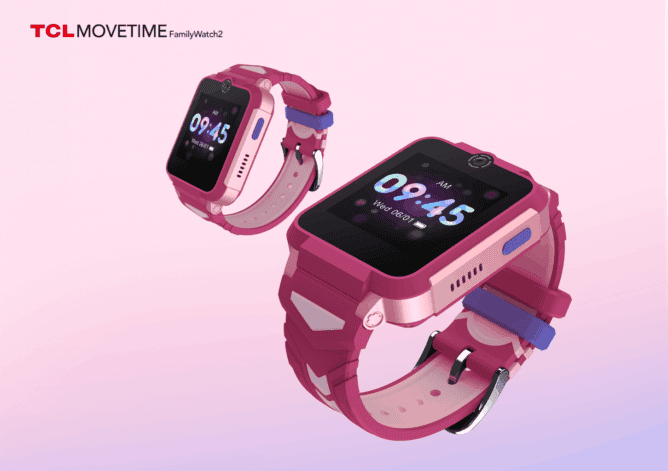 Safety is one of the key features the smartwatch offers. TCL brings real-time geolocation that shows where the child is at all times. The device also logs a full location history. Parents can create a safe zone geofence, and when the child leaves this area, they get an alert on their phones. TCL will begin selling the MOVETIME Family Watch 2 in August across Europe for 149 Euros. For now, there is no info about availability in other regions.