Microsoft released this Thursday (June 24) the long-awaited Windows 11. The new generation of the operating system for computers had already been the target of a series of rumors and leaks in recent weeks. The OS build was even available for download for a few days, before the company dropped the pages.

About updates to the security system, Microsoft Product Director Panos Panay says that Windows 11 is the most secure so far. 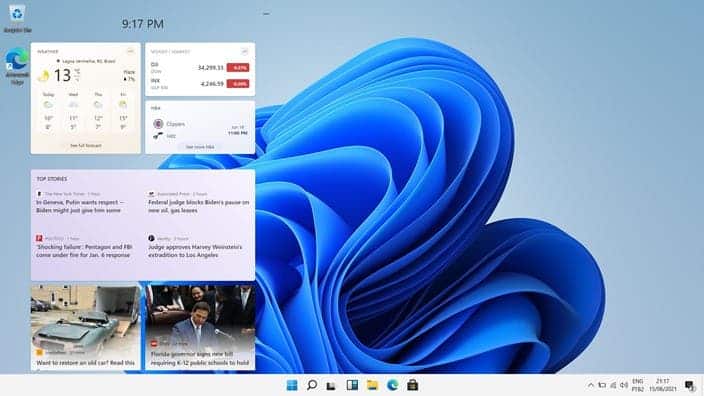 Windows 11 comes with a minimalistic and more modern look. As we mentioned in another article, the new software is clearly inspired by the Windows 10X project. One of the main differences appears right on the desktop, with the Start menu centered, unlike previous versions, when it was aligned to the left by default. Of course, you can easily place it in the left part.

The visual changes also include a new tab called Widgets for checking news and weather forecasts. Moreover, the windows now come with more rounded edges and Live Titles arrives as an optional feature. Another important change is the integration of its Teams video calling service directly into the taskbar. Windows 11 also brings Skype straight out of the box. In addition to Teams, the Xbox app for Windows was also integrated into the system. 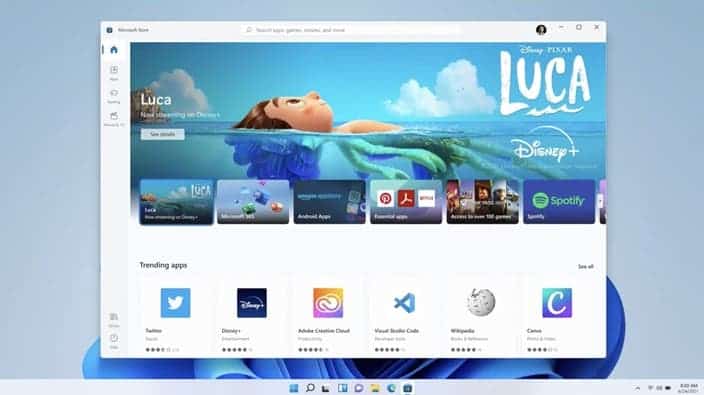 The Microsoft Store has undergone a major redesign and is now looking cleaner. Additionally, users can download and install Android apps straight from the store. Thus, apps developed for Google OS will run natively on Windows 11. Apparently, users will be able to download apps from Amazon Store. However, if it can run Android apps, we assume that it will be just a matter of time until someone finds a way to install a common APK into the software.

Windows 11 also features improvements to the overall sound and design experiences of Windows, making things look and feel more fluid when in use. There are improvements to Windows Snap Assist, with new snapping layouts to choose from, and a new menu that appears when hovering over app windows to select where you want an app to be snapped to. Users can access Control over window placement via the right mouse button on the maximize option. In it, you can choose the best way to divide the screen space.

When will Windows 11 reach users?

Microsoft will roll a free update for eligible Windows 10 PCs later this year, continuing through 2022. The company hopes to deliver the full-fledged version of Windows 11 this Fall. However, Windows insiders will be able to run a test build starting next week.

Next Tecno Phantom X is the company's first premium smartphone