In a few days, on June 28, Xiaomi will uncover its next top-end TV series, namely the Xiaomi Mi TV 6. The line will include at least two models in face of the Xiaomi Mi TV 6 Ultra and the Xiaomi Mi TV ES 2022. Today, as expected, the manufacturer continued promoting this product, saying it will come with a dual-camera system.

It turns out the Xiaomi Mi TV 6 will be the first large-screen product sporting a dual-camera. In fact, many TVs on the market sport a front camera. These smart TVs sporting AI cameras not only implement conventional voice control and support video chat, but also realize gesture recognition. Users can use smart TVs for AI fitness, AR education and somatosensory games. 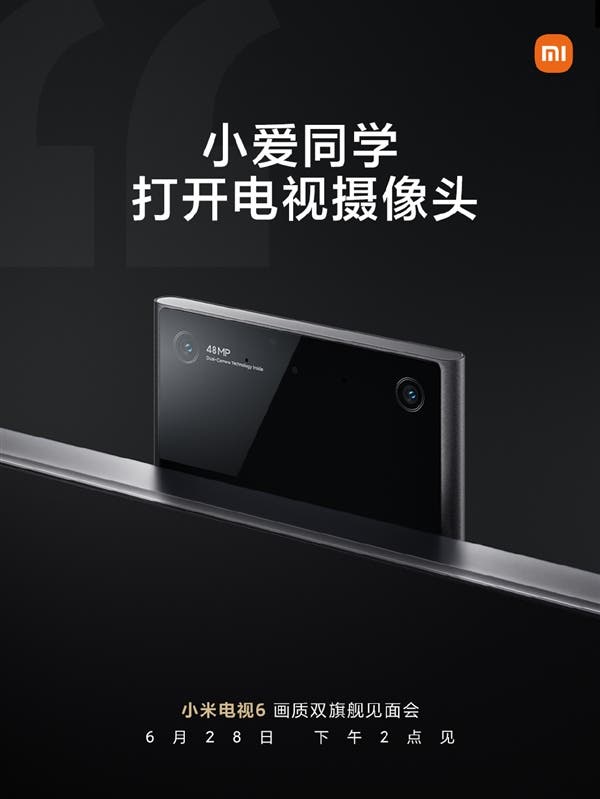 As you understand, the upcoming Mi TV 6 will implement all the aforementioned interactions as well as bring more gameplay.

Moreover, the Xiaomi Mi TV 6 Ultra uses a 100-level partitioned backlight design. The latter has been only used on high-end TVs before.

However, the Mi TV 6 is going to satisfy not only the eyes, but also takes care of the ears. Today, the manufacturer said that the Xiaomi Mi TV speaker broke through 100W for the first time. Thus, you can enjoy the shocking sound effect without an external soundbar. 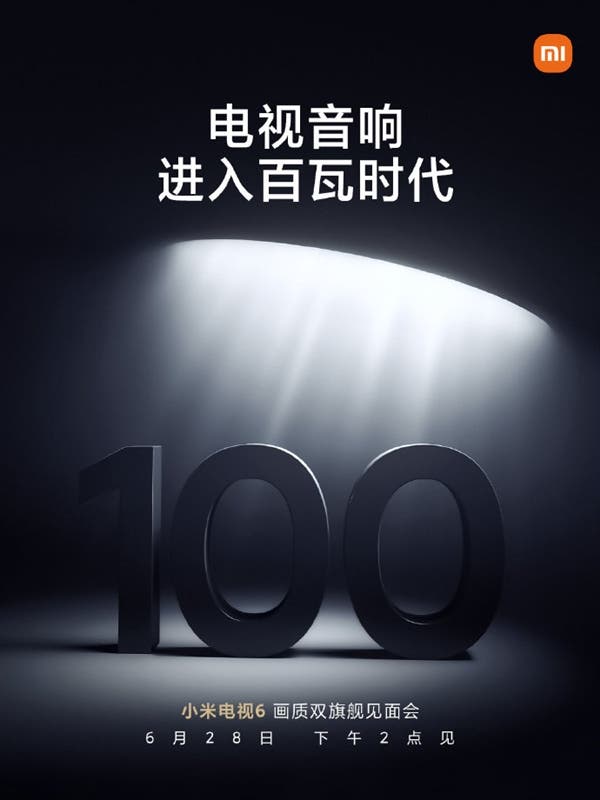 Previously, TV speakers were generally only a few watts or more than a dozen watts. So when placed in a large living room, it required a smart external Soundbar or home theater for better sound effects. 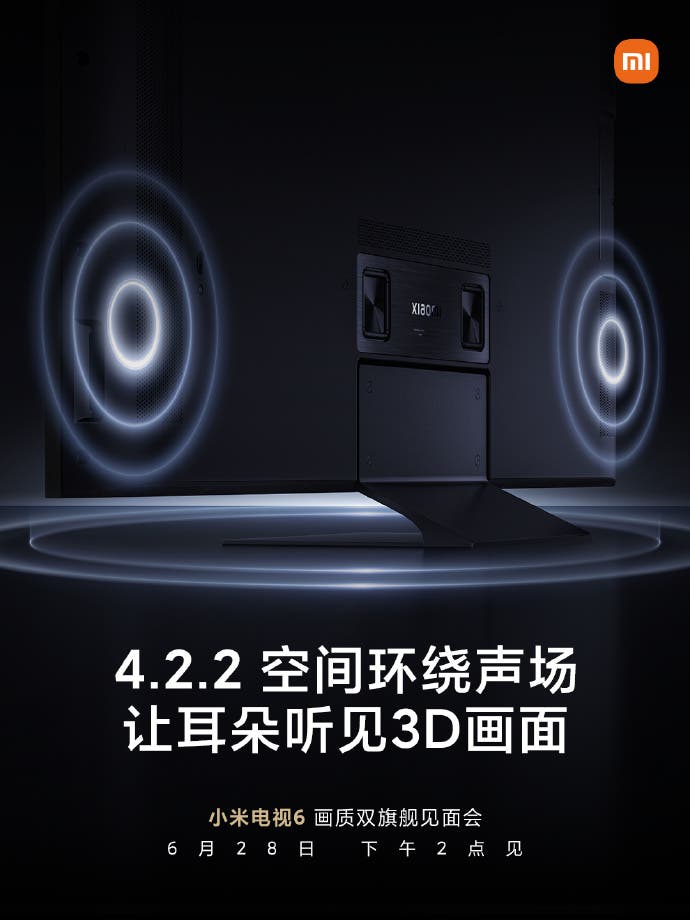 As you see, Xiaomi is going to release a genuine flagship product. The company proves they will benchmark Sony’s picture quality. This is too risky and ambitious.

Say, the Xiaomi Mi TV 6 Ultra, for the first time, will come with the Dolby Vision IQ and IMAX Enhanced, two major professional HDR certifications. The 0Dolby Vision IQ is adaptive to ambient light and dark.  so that good picture quality does not pick the environment, every moment is an excellent HDR movie viewing experience.

It is worth mentioning that the Mi TV 6 Ultra has also obtained Freesync Premium game display certification. So it will have the advantages of ultra-low game delay. At the same time, it will support Wi-Fi 6 and have two HDMI2.1 interfaces. 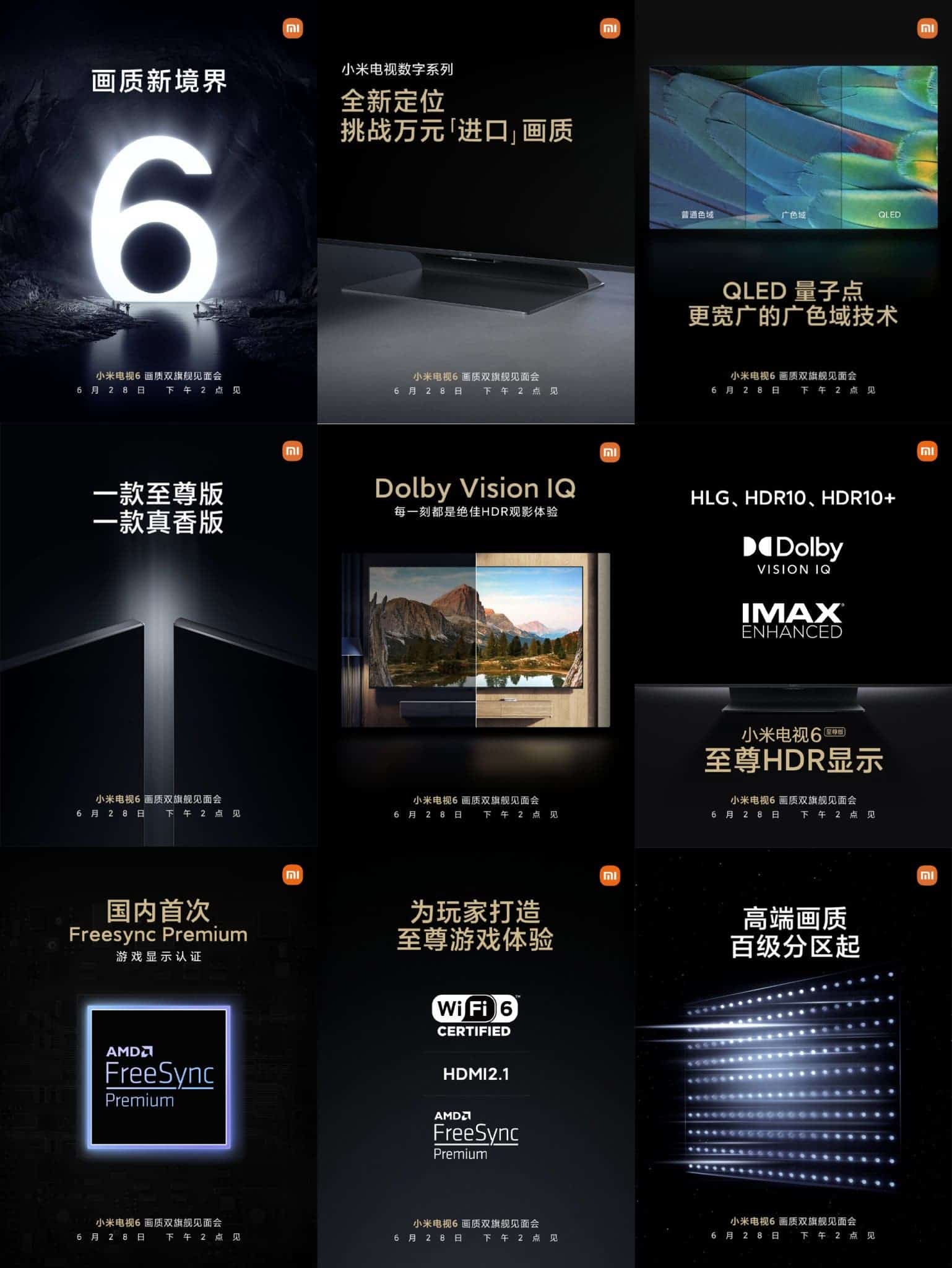