Back in the last month, OPPO has introduced its Oppo Reno6 series in China. Now, it’s natural to see the Chinese brand moving to bring these smartphones to other markets. According to a new report, the company will launch the Oppo Reno 6 Pro 5G in India in the next month. For those unaware, the OPPO Reno 6 series features three different smartphones. The Oppo Reno6, Oppo Reno6 Pro, and Oppo Reno6 Pro Plus. The Reno6 Pro 5G features a 90 Hz Curved AMOLED screen, MediaTek Dimensity 1200, 65 W fast-charging.

The report states that only the Oppo Reno6 Pro 5G variant will be launched in India. Apparently, the brand is deciding the launch date of the smartphone. It will reach the country in mid-July. So we can expect it to happen in the second or third week of July. For now, it’s unclear if the brand will bring the other two variants to India.

The OPPO Reno6 Pro 5G packs a 6.55-inch Full HD+ display with 2,400 x 1,080 resolution. This is a Super AMOLED screen offering support for up to a 90 Hz refresh rate. The device also has a punch-hole cutout design and a Corning Gorilla Glass protection. The screen has subtle curves to further affirm its premium appeal.

Under the Oppo Reno6 Pro 5G packs a MediaTek Dimensity 1200 chipset with up to 12 GB of LPDDR5X RAM and 256 GB of UFS 3.1 storage. This is MediaTek’s offering in the “flagship” department. The Dimensity 1200 boasts 1 x ARM Cortex-A78 clocked at up to 3 GHz. It also has three ARM Cortex-A78 cores clocked at up to 2.6 GHz and four power-efficient ARM Cortex-A55 cores clocked at 2 GHz. The handset runs with a ColorOS 11 skin based on Android 11. Moreover, the device draws powers from a  4,500mAh battery with support 65 W fast-charging. 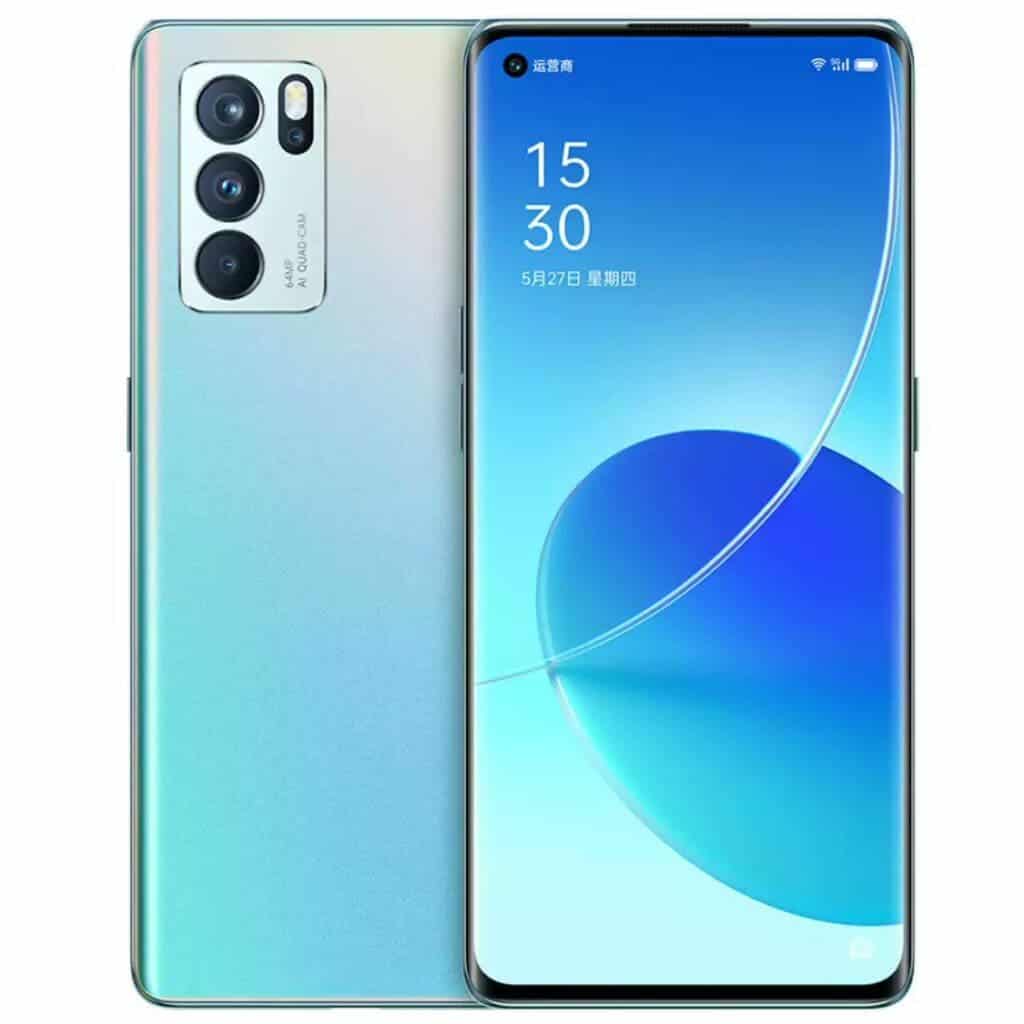 In the camera department, the Oppo Reno 6 Pro 5G offers a tiple-camera setup. It combines a 64 MP primary camera, an 8 MP ultra-wide-angle unit, and a 2 MP macro lens along with a LED flash. The punch-hole serves as a home for the 32 MP unit.

Oppo A36 launched with Snapdragon 680 and 90Hz display