Telegram developers have released a major update to the messenger, adding group video calls and the ability to share the screen. The update is already available to anyone interested according to the company’s website.

Users will be able to turn any voice chat into a video conference. For this, it will be enough just to turn on the camera on the device. The maximum number of direct participants in the video conversation will be 30 people, but the number of listeners and viewers is still not limited. The speaker’s image can be enlarged to fill the entire screen or evenly split the screen into four speakers. In the future, the developers plan to increase the limit of interlocutors, but the number has not been specified.

The developers have also added the ability to share the screen with viewers. In addition, conference participants will be able to do this in parallel.

Telegram representatives also reported on a number of technical improvements. For example, the company has improved noise cancellation and optimized the app for laptops, computers and tablets. On the latter, the messenger will adapt depending on the horizontal or vertical position of the screen. We can find the rest of the details on the Telegram website.

A day earlier, “Pavel Durov” announced the development of a platform for broadcasts based on the messenger. It was assumed that Telegram plans to integrate the ability to broadcast using OBS. It is not yet clear whether there were any unfinished functions for group calls or the creation of a separate stream platform based on the service. 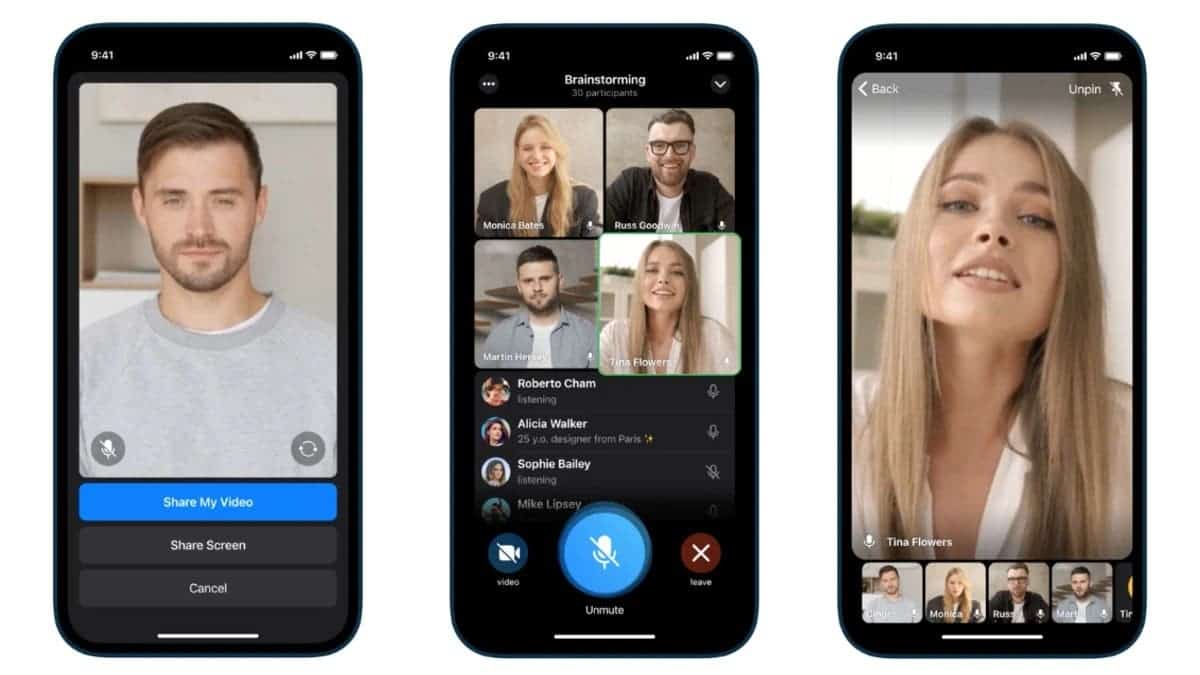 Voice chats in any group can now seamlessly turn into group video calls – just tap the camera icon to switch your video on.

Tap on any video to make it fullscreen. If you pin a video, it will stay focused as new users join the call and turn on their cameras.

To start a voice chat, check the ⋮ menu in the profile of any group where you are an admin (on iOS, you will find a ‘Voice Chat’ button right in the group profile).

While audio-only participants are unlimited, video is currently available for the first 30 people who join the voice chat. This limit will increase soon as voice chats take on streaming games, live events and more.

In addition to your camera feed, you can also share your screen – or both at the same time.