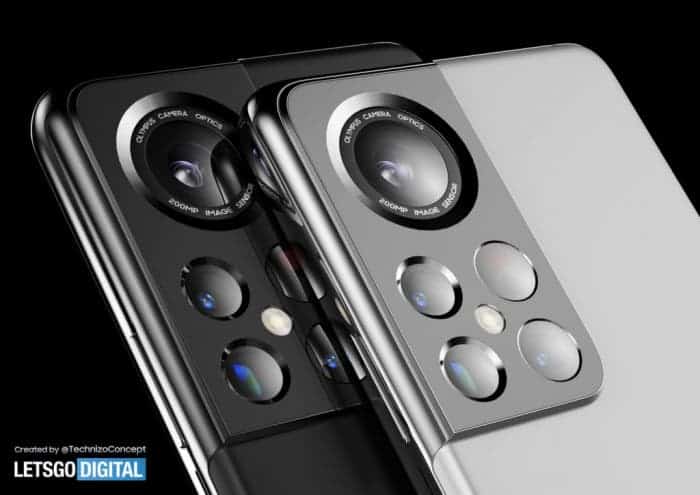 The front panel will be like the company’s flagships. A display with thin frames and rounded edges and a round hole for a selfie module. They promise that the diagonal screen of the Galaxy S22 Ultra will be 6.81 inches and will have a resolution of QuadHD +. It will be the only flagship in the lineup to receive an LTPO panel with an adaptive refresh rate. 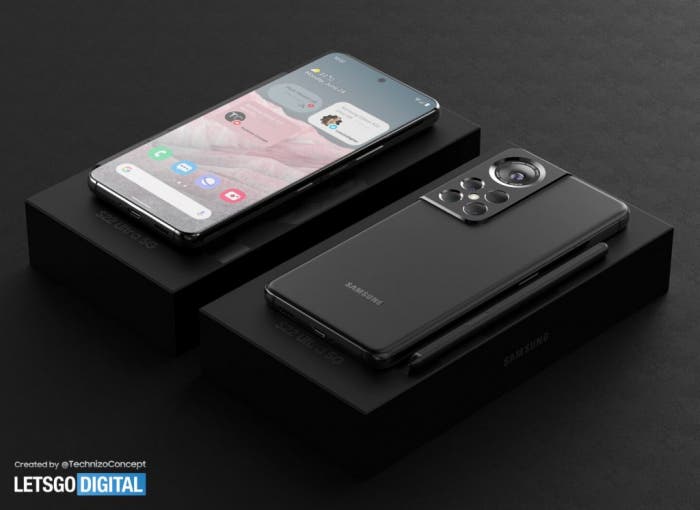 Here’s how the Samsung Galaxy S22 Ultra could look like

Another difference of this model from other devices in the series will be a glass back panel, while Galaxy S22 and Galaxy S22 + will receive a plastic back. They will offer support for the S Pen, a cooling system with a fan, and possibly a camera under the 44MP display. The last feature of the Galaxy S22 Ultra is questionable, not sure if Samsung has mastered the new technology and is ready to offer a self-contained solution. 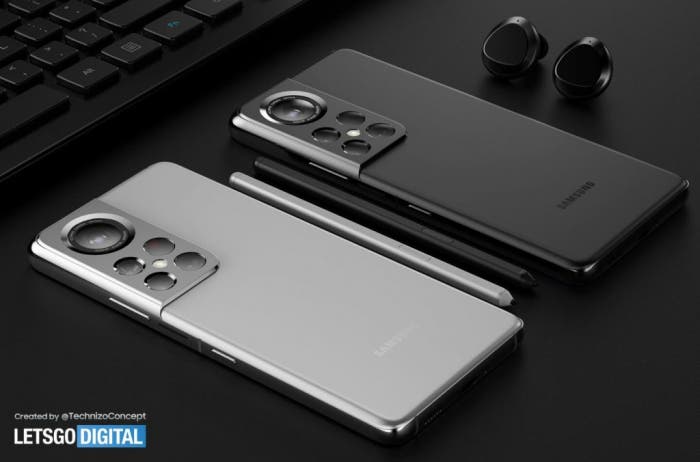 The chip and the main selling feature of the smartphone will be the camera; which should be set up by Olympus specialists. The block design resembles the Galaxy S22 Ultra, but one sensor will be especially large. Its dimensions are big due to the 200-megapixel sensor that will integrate it. True, according to other information, the company refused to increase megapixels; and will offer a 50 megapixel module as the main one. There will be a telephoto lens and even support for sensor-shift optical image stabilization, according to some recent reports. 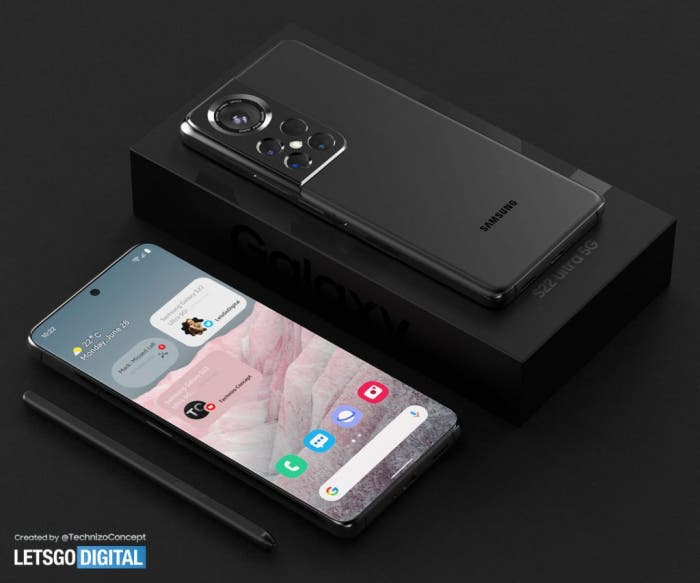 The Samsung Galaxy S22 Ultra should offer an Exynos 2200 or Snapdragon 895 chip; and up to 16GB of RAM and up to 1TB of flash storage. The battery capacity can be 5000 mAh; and the gadget will be controlled by the proprietary One UI 4.0 shell based on Android 12. The price tag for the flagship in the basic version should be in the range of 1250 to 1300 euros. In any case, we are still more than 6 months away from the expected launch of the device.

Next Qualcomm unveils Snapdragon 888 Plus SoC for flagship smartphones