The Samsung Galaxy S23 series is pretty close to launch. According to tips and previous leaks, Samsung is all set to hold a launch event in early February. Now, although the launch event is just a month away, the leaks are still going strong!

A few days ago, we learned some key features of the Galaxy S23 Ultra. Then, leakers made the images of dummy units public. Those gave us information about the device’s size, dimensions, and overall outlook. And now, through leaked promotional images, we have an official look at the design of the devices.

91Mobiles has just published the marketing images of the Galaxy S23 series. And from these images, we now know what the Galaxy S23+ and Galaxy S23 Ultra’s signature colors will be.

On that note, the promotional images showcase Samsung’s existing wearables and earbuds. That means the launch event will be all about the Galaxy S23 devices. And Samsung might hold a separate launch event for its future wearables. 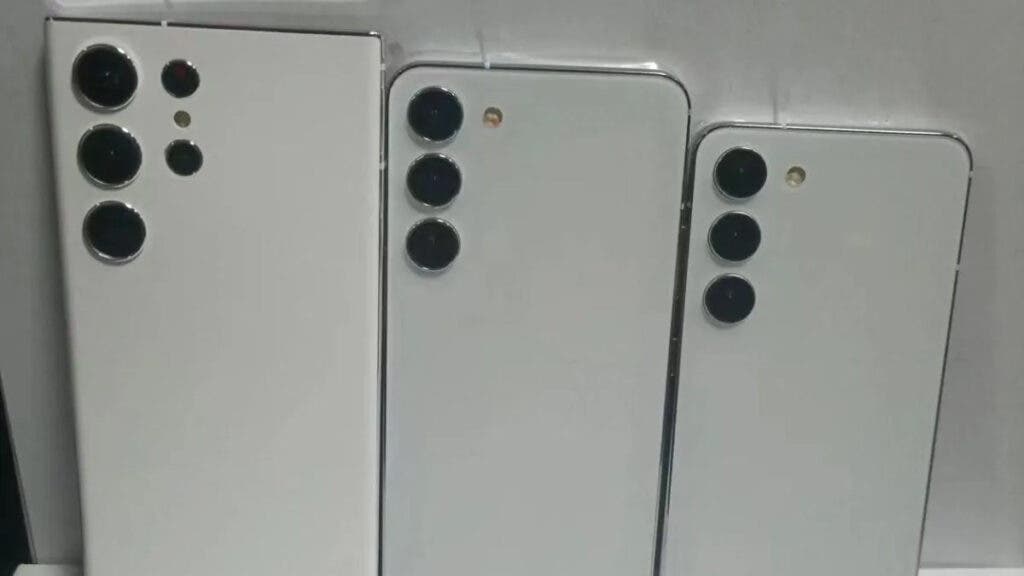 Furthermore, Samsung has moved away from the camera island design found in the Galaxy S22 and S21. Now, the design of the S23+ is in line with the S23 Ultra on the back. It features individual camera rings. And from the dummy unit leak, the vanilla S21 is expected to have the same design on the back.