With the release of the Snapdragon 888 Plus, the new flagships to arrive in the second half of the year will begin to hit the web. Various manufacturers will launch new flagships with this new processor. Most of these smartphones will arrive after September. As usual, OnePlus will launch the OnePlus 9T Pro in the second half of the year. This device is an upgrade of the OnePlus 9T which is yet to arrive. However, it is still based on the OnePlus 9 series. The overall design concept will not change much. Nevertheless, there will be a few tweaks to the rear design and an upgrade in the processor. 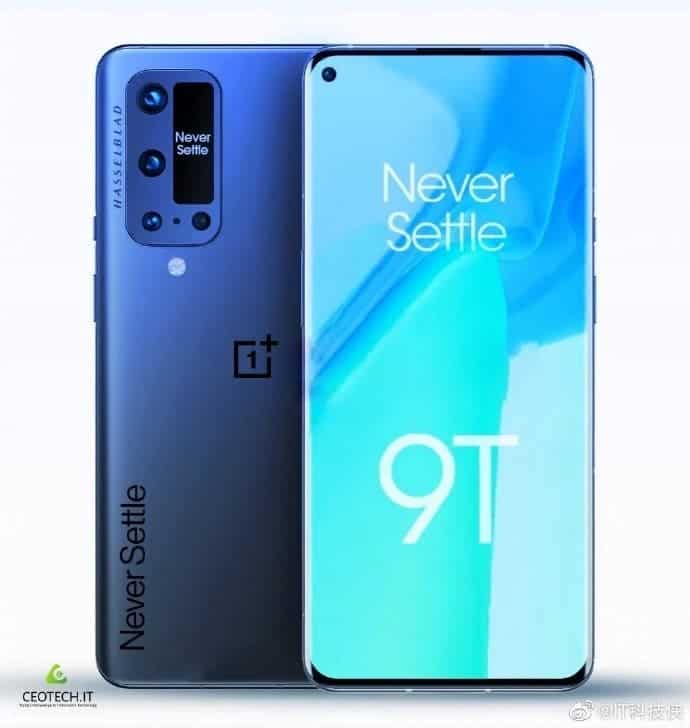 The latest leak of the OnePlus 9T Pro shows that this device retains the front upper left punch-hole design of the regular model. There is no significant change to the front of this device. On the rear, however, there is a significant change. This device comes with a rear display just like the Xiaomi Mi 11 Ultra. However, it still retains the quad-rear camera setup on the previous model. As of now, the specific role of this display is still under wraps. However, if it got its inspiration from the Mi 11 Ultra, then it will assist the front camera and display notifications. From the speculation so far, this display will allow this phone to have a powerful post-shooting function, and a self-timer preview should not be absent.

The OnePlus 9 series is well received for its excellent imaging system. The entire series adopts a unique dual main camera system. The Pro version is equipped with an exclusive custom IMX766+IMX789 two main camera sensors, of which IMX766 is responsible for the ultra-wide angle shots. These smartphones also come with a free-form surface lens, which basically eliminates the problem of wide-angle distortion.

At the same time, the OnePlus 9 series also launched the Hasselblad imaging system for the first time. It supports the Hasselblad professional mode, which can quickly and accurately focus through the peak focus function. It can also shoot 12-bit color depth RAW format photos, capturing up to 68.7 billion colours. This is very convenient for post-processing. We do not expect this feature to be absent on the OnePlus 9T series.

As for performance, the OnePlus 9T Pro will be upgraded to the newly launched Snapdragon 888 Plus chip. It will also come with the LPDDR5 + UFS 3.1 storage combination. This has become like a standard for flagship smartphones in the industry.