Since the debut of Apple’s first generation of iPad, the Pad craze has swept the world for a time. Perhaps due to the acceptance of the iPad, major smartphone manufacturers have successively joined the tablet market. The likes of Huawei and Samsung have always been in the market. However, other manufacturers like Xiaomi are now planning to take the tablet market more seriously. Before the pandemic, the tablet market was plunging and unlucrative. However, the advent of the pandemic led to an increase in the demand for large display devices. Users now need these large displays for home office work, online classes, and so on. From the latest information, a OnePlus Pad should be on its way. 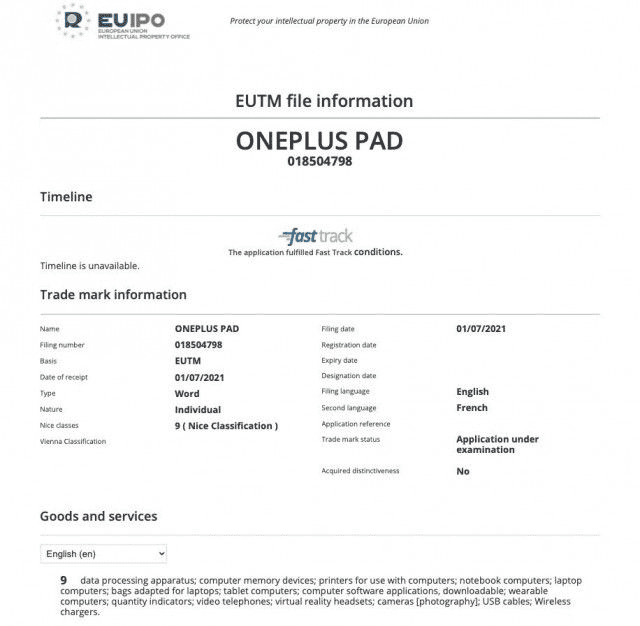 The latest report on smartphone manufacturers joining the tablet market shows that OnePlus will have a tablet soon. According to reports, OnePlus recently applied for the OnePlus Pad trademark on the European Union Intellectual Property Office. Although the EU Intellectual Property Office documents reveal the OnePlus Pad, there is no other information on this device.

The report pointed out that the OnePlus Pad trademark applied by OnePlus was found in the EU Intellectual Property Office documents, but there is no other information about the OnePlus Pad. So far, smartphone manufacturers that will release tablets this year include Xiaomi, Realme, and Vivo.

OnePlus and Oppo getting ready for a merger

Since its inception, OnePlus has been in association with BBK. Actually, BBK Electronics market its smartphone under brand names like Oppo, Vivo, OnePlus, Realme, and iQOO. Now, there are reports that OnePlus and Oppo will merge. OnePlus did not directly confirm this, but there was every reason to believe that in fact, it was not a “brother”; but a “daughter” of Oppo, where one of its founders, Pete Lau, once worked as vice president.

The whole world knows about OnePlus today. Its story began in 2013 when a startup was born that promised to challenge the largest corporations that shamelessly profit from ordinary consumers by offering smartphones at inflated prices. They were offering products at a fair price. Everything was looking perfect and the bet on the manufacturer of “flagship killers” was successful. Throughout its history, the brand has diligently formed the image of an independent company in the minds of users; ignoring criticism that its products in some cases are surprisingly similar to the solutions of Oppo. But last year, both companies realized it was time to get closer; by bringing together the team of developers and engineers.

Next TikTok has deleted over 7 million accounts belonging to minors