Early this year, Xiaomi applied for a smartphone patent that shows two bold quad-curved waterfall screen designs. The only difference between the two patents is the curvature at the round corners. In one, the screen wraps around the rounded corners just like the MIX Alpha. These patents do not have any physical button on all four sides of the frame. There is also no punch-hole or bezel on all four edges.

Based on the patent sketches, LetsGoDigital produces a set of renders of the smartphone. We can see from the images that Model A uses a flexible screen to cover the front and four sides of the phone. However, this display does not wrap around the sides of the smartphone. The frame of the phone is divided into 4 segments, and the edge of the screen does not completely wrap the side frame. The camera module on the back of the phone adopts a two-stage ladder design, the main camera is relatively thick, and there is a microphone opening at the bottom. 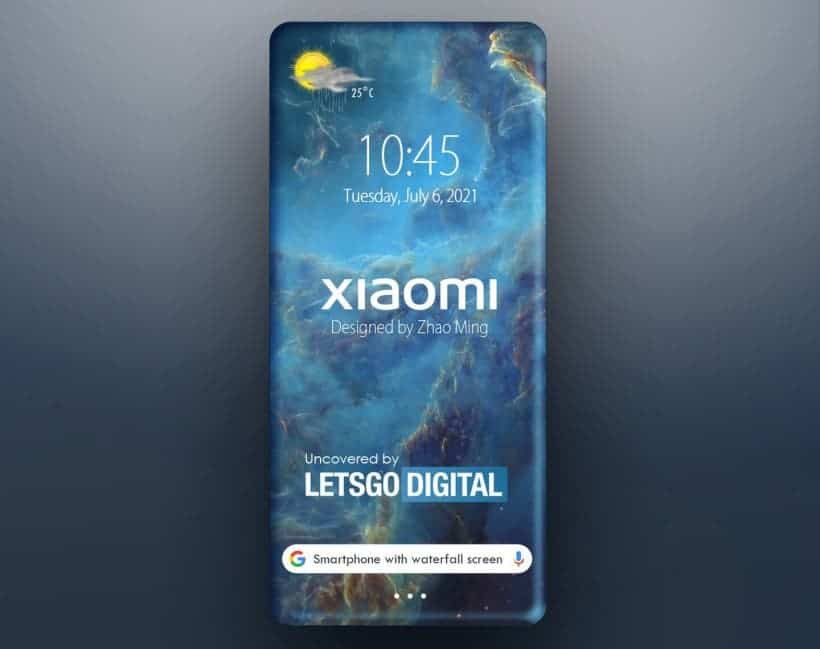 The second Xiaomi design, Model B, is even more attractive. The screen of the mobile phone completely covers the corners, presenting a perfect 90° waterfall screen effect. Furthermore, there are no openings and blank spaces on the screen. In other respects, the frame and back cover design of the phone are the same as the first.

Looking at these renders, the design is absolutely futuristic and we may not see such smartphones anytime soon. Also, these smartphones will obviously come with an under-screen camera solution. In addition, there are no openings for the earpiece, speaker, microphone, etc

This is not the first of a kind smartphone for the Chinese manufacturer. Xiaomi has previously released the surround screen concept phone, Xiaomi Mi MIX Alpha. The screen of this concept phone has a side frame that covers the back of the phone, and the width of the upper and lower frames is 2.15mm. It does not come with any physical button on the side. It uses touch and pressure sensing methods to achieve the features of the side buttons. This smartphone comes with a Samsung 108MP camera and the price is 19,999 yuan (>$3,000). However, it is important to note that the Xiaomi Mi MIX Alpha never hit the market. If the solution in the Xiaomi patent pulls through, it will probably use the MIX Alpha’s screen sound and other technologies.