With the release of iOS 14.5, all apps that use user data are required to request permission to track activities in order to serve relevant ads. They were left with no choice – they are obliged to send the user a request to access his Ad ID.

Not all software developers liked this innovation, and they began to look for workarounds. A number of Chinese companies, including Baidu, Tencent, ByteDance, have teamed up in a technology group to work with the Beijing State Advertising Association of China (CAA) to develop a way to bypass Application Tracking Transparency.

The idea was to release app updates with a bypass algorithm (CAID) built into them. The calculation was also that Apple would not want to lose its audience in the Chinese market, so it would not dare to massively block the software. But the Cupertino-based company has decided to harshly suppress all attempts to infringe on privacy by application developers. 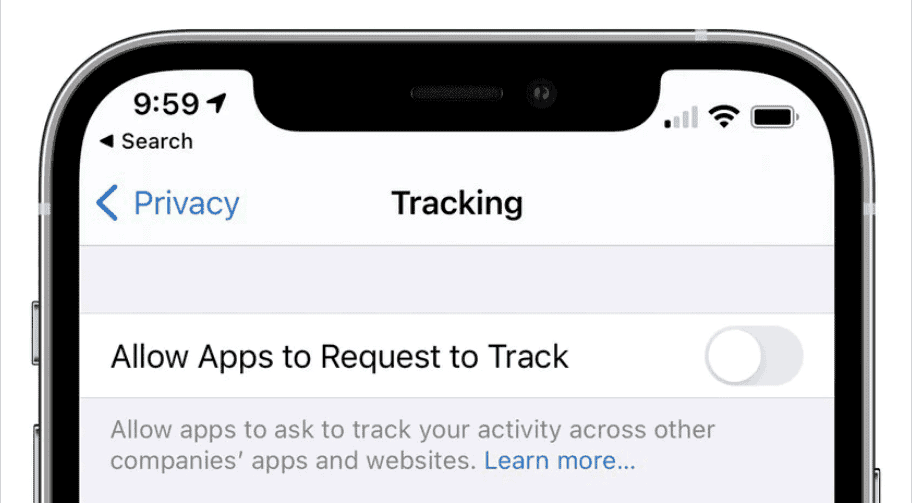 Apple has clearly stated that the CAID mechanism is against the App Store terms. It simply will not allow utilities that contain algorithms to bypass the prohibition on surveillance into the open spaces of its application store. In addition, it recalled that the terms and conditions of the App Store are equal for all users, it will not do any favors to anyone.

In the meantime, the application transparency mode has led to a churn of advertisers from iOS devices. From May to June, their number decreased by 17%; and they now chose the Android platform as a platform for their advertising. According to experts, 70% of users refused to have applications track their actions.

The increase in the number of advertisers has already triggered a 30% increase; in the cost of advertising on the Android platform. But the trick is that Google also intends to implement a transparency mechanism in Android. Such actions of the tech giants can have a serious impact on the advertising services market; and a number of companies will have a hard time. Targeted ad revenues will fall.

Less than 33% of iOS users have allowed apps to track their activity, according to research firm Branch Metrics. As a result, the amount spent by advertisers on the Apple mobile platform decreased by about a third; in the period from June 1 to July 1 this year. At the same time, their ad spend for Android users grew more than 10% in the same month. Difficulties in collecting data from iOS users have led to an increase in the demand and price of advertising for Android. Recall that according to available data; about 72.8 percent of smartphones worldwide are powered by Android, while iOS accounts for 26.4 percent.

Next MIUI 13 has a huge responsibility - completely overhauls MIUI 12.5