There is a smartphone segment that is not attractive for all manufacturers. We mean only a few of them design products for the niche. As you guess, we are talking about the gaming smartphones market. At the moment, only Xiaomi’s Black Shark, ZTE’s Nubia and ASUS’ ROG are making gaming smartphones. (Of course, we shouldn’t ignore the Razer as well.) Plus, there are a few special models designed with this purpose in mind. When saying this we mean the Redmi K40 Gaming Edition. However, it seems that other brands are thinking about entering the niche as well. At least, OPPO is doing.

Earlier today, a Weibo blogger showcased an OPPO gaming smartphone appearance patent. From it, we can see that the design of the machine is very stylized. It comes with a splicing texture on the back and a white circle in the middle. You know that gaming smartphones are thought to have a distinguishing look. But when looking at the recent gaming smartphones launched by the mentioned brands, we see that they have become more common. 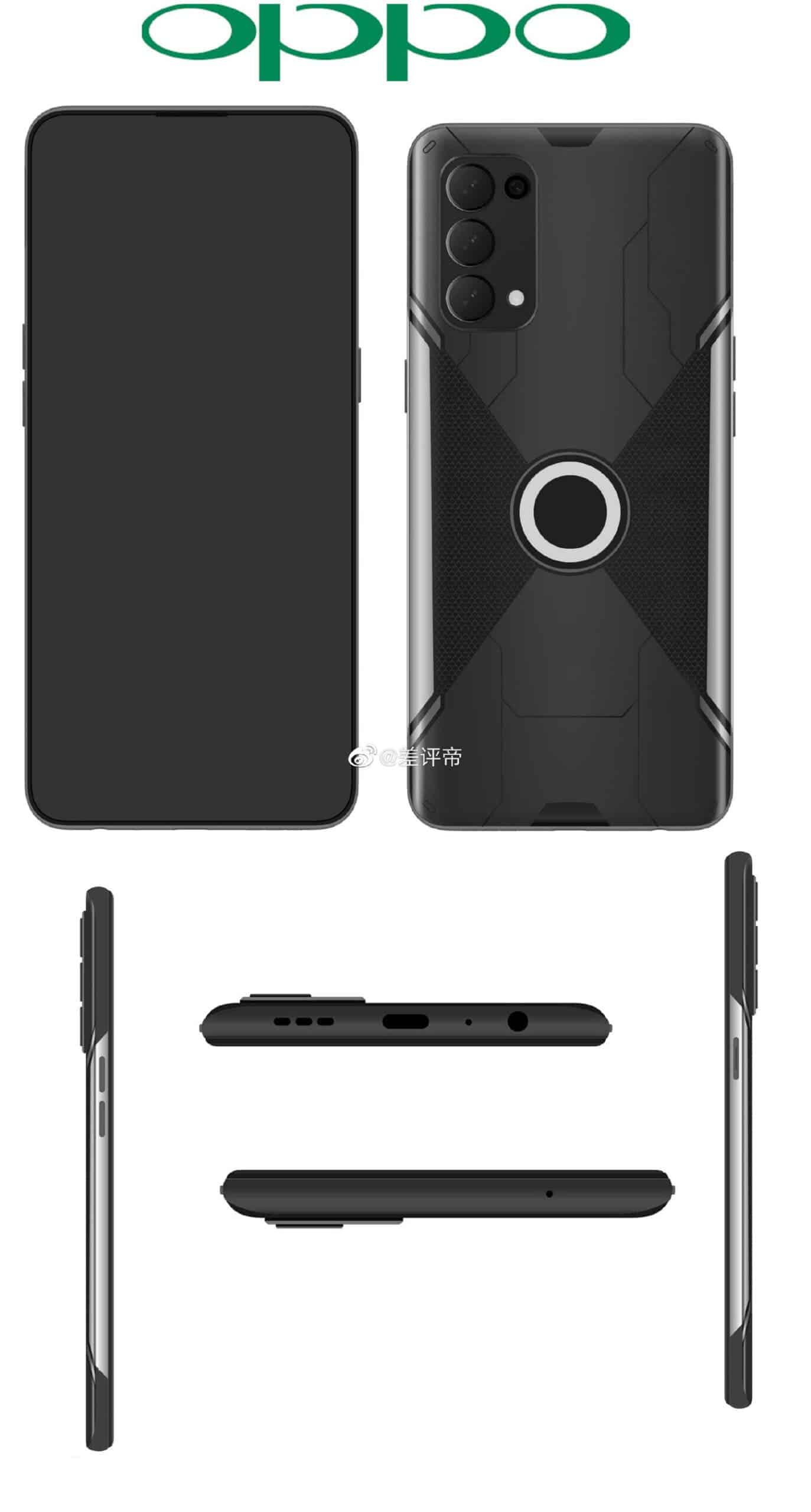 This has a serious reason behind the decision of making gaming phones with a common look. Gaming smartphones have a powerful hardware and optimized software. But they also have a very different appearance that might match not everyone’s taste. So in order to attract more customers, the manufacturers have decided to ignore this approach and put all those goodies into ‘regular’ bodies.

In this sense, OPPO’s gaming smartphone patent shows a hybrid solution. On the one hand, it is not a regular phone. But on the other hands, there are no protrusions but the design elements.

Moreover, when looking attentively, we can see that the rear camera layout of the machine is similar to the Reno series. The straight screen is assumed to support a high refresh rate mode. And there is a 3.5mm headphone jack.

In fact, we have no information whether this OPPO gaming smartphone will become an end product ever or not. We mean previously OPPO has announced its smartphone series and strategies behind them: “Find focuses on the high-end niche; Reno focuses on the explosive models; A series is an entry-level boutique; K series focuses on online market.” And as you can see, there is no word about the new series, such as this gaming smartphone. But if the company decides to launch it, the aforementioned strategy will change.

Samsung may prepare a gaming smartphone for release