Xiaomi Mi Fold foldable smartphone concept has revealed a slew of interesting details. Xiaomi has filed for a patent that suggests the company is working on a foldable smartphone that transforms into a tablet. Xiaomi’s Mi Mix Flip has been spotted online and multiple reports already confirmed that the Mi Mix Fold was in the works.

The Chinese maker has been filing for a lot of patents for foldable devices this year. Now, a new patent for a distinctive folding device has surfaced online. The patent shared by LetsGoDigital features the Xiaomi Mi Fold foldable smartphone. It has been rendered to look like concepts.

If rumors making the rounds online are anything to go by, Xiaomi will be unveiling at least two foldable smartphones in 2021. After releasing the much-awaited Xiaomi Mi Mix Fold, the tech giant is likely to adopt a different form factor for its next foldable device. One of the aforesaid devices is likely to be a clamshell phone like the Mi Mix Flip.

Xiaomi patented a design with the CNIPA (China National Intellectual Property Administration) on February 24, 2020. On July 6, the documentation was released with 21 images that reveal the device from all sides. Aside from that, the patent documentation comprises two color renders. The renders give us a better idea of the final product.

This folding phone features an inward folding screen like the Mi Mix Fold. The flexible screen extends much further, continuing through the side of the phone, from the inside to the front. It is worth mentioning here that it does not have a dedicated cover screen. When the device is unfolded, it reveals a mammoth tablet-sized screen. 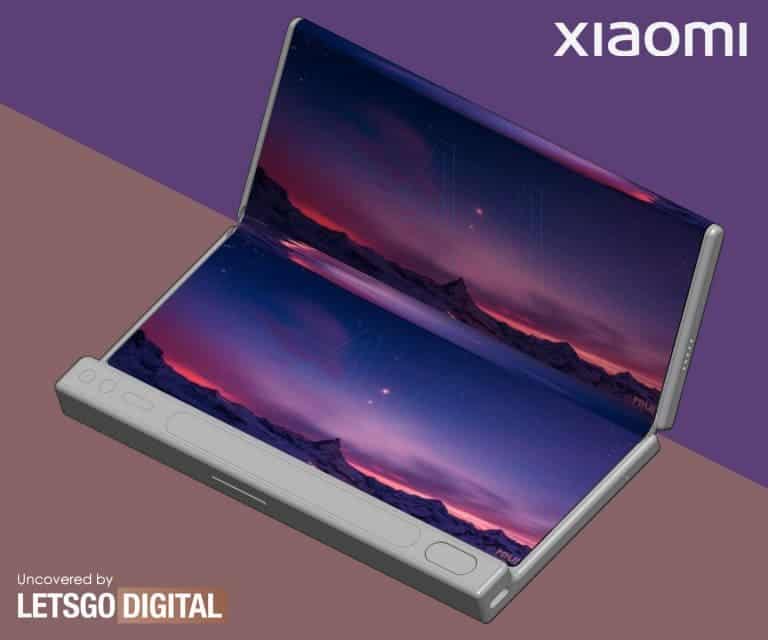 The device has a unique design because the screen continues through the side. This is not the first time Xiaomi has used a wrap-around display. For instance, the Xiaomi Mi Mix Alpha came with a wrap-around screen. The connectors are located on the vertical frame. They are located next to the foldable screen.

On the downside, this protrudes a little as compared to the folding screen. However, it seamlessly fits together when folded. The Huawei Mate Xs adopts the same design aspect. The frame also accommodates the selfie camera, along with a slew of other camera lenses. At the back, the device houses a vertically designed camera module.

The top houses the on/off buttons. The top and bottom feature a speaker. In terms of connectivity, the device comes with a USB-C, which seems to be placed at the bottom. If rumors making the rounds online are anything to go by, Xiaomi will be announcing another foldable phone in Q4 2021. Regrettably, it is still unclear what kind of model the company will unveil.

Next Nothing ear 1 Wireless Earbuds Price and Features Announced