The Galaxy M21 2021 Edition (or the Galaxy M21 Prime Edition) has been subject to several leaks and speculations. Earlier this month, 91mobiles revealed key specs of the much-awaited handset, but it was still unclear which moniker the company will use for its new phone. Now, Amazon’s dedicated landing page for the device has confirmed the moniker.

First off, the Galaxy M21 2021 Edition will retain the Galaxy M21’s 6.4-inch FHD+ Super AMOLED display. Moreover, it will have a U-shaped notch and a peak brightness of 420 nits. Regrettably, the listing does not reveal details about the chipset the device will run. To recall, the vanilla Galaxy M21 packs an outdated Exynos 9611. 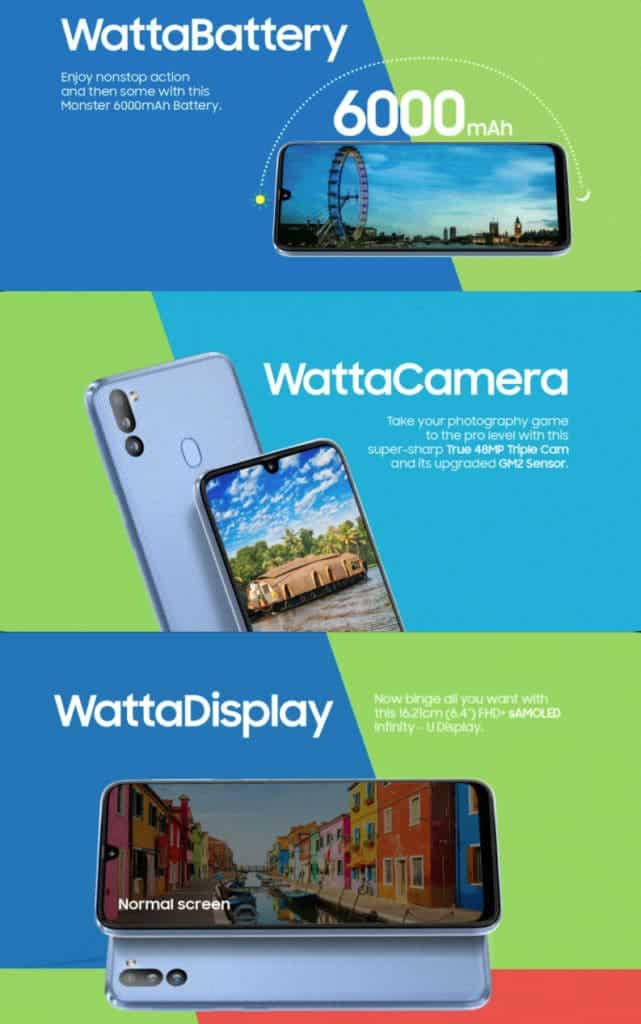 If the infographic is anything to go by, the phone’s main 48MP sensor is actually an upgraded ISOCELL GM2 module. There is a possibility that the company will pair it with a macro/depth sensor and an ultra-wide-angle lens. Upfront, the 2021 edition is highly likely to retain its predecessor’s 20MP camera. The device will be available in Charcoal Black and Artic Blue color options.

The Galaxy M21 2021 Edition is expected to retail for less than INR 20000 (about $268). However, Samsung hasn’t officially confirmed this yet. Amazon India will be offering a 10 percent discount to customers using their HDFC Bank credit or debit cards to purchase the phone. The landing page is likely to reveal details about the phone’s availability before the phone hits the store shelves.