There are many analytical companies in the world that calculate the sales of the smartphone market. And the latest Canalys report is interesting because the company told about the shipments in the second quarter of this year. There are many surprising things about the data.

So, for example, Xiaomi has grown. Recently, the company has significantly increased its sales of mobile phones and, not least of all, the fall of Huawei has played a role. The growth was 83% compared to the second quarter of last year and this is the best indicator of all. 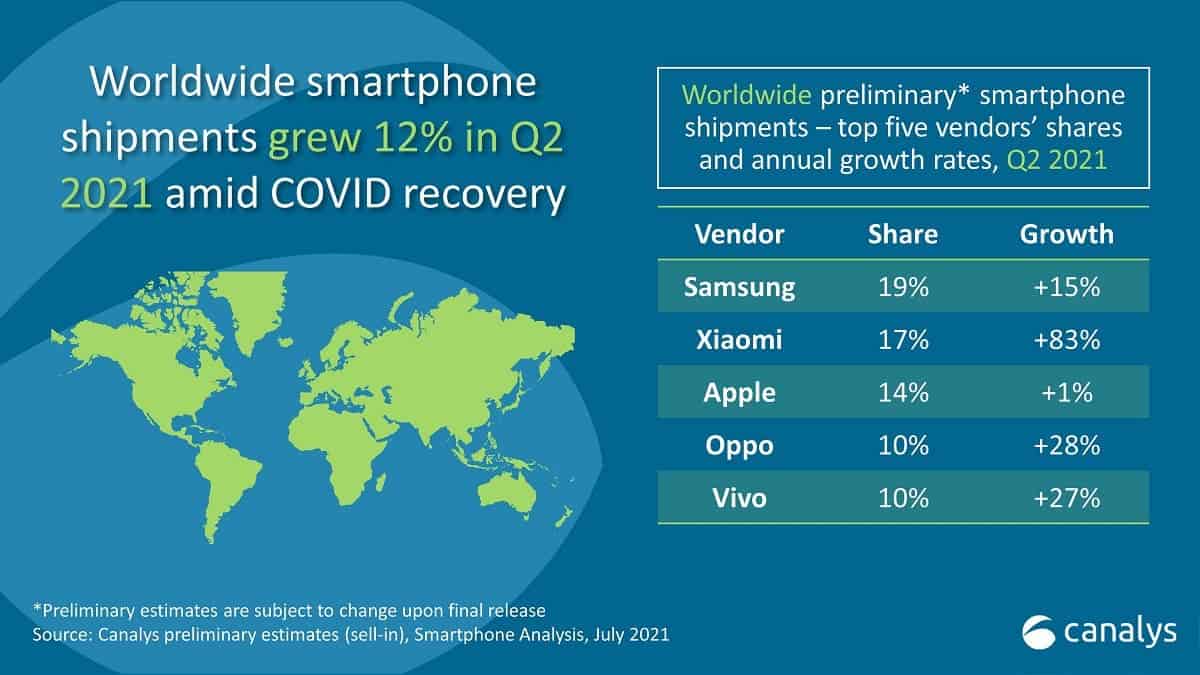 The second event, no less significant for Xiaomi itself, is that it bypassed Apple and became the second in the world with a share of 17%. On this occasion, CEO Lei Jun addressed Xiaomi employees and fans. Naturally, he could not hide his delight that for the first time in its history the company became the second in the world and he calls this achievement fantastic, as well as an important milestone in the journey of Xiaomi. He thanked all the fans for their support and promised that the company will continue to create “good products that touch people’s hearts and at a reasonable price”.

Xiaomi is one step away from leadership 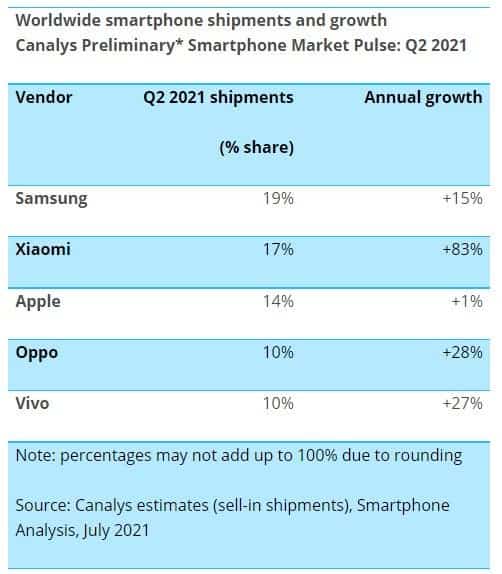 This success was made possible by the growing demand for Xiaomi smartphones in Latin America, Africa and Western Europe. Despite the fact that the company has recently been raising prices for its devices, they are still affordable ones and this is one of the important factors in the growth of the popularity of its smartphones. Who knows, maybe aggressive expansion into the global market and a wide range of models will allow Xiaomi to surpass Samsung and climb to the top of the smartphone market leaderboard in the third quarter.

The leader in the second quarter of 2021 remains Samsung, which controls 19% of the market. Compared to the same period last year, the increase was 15%. Apple was pushed to the third line and its share is 14%, and the growth was modest 1%.

The second quarter turned out well for Oppo and Vivo. The share of each of them in the smartphone market was 10%, and growth was 28% and 27%, respectively.

“Xiaomi is growing its overseas business rapidly,” said Canalys Research Manager Ben Stanton. “For example, its shipments increased more than 300% in Latin America, 150% Africa and 50% in Western Europe. And as it grows, it evolves. It is now transforming its business model from challenger to incumbent; with initiatives such as channel partner consolidation and more careful management of older stock in the open market. It is still largely skewed toward the mass market; however, and compared with Samsung and Apple, its average selling price is around 40% and 75% cheaper respectively.