Xiaomi is rather sluggish in updating its smartphones to the new iteration of the Android operating system. It gives priority to the flagships of the Chinese market, which in recent years have been at the forefront of those who quickly receive a new version of the green robot. But this does not mean that users are not interested in knowing whether their smartphone will be updated before the next Android iteration or not. The users are waiting for MIUI 13 based on Android 12.

Two weeks ago, a list of Xiaomi, Redmi, POCO and Black Shark models appeared on the network that can count on receiving the Android 12 update. This is not an official list, but it was assured by the creators that it was compiled taking into account the Xiaomi support policy and based on data received from MIUI developers. 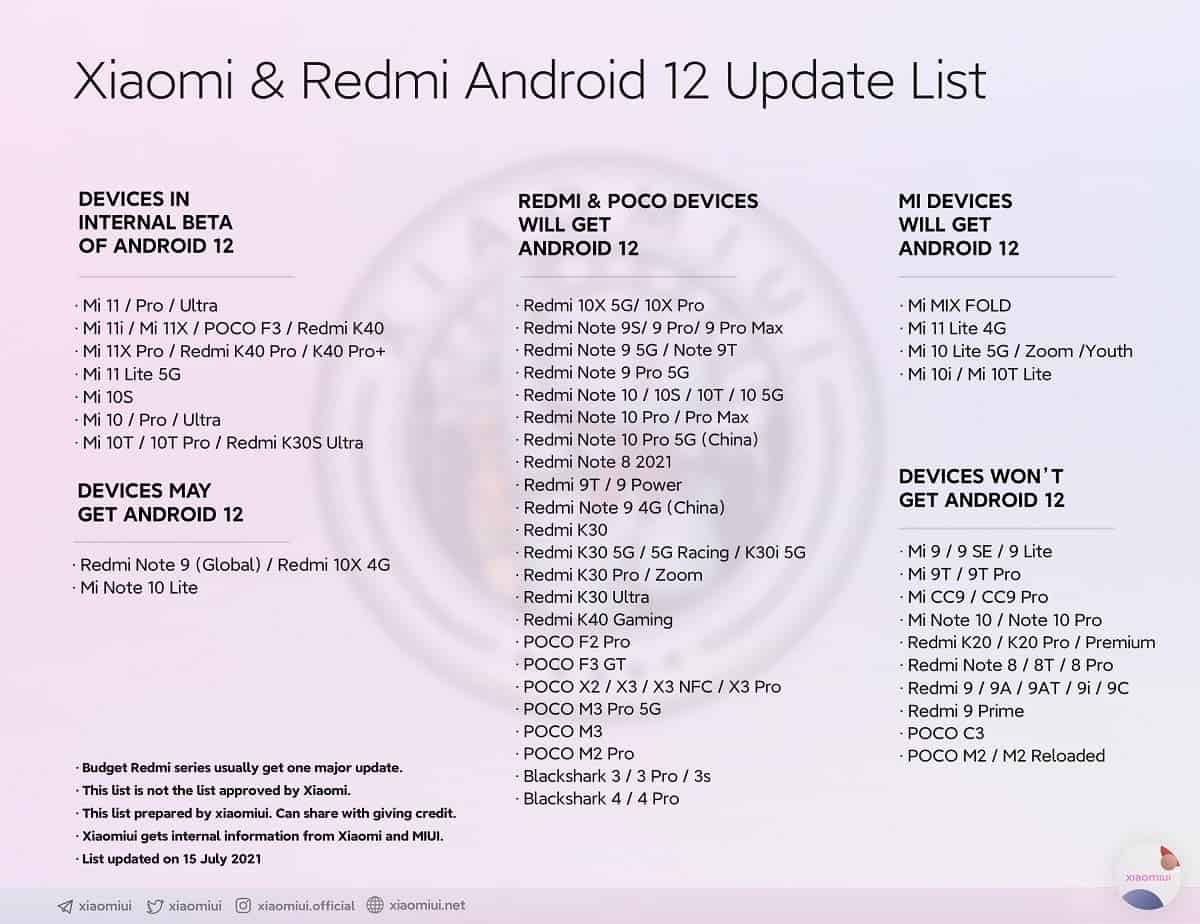 Which Xiaomi will receive Android 12 and MIUI 13: a list of smartphones

As for the timing and priority of the release of updates, there is no information. We also remind that this list is not official and we expect the final shortlist of smartphones for receiving Android 12 in August simultaneously with the announcement of MIUI 13 or in September, when the final assembly of Android 12 should be presented.

If we talk about MIUI 13, then here is an approximate list of smartphones that should receive it:

As a reminder, Xiaomi adopts a unique firmware update strategy; its devices may get the latest user interface version of MIUI but still based on an old Android version.