Over the past couple of years, we have heard more than once about innovative glasses that are supposedly so cool that they themselves recover from damage. Sounds like a fairy tale that never came true. And now, reporting on the creation of self-healing glass, Indian scientists do not predict when smartphone manufacturers will begin to apply their development in practice. And whether they will start at all.

The innovative glass was created by scientists at the Indian Institute for Science Education and Research (IISER) in Kolkata. It is hard and transparent glass, on which cracks can heal on their own. It was based on a piezoelectric organic material capable of converting mechanical energy into electrical energy and vice versa. Due to this manipulation, needle-shaped crystals with a length of 2 mm and a width of 0.2 mm appear.

The unique molecular basis of the material allows its individual particles or crystals to “join”, “tightening” cracks. The scientists themselves are confident that their development is perfect for smartphones and the material is 10 times harder than analogs. It is unlikely to remove large cracks, but small ones – quite.

We can only hope that everything will not be limited only to loud and promising statements. We want to see an implementation of the developments and soon smartphones with self-healing glasses will appear on store shelves. 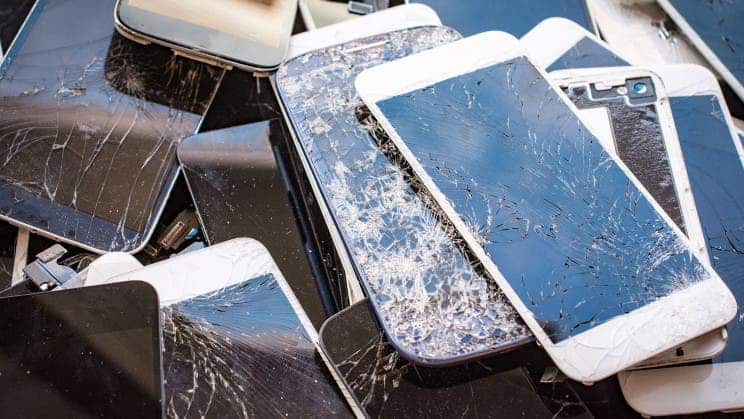 The global smartphone market in the second quarter

Canalys released statistics on the global smartphone market in the second quarter of this year. With vaccinations, shoppers began to return to smartphone stores and retailers.

Against this backdrop, global sales increased 12% over the same period last year. The industry leader is Samsung with a 19% share, with shipments from the South Korean giant up 15% year over year.

In second place, as noted, for the first time in history was the Chinese Xiaomi with a score of 17%. The demand for the devices of this company has skyrocketed by 83%.

Apple closes the top three with 14% and an increase of 1% year on year. Next come the Chinese Oppo and Vivo, each of which controls about 10% of the global market. These manufacturers increased shipments by 28% and 27%, respectively.

It should be noted that the Chinese telecommunications giant Huawei, whose mobile business collapsed due to the US sanctions, completely dropped out of the top five. However, the company is betting on its new own operating system and its own chip development to recover as soon as possible.

Next iQOO 8 flagship smartphone will arrive with 160W fast charging