In the next update of the Chrome OS platform, an error was discovered due to which the owners of computers running this system lost the ability to use them. Google confirmed the incident and stopped distributing the update.

In recent years, regular software updates have become a standard practice recommended by most specialized professionals. With updates, new functions appear, old vulnerabilities dissapear, but sometimes, something bad happens. This time, the owners of Chromebooks were under attack.

The Chrome OS 91.0.4472.165 update, which was mostly technical in nature and did not receive any loud announcements from Google, turned into a headache for owners of computers running this platform. As it became known, after installing this update, many Chromebook users simply could not log into their accounts. Google responded to user complaints promptly by acknowledging a critical bug in the package and removing version 91.0.4472.165 from servers to avoid further escalation of the problem. The developers also announced that they working on a new update that will fix the bugs of the previous one.

Unfortunately, the victims were not offered a simple way out of the situation. One of the options was, for example, a hard reset of computers, which will lead to the complete destruction of locally stored user data. Or downgrade the system to a previous version, however this will require some technical skill in recovering the system via an external USB device.

Otherwise, Chromebook owners are advised to wait until the next update is released, which will fix the error, of course, if time is out. In this case, you will just need to hold your machines at the login window while the update is downloaded and installed in the background, or enter the guest mode and perform this procedure manually. 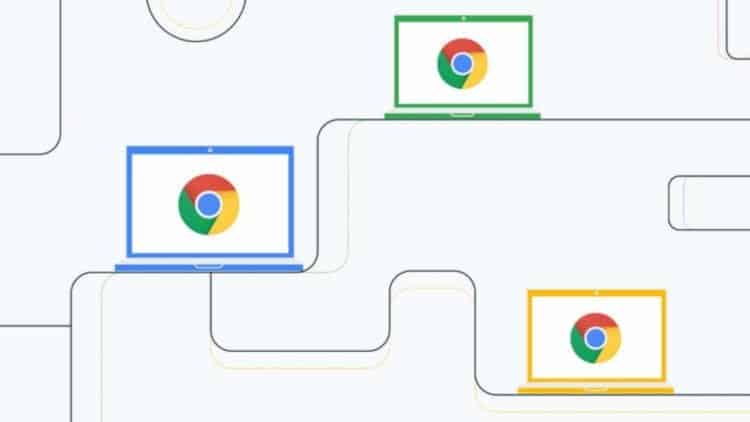 Chrome OS will get support for archive files

Chromebooks will soon be able to archive and open many more archive file formats. According to 9to5Google, Google is currently working on expanding the list of supported archive formats in addition to the already available .ZIP and .RAR files.

This will greatly facilitate the work of users who regularly have to deal with less common, but still often used archives in the .7Z and .TGZ formats. New features may appear in the operating system Chrome OS 93, which will to be available in September this year.

Although ZIP and RAR are the most common archive formats on the Internet; there are also many other types of archive files that Chrome OS does not yet support. This gap can be filled with existing Linux applications and online tools; but it is still much more convenient to use your own solution.

According to Chromium Gerrit, the following archive file formats will be supported by Chromebooks: .7Z, .BZ2, .CRX, .GZ, .ISO, .RAR, .TAR, .TBZ, .TBZ2, and .TGZ. Although the .ZIP format is not among them, so it is likely to get support in the future.

Google plans to provide archive formats in Chrome OS 93 in early September; and is currently available in the developer channel. To use the new features, you need to enable Chrome flags (chrome: flags # files-archivemount).

Next Qualcomm will help Google and Samsung defeat the Apple Watch

This Chromebook bug can expose your location data, Google says ‘looking into it’