Samsung recently submitted a patent application to the World Intellectual Property Office (WIPO). The company’s latest patent submission is for a “foldable electronic device with a rotating camera on the hinge”. The accompanying sketch shows a flip-flop design similar to the Galaxy Z Flip. The patent image also shows that Samsung puts the camera in the hinge. The camera can rotate to take photos of different angles from the front, top, and back. It can do everything from selfies to regular shooting in one go. 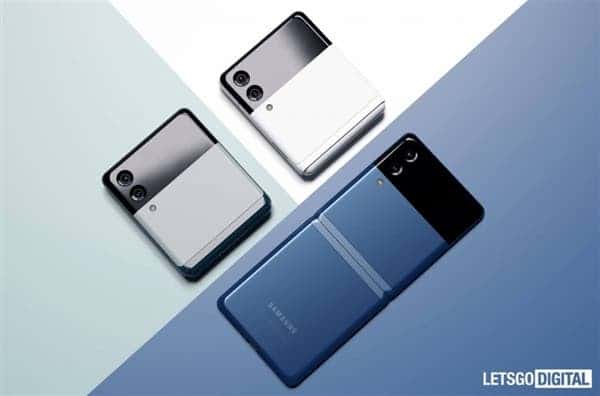 Due to changes in the camera position, Samsung can provide a larger secondary screen for this clamshell phone to display more content. In addition to its applicability for notifications and incoming calls, it will also work for information replies.

However, this patented design has a disadvantage. Due to the change of the camera position, the phone cannot be placed flat on the table when the phone is unfolded. Also, the hinge position will be higher when it is folded. 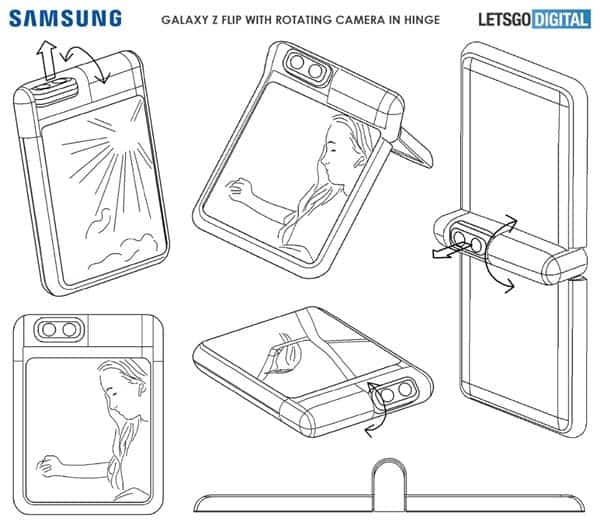 Samsung will hold a new product launch conference at 22:00 in the evening on August 11. At the event, we expect the company to unveil the Galaxy Z Fold 3 and Galaxy Z Flip 3.

There will be only two Samsung foldable phones this year

Furthermore, Samsung previously applied for a trademark called “Armor Frame”. This is expected to bring a stronger middle frame to the Samsung Galaxy Z Fold 3 and Galaxy Z Flip 3. In addition, the report said that the two phones are expected to be released in July, and the price of the Galaxy Z Fold 3 may reach $2,000. Also, Samsung will not release another foldable smartphone this year. From the earlier speculations, Samsung may launch up to four foldable smartphones this year. This has so far proven to be wrong. Actually, the market is not ready for so many foldable smartphones in a single year. Considering the effect of the pandemic, consumers may not be willing to spend so much.

It is interesting to see that Samsung has an interest in the durability of its pricy foldable smartphones. From one generation to another, Samsung addresses durability issues. Recall that with the Galaxy Z Flip, the company introduces the first-ever Ultra-Thin Glass foldable display and a solid hinge. Subsequently, the Z Fold 2 also uses a UTG panel with a better hinge.

With the upcoming new models, the company is adding the IP rating. So far, no foldable smartphone from Samsung comes with an IP rating. However, with the latest reports, it appears that things are about to change.