Due to the rains in Henan over the past few days, a good part of Henan has experienced serious flooding. At present, the heavy rains in Zhengzhou, the capital of Henan province, have come to an end. There is now an active search, rescue, and recovery of missing persons. However, there are fears that the flooding in Henan could affect the iPhone 13 production schedule. Why should Henan flooding affect iPhone 13 production? Foxconn’s largest iPhone factory is in the Zhengzhou area in Henan. This area was also affected by the widespread dangerous flooding that hit the area these past few days. 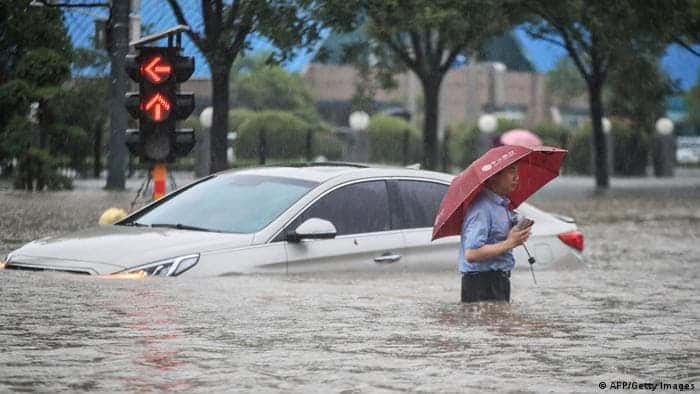 According to Apple’s schedule, the iPhone 13 series will be official in September. The company should start mass-production anytime from now. According to Foxconn workers in Zhengzhou, during the peak flood period, there were about 1,000 workers in the factory waiting for rescue. There was no way for these workers to escape due to the flooding. At this time, workers could barely have their heads above the water level. In fact, a lot of smart equipment has been underwater for some days. Of course, most of these pieces of equipment are not water-resistant, obviously, they will need some repairs. With all of these, will Foxconn be able to run normally for the iPhone 13 series?

To this end, there are already rumors that the iPhone 13 mas production may experience some delays. However, Foxconn has now issued an official response to the public

“The Zhongmu Park, which is heavily flooded is a subsidiary of FIT, which mainly produces PC connectors. The main factory area for the production of smartphones has not been significantly affected. There is water in the periphery of the park, and production and operation are normal”.

In order to ensure the smooth progress of production capacity, Apple iPhone foundries are desperately increasing bonuses. For example, Zhengzhou Foxconn has offered high bonuses to attract workers, and employees have a maximum rebate of 10,000 yuan ($1,543) for 55 days and 90 days on duty.