The new smartphone will go official on July 30th. Ahead of the launch, Micromax has made the Micromax In 2B landing page available on its official website. The landing page confirms the smartphone’s design and also discloses some of the specifications. Without further ado, let’s see what the new entry-level smartphone will bring to the market.

Micromax In 2B specifications

The Micromax In 2B will be available in three distinct colorways. The list includes Black, Green and Blue. Worth noting that in terms of design, the Micromax In 2b is not making any change when compared to its predecessor. The device will pack a waterdrop notch display and a dual-camera setup on the back. Moreover, the fingerprint scanner sits on the back as well as the speaker grille. Worth noting that this is one of the worst placements for the speaker since you can easily cover it when you put the smartphone on a surface. Moving on, the device will come with a gaming chipset with Mali G52 GPU. 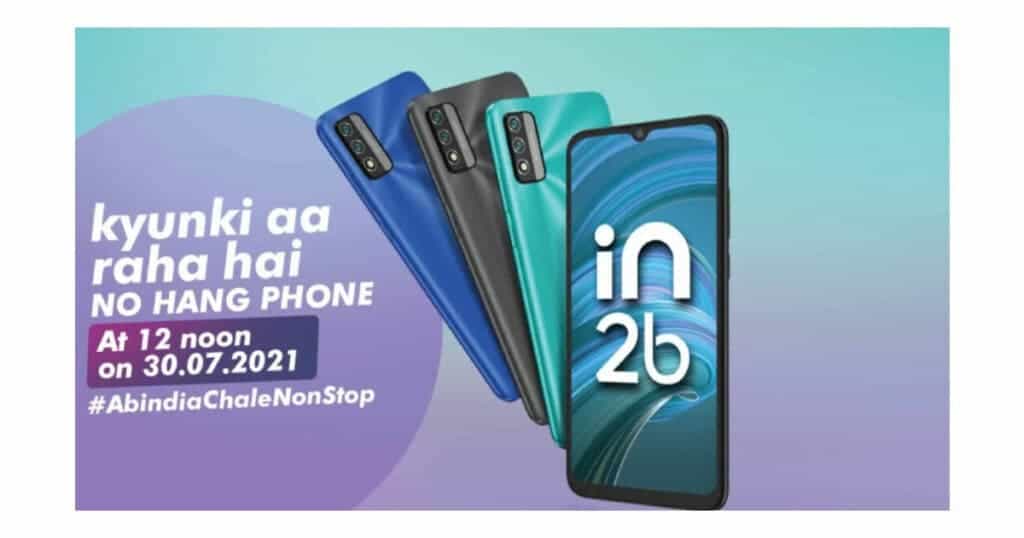 Well, the chipset in question is the Unisoc Tiger T610 which brings two ARM Cortex-A75 cores and six ARM Cortex-A55 cores. It can run some demanding games at medium settings, but it still is entry-level performance. Anyway, it is much better than the Helio G35 SoC present on the In 1b. If we are to compare it with a MediaTek chip it is close to the Helio G80 in terms of performance. We can expect the smartphone to start with 4 GB of RAM and, hopefully, 64 GB of Internal Storage. It will probably support microSD card expansion.

In terms of optics the device will pack a 13 MP primary camera and a 2 MP secondary camera. On the front side, it will pack an 8 MP selfie snapper for selfies and video calls. The device will draw its powers from a 5,000 mAh battery which offers with 160 hours of music playback, 50 hours of talk time, 20 hours of web browsing, and 15 hours of video streaming. Of course, we need to see how real-life usage will stand against these terms. Unfortunatle, the smartphone has only 10W charging.