Microsoft took a long time but managed to deploy its Microsoft Surface Duo in the market. The company’s very first Android device and also very first dual-screen tablet arrived but wasn’t very appealing in terms of specifications. Even so, it apparently was successful enough to deserve a sequel. According to a new report by Windows Central, the company already has a final design prototype of the Microsoft Surface Duo 2, of which a key identifier would be the new rear camera module and a glass back design. Apparently, the device is coming in White and Black colorways and hopefully, its hardware will make it compelling.

According to the report, the new dual-screen device will come with a triple rear camera. It includes a primary unit, a telephoto unit, and an ultra-wide unit. Alongside the improved camera design, the Microsoft Surface Duo 2 will seemingly feature an integrated power button and fingerprint scanner. The USB-C port will apparently sit on the right-side fold of the smartphone. In addition to the glass rear design, the new variant will also come in a black colorway. 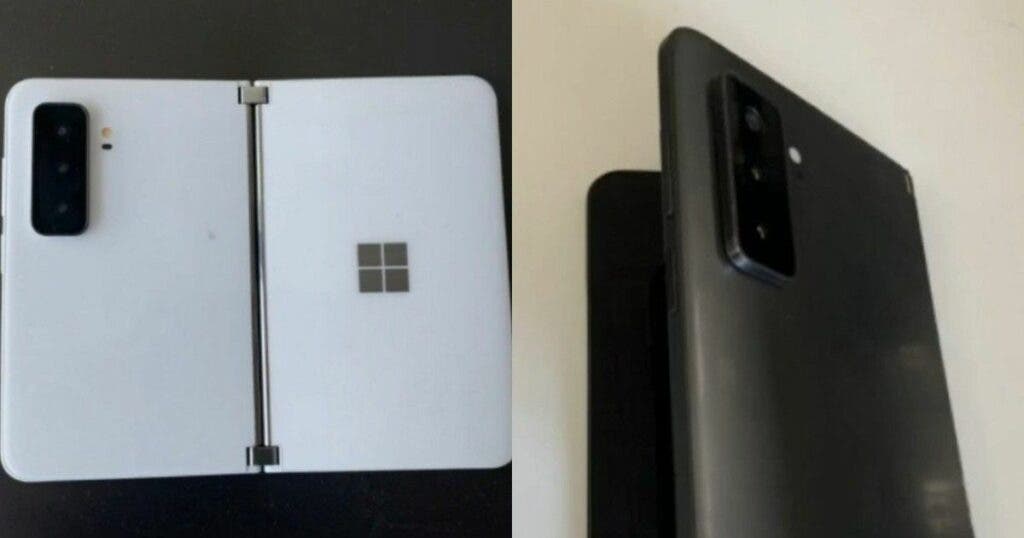 As per the reports, the Surface Duo 2 is production-ready, and therefore, there is a production timeline of September or October 2021 for the handset. This is a very nice surprise, and possibly indicates a change from Microsoft. After all, the company announced the Surface Duo several months ahead of its release. When the device came it was already outdated in terms of specifications. This is something that the company will address with the new generation. Hence, the Surface Duo 2 will come with flagship specification, that includes the Qualcomm Snapdragon 888 SoC, 5G connectivity and way more.

The first-generation Microsoft Surface Duo comes with two 5.6-inch AMOLED displays. These screens are connected through a hinge and when unfolded deliver an 8.1-inch screen layout. The device also features an outdated camera layout and other specifications. The Duo has the Qualcomm Snapdragon 855 SoC and lacks 5G connectivity. Another of the downsides of the original handset is the fact that it comes with a tepid 3,550mAh. This capacity nowadays is small for a smartphone, just imagine it on a device with two screens. Hopefully, Microsoft will give a bigger battery to the new device possibly with fast-charging properties. Anyway, we should not hold our breath for this. After all, equipping these foldable, dual-screen devices with big batteries is proving to be one of the biggest challenges of the industry.