The first Redmibook by Xiaomi has introduced a couple of months ago. Now, Xiaomi’s subsidiary is gearing up to bring its new laptop series to India. The new laptop will be unveiled on August 3, and ahead of the release, the company decided to share a teaser poster with certain key specifications of the laptop. According to the post by Redmi India, the upcoming RedmiBook is slated to launch with 11th gen Intel Core Processors. Moreover, they will come with SSD storage a 15.6-inch display size. This is the first laptop from Xiaomi to come with 11th gen Intel processors since the older Mi Notebooks were stuck with 10th gen Intel chips.

As we mentioned above, the RedmiBook laptops will come with SSD storage. This has been a standard now for newer laptops. However, we don’t know exactly how many storage options will be offered. The device could start with 256 GB and go up to 512 GB, but we need further confirmation from Xiaomi. The biggest stars of the show are the cutting-edge Intel chips and the large display. For those who enjoy big screens, the Mi Notebook 14 has been one of the best options around the INR 50,0000 mark. However, this laptop has largely catered to the business and education sectors. Now, those who need a bigger display for media content will certainly enjoy the new model. 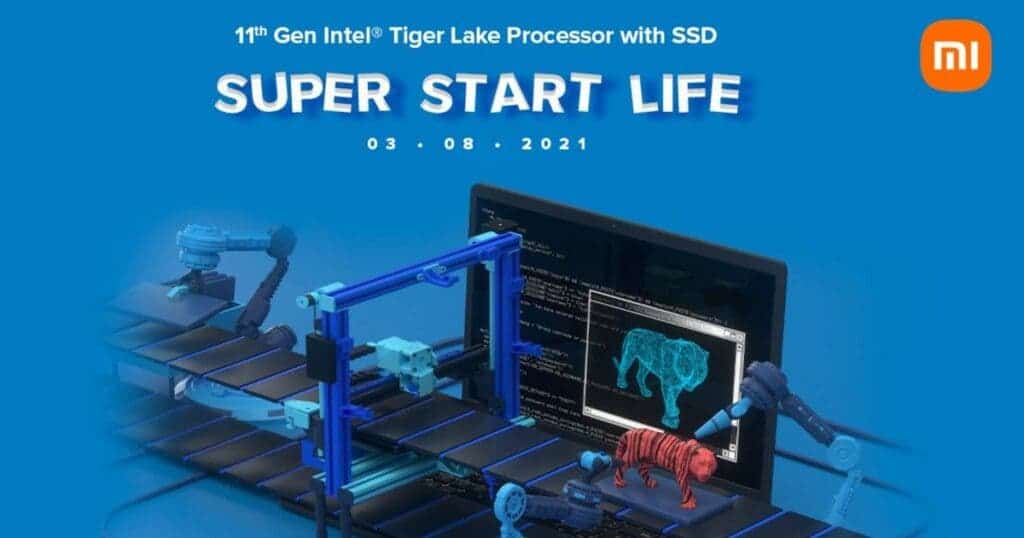 Redmibook will have a larger display with Full HD resolution

The RedmiBook, on the other hand, packs a 15.6-inch display. It is also expected to come with Full HD resolution which alongside the faster processor should provide a better overall experience and performance. Rumors suggest that it will keep the same price tag as the Mi Notebook 14. That isn’t bad for a new laptop that is bringing the 11th gen Intel processor to the Indian market.

Read Also:  Xiaomi when will you stop copying Apple’s UI?

For now, it’s unclear what are the features coming with the Indian version of the RedmiBook laptop. Rumors suggest that this time around the laptop will come with a backlit keyboard. However, there are also rumors suggesting otherwise. We expect to finally discover the truth in less than a week’s time. On August 3, Xiaomi will introduce the first Redmi laptop in India. Interestingly, the company should tease the device’s capabilities to run Windows 11 which will make it a strong contender against Realme Book – Realme’s first laptop. In fact, RedmiBook arrival isn’t a mere coincidence, the company is carving out its presence in the market ahead of the launch of the Realme Book.