The market for graphics cards is taking a big hit with the chipset shortage. It’s hard to deliver when the demand is so high, furthermore standard customers are having a bad time trying to compete with cryptocurrency miners that usually get the whole batch of new graphics cards every time they are restocked. Even though, companies are bringing new graphics cards with new technologies to further enhance the gaming experience and other related areas. AMD is breaking borders with its Ryzen CPUs, however, it still is fighting to achieve user’s preference over NVIDIA’s RTX series. Today, the chipmaker has introduced a new member for the Radeon RX 6000-series of desktop graphics cards, the RX 6600 XT. The new GPU is priced at $379, at least on paper as everything depends on the demand and supply. They will be available starting August 11. 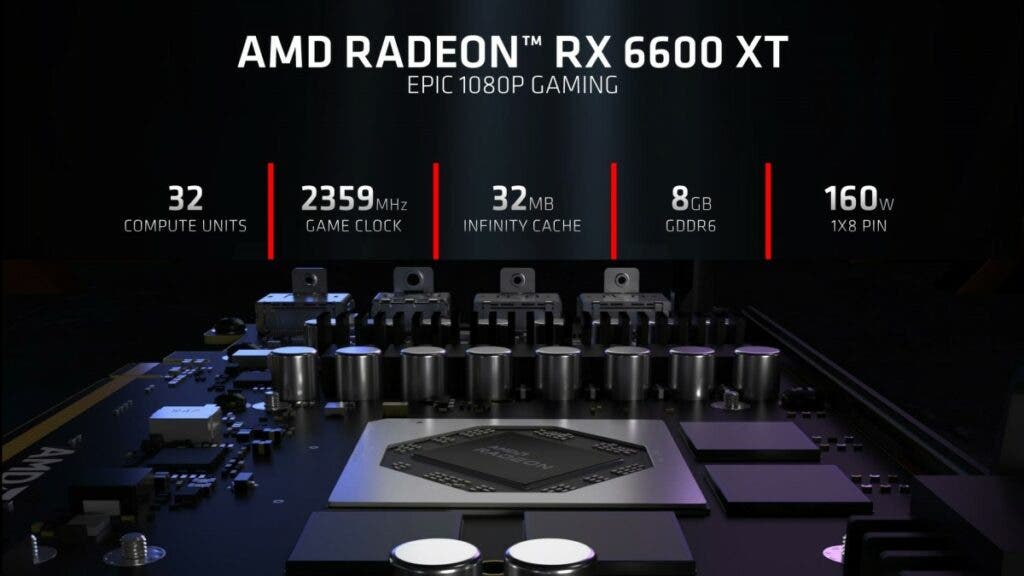 The new GPU comes with 32 compute units compared to the 40 on the 6700 XT and 60 on the 6800. It can clock up to 2359 MHz during gameplay and can boost up to 2589 MHz. The 16Gbps 8 GB GDDR6 memory uses a 128-bit memory interface. It offers a 256GB/s memory bandwidth and 32 MB of on-die “Infinity Cache”. The RX 6600 XT also supports the Microsoft DirectX Ultimate feature set, including hardware-accelerated ray tracing. It is capable of 8K display output over its HDMI 2.1 connection and offers support for native AV1 decoding. The card requires 160W of power, so it’s good to have that in mind while putting it on your setup.

According to the tech company, the RX 6600 XT is for a high refresh rate of 1080p gaming. It is, on average, 15 percent faster than the RTX 3060 at this resolution. It also claims to offer up to 2.5x the performance improvement over the GTX 1060. Moreover, it brings around 1.5x of improvement over the previous generation RX 5600 XT. 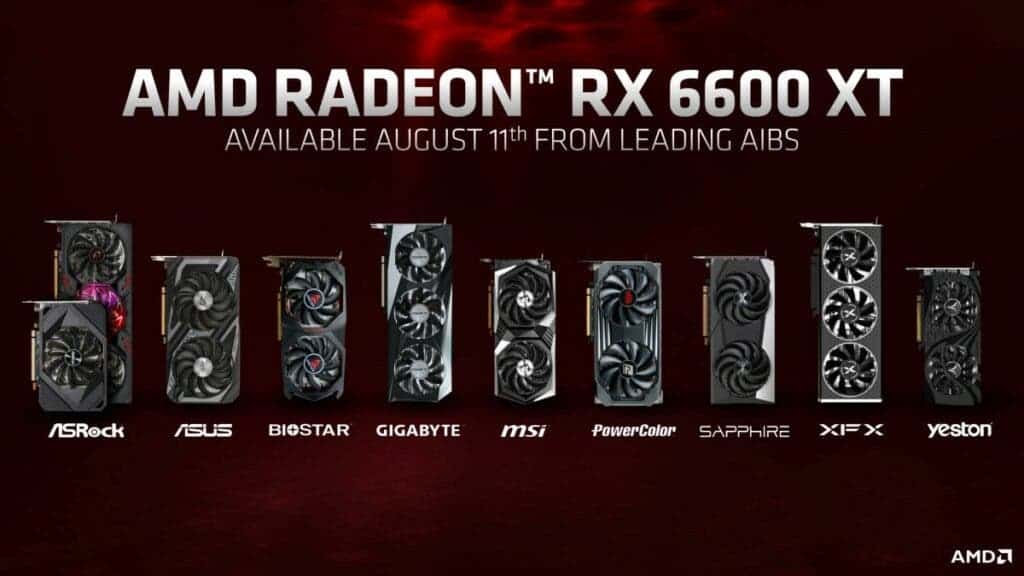 As usual, the new Raden RX 6600 XT will only be available through board partners. The list of companies launching their versions of this GPU includes ASRock, ASUS, Biostar, Gigabyte, and MSI. Moreover, PowerColor, Sapphire, XFX, and Yeston will also launch their own versions.