Data released by Canalys shows that the global market for the second quarter of this year recorded a 75% increase in the supply of portable computers based on the operating system Chrome OS. Approximately 11.9 million Chromebooks were sold globally between April and June inclusive. For comparison: a year earlier, the supply of such devices amounted to 6.8 million units.

The ongoing pandemic is driving the growing demand for laptops running Chrome OS. Such computers are in demand in the educational sphere and in the business segment for the organization of distance learning and distance work. 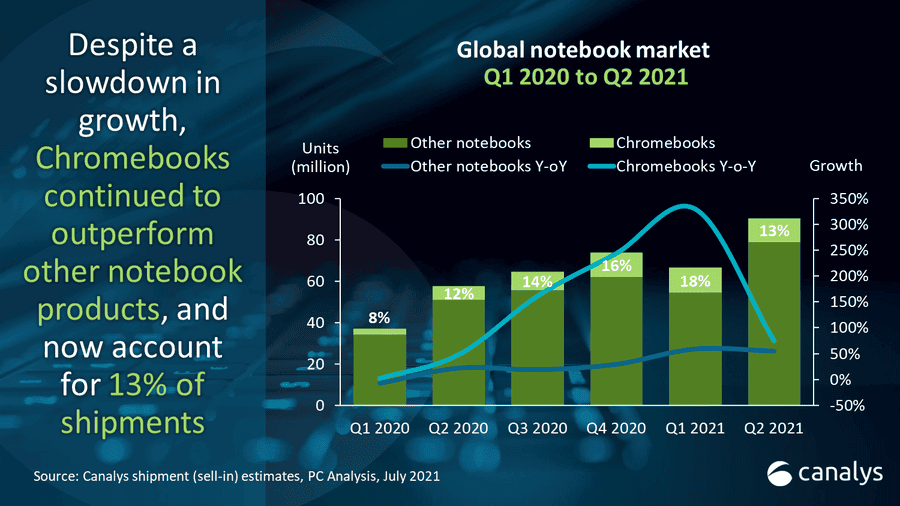 HP is the largest player in the market with a share of 36.4% in the second quarter of this year. Lenovo is in second place with 21.6%, and Acer closes the top three with 15.7%.

In addition, Dell and Samsung entered the top five with a share of 9.4% and 9.2%, respectively. All other vendors collectively control only 7.7% of the Chrome OS laptop industry. 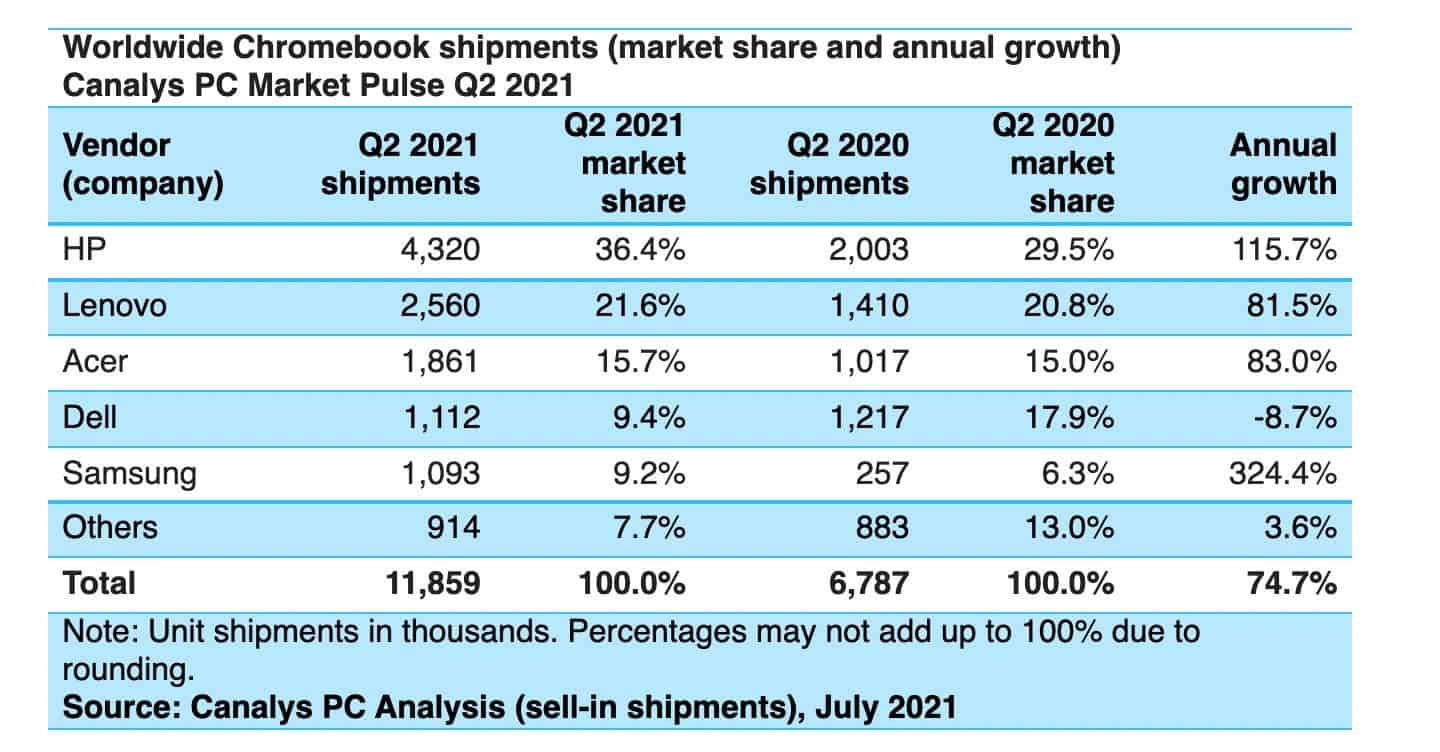 “The success of Chromebooks is proving to be remarkably resilient,” said Brian Lynch, Research Analyst at Canalys. “Their growth streak has extended well beyond the height of the pandemic as they have cemented a healthy position across all end-user segments in the industry. Even as key markets like North America and Western Europe have seen schools begin to open up, shipments remain elevated as governments and education ecosystems plan for long-term integration of Chromebooks within digital learning processes. With Chrome’s hold over the education space relatively secure, Google is betting big on the commercial segment this year”.

“We expect to see a strong focus on attracting small businesses with updated services; such as the new ‘Individual’ subscription tier for Google Workspace and promotions on CloudReady licenses; to repurpose old PCs for deployment alongside existing Chromebook fleets. However, with Apple eyeing to expand its M1 success into the commercial space and Microsoft launching Windows 11 later this year, the PC OS race will be the most hotly contested it has been in a long time.”

In the total PC market (including desktops, notebooks and tablets), Lenovo reigned supreme once again; with remarkable growth of 23% propelling it to 24.7 million units shipped. Apple remained in second place with modest growth of 5% for total shipments of 20.6 million units. HP saw the lowest growth out of the top vendors; with shipments of 18.6 million units, up just 2.7% from a year ago. Dell and Samsung made up the remainder of an unchanged top five from Q1.

Next CHUWI HiPad Pro debuts globally on Aliexpress for $199.99