In terms of smartphone technology, Chinese brands have been leading in the past few years. They have been leading in multi-camera photography, under-screen fingerprints, under-screen cameras, and battery fast charging technology. A couple of Chinese brands are already at 100W fast charging. The likes of Apple and Samsung are yet to hit 65W. After 100W, where is the next step for fast charging mobile phones? Realme gave an answer when they unveiled the world’s first Android magnetic wireless charging technology, MagDart. Realme MagDart is a 50W wireless magnetic fast charging adapter. 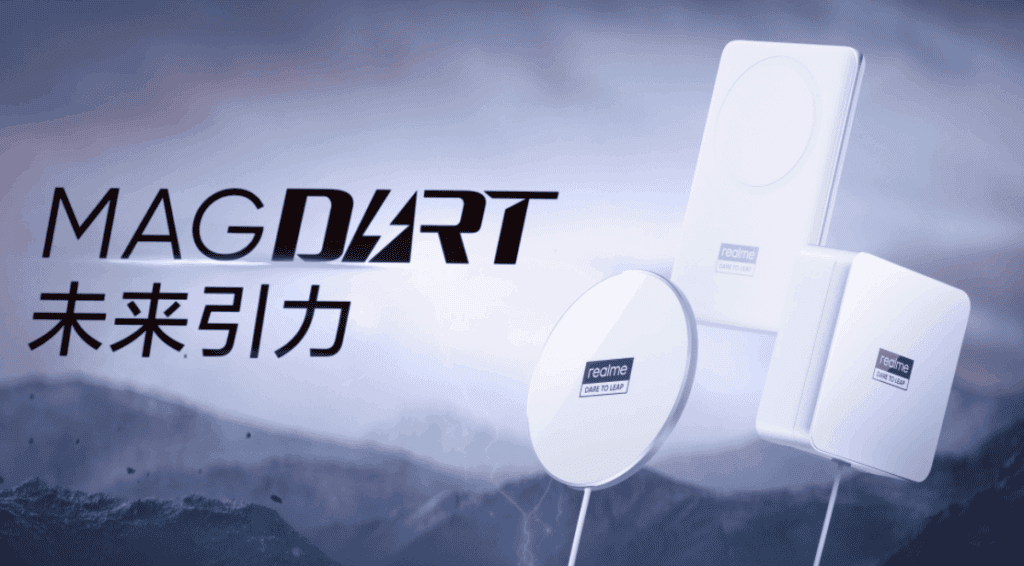 According to the company, this device can fill a 4500 mAh battery in 54 minutes. The charging efficiency is 8 times that of Apple MagSafe. Compared with MageSafe’s slots in terms of heat dissipation and thickness, Realme’s 15W MagDart magnetic wireless flash charging adapter has a thickness of 3.9mm. This means that the Realme MagDart is much thinner and portable. 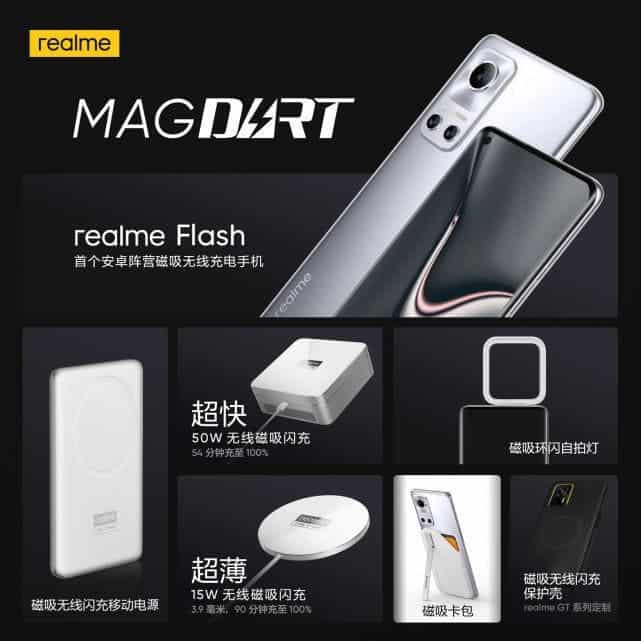 This is the first time that Realme is entering the new generation of wireless fast charging. There are countless technical problems behind each item, but Realme did it this time. This means that new brands in the Chinese market are yearning for more. 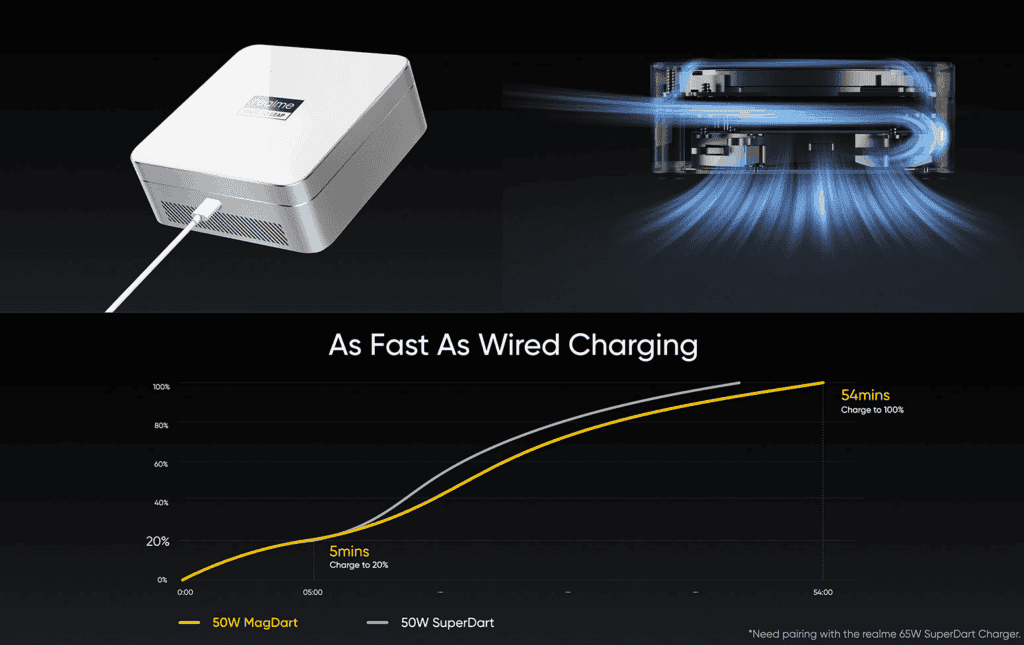 Realme MagDart – a “first” in the Android camp

With mobile phone fast charging technology, you can’t go back after experiencing faster charging. Players who have experienced fast charging can no longer accept tortoise-speed slow charging. Therefore, the first goal of Realme’s development of MagDart magnetic wireless flash charging is to solve the fast charging speed. To achieve a level equivalent to the current wireless and even wired fast charging.

At present, the representative magnetic fast charging on the market is Apple’s MagSafe with a power of 15W. However, due to severe heat generation, the actual experience is slow, and the charging speed is unacceptable. Now the Realme MagDart magnetic wireless flash charging hits a maximum of 50W fast charging.

The speed of 50W is not only one of the highest levels in wireless fast charging, but it does not even lose to the mainstream wired fast charging. Take a 4500 mAh battery as an example, it can charge 20% of the power in 5 minutes and can fill the device in 54 minutes.

Among comparable products, Apple’s MagSafe has a power of 15W, and an iPhone with a 2775 mAh battery takes 240 minutes for a full charge. It can only charge 11.6 mAh per minute. The MagDart magnetic wireless flash charging rate is 8 times that.

Next Vivo Y12G Goes Up For Sale In India At A Lowered Price, See Specs