The founder and CEO of Realme has brought the great news to the company’s fan community. Smartphone sales have surpassed 100 million units and the brand has become the fastest-growing brand in the world. This conclusion was made on the basis of the report of analysts from Strategy Analytics, who also noted that the company is also the leader in terms of growth rates in the Chinese market.

Realme has the strongest position in India. And this is not surprising, because the company was born precisely in order to give battle to Redmi products in this country. Yes, it has not yet been possible to bypass the competitor, but it is quite possible to select a solid audience of potential users.

The company also feels good in the European market. A number of analytics companies ranked it in the top 6 of the largest smartphone makers and recognized that it has become the fastest growing brand in the region.

Naturally, this is just the beginning and the company intends to further increase its presence in the market. The next target is to sold 200 million smartphones to by the end of next year, and for the entire 2023 Realme plans to sell 100 million handsets. 5G-smartphones should become the engine of sales of the company. It continues to build its ecosystem, where, in addition to mobile devices, headphones and wearable devices, there will be a place for tablets, laptops, TVs, external batteries and other “smart” gadgets. 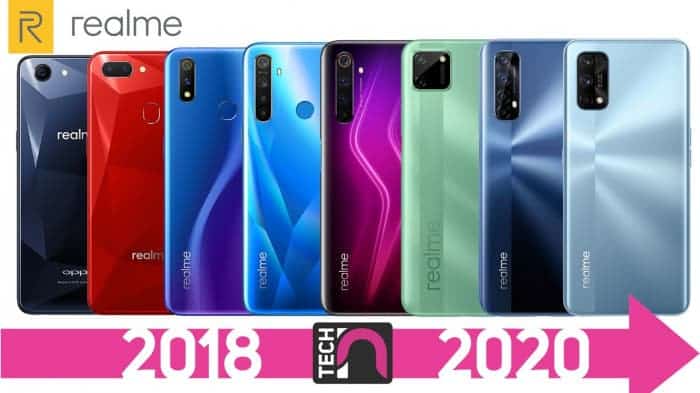 At the disposal of network, sources were information about the technical characteristics of the productive smartphone Realme GT Flash; the official presentation of which will take place in the current half of the year.

It is alleged that the new product will be based on the Snapdragon 888 Plus processor. This solution contains eight cores with a clock speed of up to 3 GHz, an Adreno 660 graphics accelerator; and a Snapdragon X60 5G modem with data transfer rates up to 7.5 Gbps.

The device will receive a 6.7 inches E4 SAMOLED QHD+ display. The refresh rate of this panel will be 120 Hz. We will also get LPDDR5 RAM and a high-performance UFS 3.1 solid-state drive.

The equipment of the smartphone will include a triple camera with a 50-megapixel Sony IMX766 main sensor; a second 50-megapixel sensor and a 2-megapixel module. The front camera will be able to form 32-megapixel images.

Power will be provided by a rechargeable battery with a capacity of 4500 mAh. We talk about compatibility with the new MagDart charging ecosystem.

Among other things, the presence of an NFC controller was mentioned, which will allow making payments in a contactless way.

Previous MOOSOO D600 available with massive 31% off on Ebay

Next Samsung flagships can no longer compete with the Chinese smartphones