The current flagship Galaxy S21 series has never managed to win worldwide love. Judging by the information from South Korean publications, the flagships, which were supposed to destroy competitors, failed miserably in sales. Based on the report of Counterpoint analysts, it can be concluded that the Galaxy S21 series has not been able to repeat the success of any of its predecessors, starting with the Galaxy S5.

The failure could be attributed to the pandemic and a crisis in the market. But the trick is that other companies manage to increase their sales. Experts agree that the weak sales of the Galaxy S21 are dictated by the fact that they were not interesting to potential buyers. You can find more interesting and cheaper options from Chinese manufacturers. Despite the fact that Samsung still manages to sell the most smartphones; its position has been seriously shaken in recent years and it risks losing its advantage. The biggest threat, according to analysts, comes from Xiaomi. 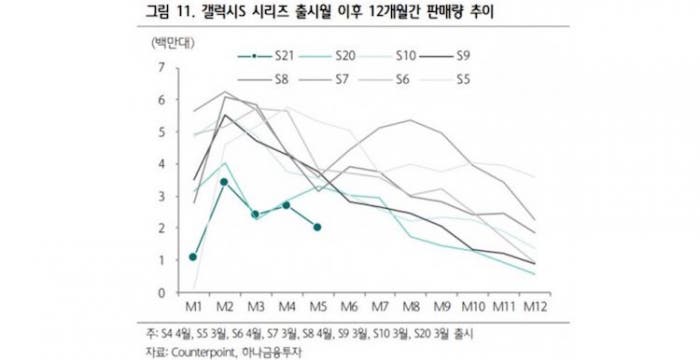 Samsung’s flagship Galaxy S smartphones are among the most popular Android devices on the market. However, Samsung has another flagship family – the Galaxy Note. It has long been rumored that the Korean company will discontinue the Note to focus on other devices. However, supporters of the series have issued a petition to save the legendary series.

Not so long ago, the head of Samsung’s mobile division announced that the brand will not be releasing a new Galaxy Note series smartphone this year. Instead, the company will provide key Note features to a number of other branded devices. Many analysts and fans of the brand are confident that this is the end of the popular series launched in 2011. Galaxy Note fans are so outraged by this state of affairs that they posted a petition on Change.org; asking Samsung to cancel the Galaxy S22 launch early next year and instead focus on creating a new Note model. Fans of the brand suggest that the company alternate the release of the flagship devices Galaxy S and Note to delight fans of both series.

At the moment, the fate of the Galaxy Note family is rather difficult to predict. Galaxy S smartphones already have huge screens and support the S-Pen stylus; which was previously a hallmark of the Note series. Meanwhile, the petition in support of the Galaxy Note has already garnered over 12,000 signatures; and the number continues to grow.