At the moment, foldable smartphones are highly overpriced things. They are not durable, fragile and expensive. But the inconsistency and apparent unreliability of foldable mobile devices will not prevent manufacturers from further overclocking the production of such devices. Analysts at Counterpoint Research are confident that the best days of foldable smartphones are yet to come.

Samsung is named among the favorites and those who will dominate this segment. Its foldable devices will account for 88%. It’s not hard to predict if you look at how many foldable mobile phones are already in existence and how many will launch soon. Experts predict that even if other companies release their foldable smartphones, Samsung’s share is unlikely to be less than 75%.

If we talk about which companies can release foldable smartphones, then they name such brands as Oppo, Vivo, Honor and Xiaomi. The foldable iPhone may appear in 2023. 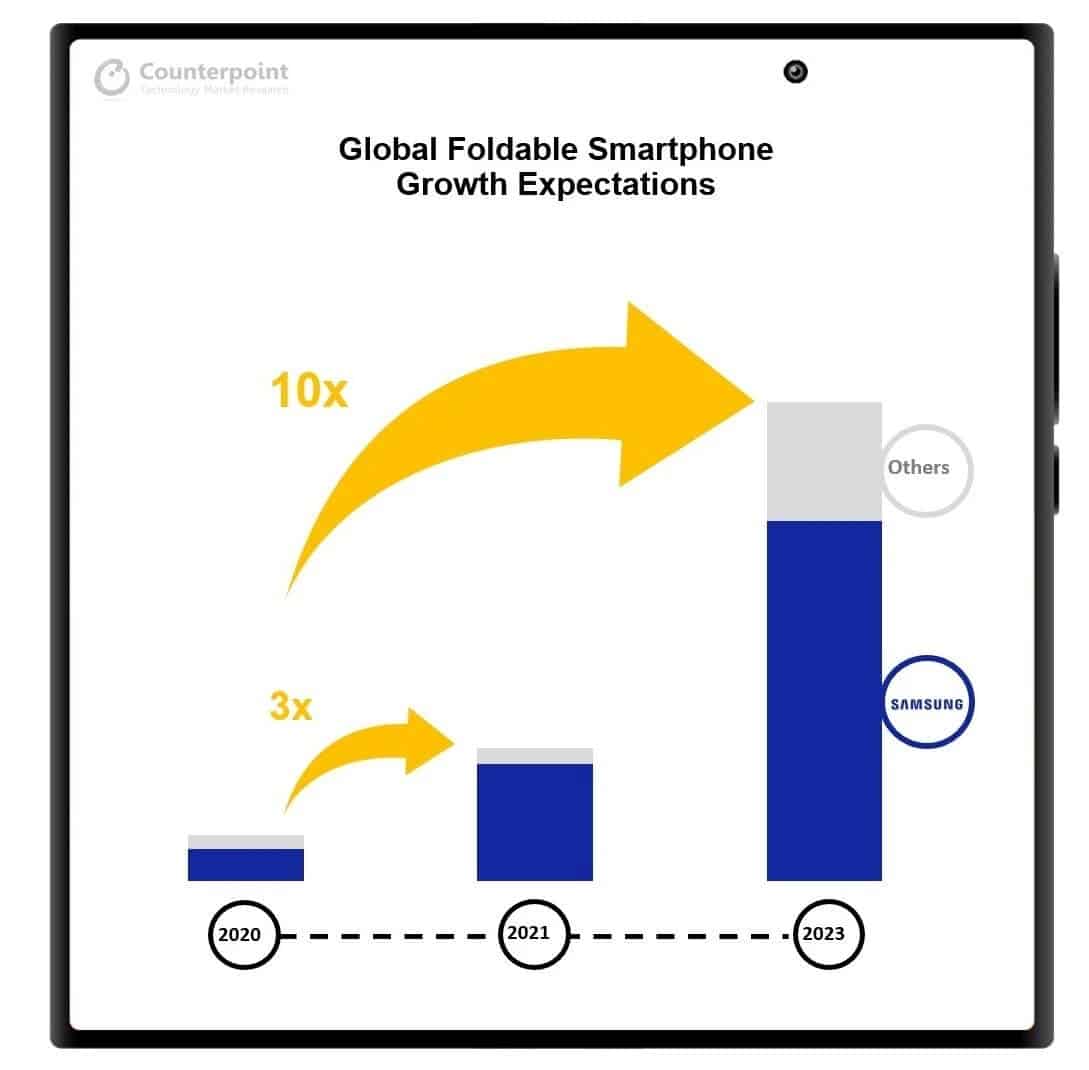 “With a significant price drop, improved design, and appearance; Samsung is likely to target younger customers with the new foldable Flip smartphone. The new Galaxy Z models will get S Pen support too, which can help absorb existing Note users;” said Senior Analyst Jene Park, who leads the foldables research at Counterpoint.

The premium smartphone market in China will be particularly interesting for Samsung. “Despite having a negligible market share, Samsung can secure Huawei’s vacant spot; and its success can contribute towards total shipment and sales volumes for its new foldables,” Park added.

Even as Apple and Samsung dominate the premium segment of the US smartphone market, the foldables remain very expensive, even on a monthly payment plan. “More affordable Samsung foldable smartphones may be attractive to some users, especially those who have previously purchased ‘plus’- or ‘ultra’-sized S-series or Note models. If the Flip model can be in sale at a similar price point as the ‘ultra’; we might see more adoption in the future,” said Senior Analyst Maurice Klaehne, who tracks the US market.

Samsung’s President and Head of Mobile Communications Business TM Roh has already announced that the new Galaxy Z-series will focus on “epic cameras and vivid, immersive viewing experiences to long-lasting batteries and strong security”. He further confirmed that the upcoming Z-series foldable smartphones would include S Pen support, bringing new display innovation. Samsung is looking to appeal to business users and prosumers; and it makes sense as the larger canvas to interact with makes it a great productivity tool.