Xiaomi Mi Pad 5 has made its appearance on Geekbench with some key details before going official in China on August 10. With the Mi Pad 5, Xiaomi will make a return to the tablet segment in three years. The tablet has been subject to multiple speculations and leaks. Moreover, the company recently unveiled its packaging box claiming that it has a “little surprise” for its huge consumer base this time.

Xiaomi will also be unveiling the much-awaited Mi Mix 4 smartphone and a slew of other devices at the Mi Pad 5 launch event. The upcoming premium tablet will be unveiled at what is touted as the company’s second mega launch event in 2021. Back in March, Xiaomi held a launch event to unveil the Mi 11 Ultra. Xiaomi has already given us a glimpse of the tablet’s design in official renders. Since the packaging box is ultra-thin, IndiaToday suggests that it could house a charger.

The Mi Pad 5 lineup could include two or three tablets. One of these variants with model number M2105K81AC was recently spotted on the Geekbench benchmarking site. The Geekbench listing has revealed the hardware specifications of the tablet ahead of its impending launch. If the leaked details are anything to go by, the Mi Pad 5 will come with an octa-core Snapdragon 870 chipset, along with a competent Adreno 650 GPU. 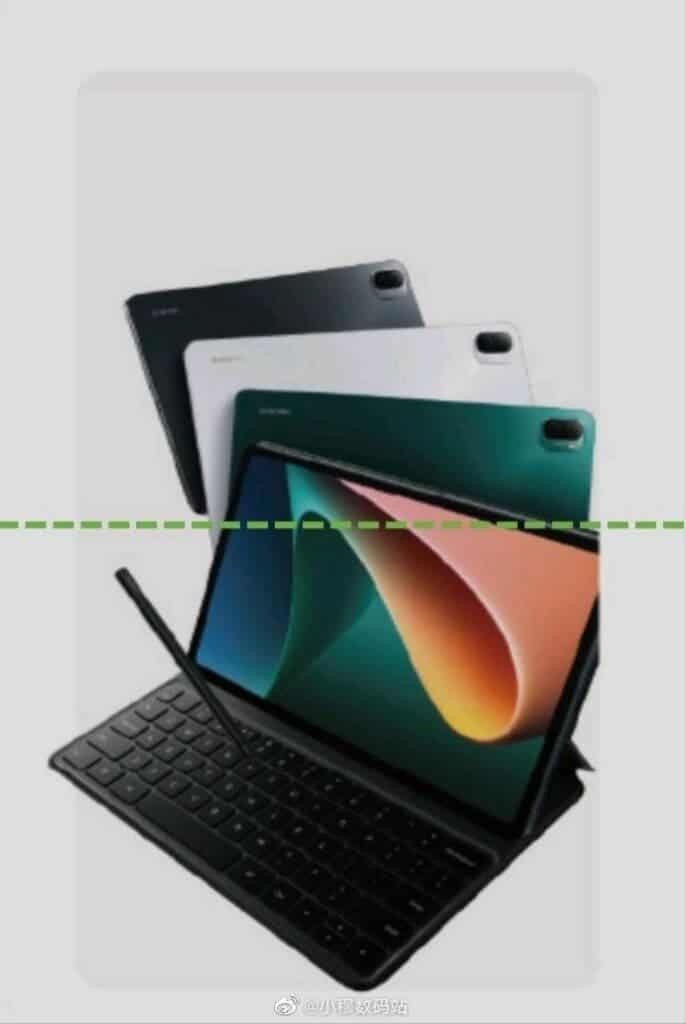 Furthermore, the Mi Pad 5 will ship with 6GB of RAM and come running on Android 11 OS out of the box. The tablet scored 997 in the single-core and 3181 points in the multi-core test. Previous leaks suggest that the Mi Pad 5 will feature a 10.95-inch IPS LCD display with a refresh rate of 120Hz. Furthermore, the tablet will come with a fingerprint sensor placed on the side. As far as the photography front is concerned, the tablet will reportedly house a dual-camera setup.

On top of that, tipster Mukul Sharma had tweeted an image of an alleged Mi Pad 5 keyboard on his Twitter account. The image was originally shared on Weibo. Moreover, renders and the Keyboard case of the tablet were leaked on Weibo. The leaked renders coincide with earlier reports that suggested that the Mi Pad 5 will house two cameras at the back. Other previously surfaced reports have suggested that the tablet will come in green, white, and blue color options.