You can use any of the methods below for registration

It is important to note that your smartphone needs to have more than 10GB of internal storage space. If you do not have up to 10GB, there will be a risk of an upgrade failure. 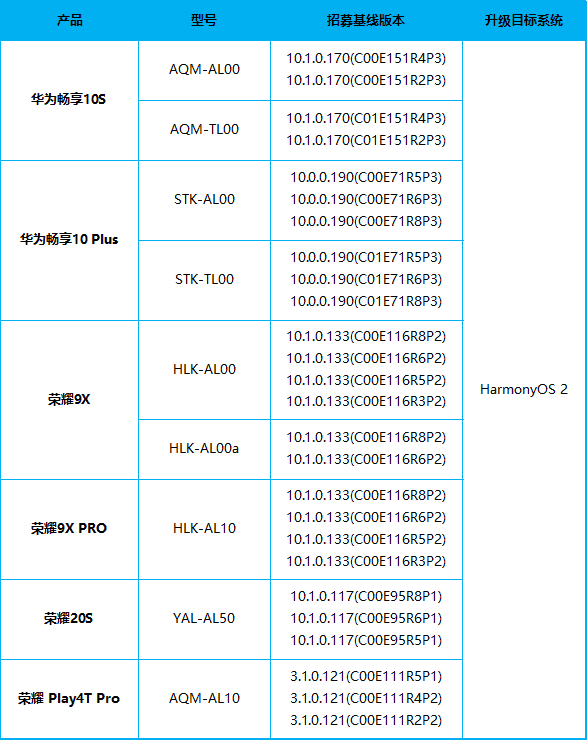 How to check the version number

Settings > About phone, check the version number information, if it is not currently on the baseline version, please upgrade to this version before registering. It is understood that the deadline for this recruitment is 10:00 on August 16, and the list of 2000 selected testers will be announced after the recruitment.

On June 2, Huawei officially released the HarmonyOS 2 system, and at the same time officially launched a large-scale upgrade plan for hundreds of smartphones. According to media reports, as of August 6, Huawei’s HarmonyOS upgrade users have exceeded 50 million.

It is worth mentioning that at the Huawei P50 press conference on July 29 this year, Huawei’s consumer business president, Yu Chengdong, said that Huawei’s HarmonyOS 2 users have exceeded 40 million, with an average of 8 users upgrading every second. Not long ago, HarmonyOS officially released the upgrade progress of the official version of HarmonyOS 2. As of now, a total of 65 devices have the stable version of HarmonyOS 2.

After Huawei officially announced the HarmonyOS system on June 2, it also launched the largest upgrade plan in its history.  The company also announced that it will upgrade the HarmonyOS system for more than 100 devices before the second half of next year. These devices will include both Huawei and Honor smartphones, tablets, smart screens, and more. Furthermore, the company plans that over 300 million devices will have this system by the end of the year. Its schedule shows that out of this number, 200 million will be its own devices. The other 100 million devices will come from third-party manufacturers.