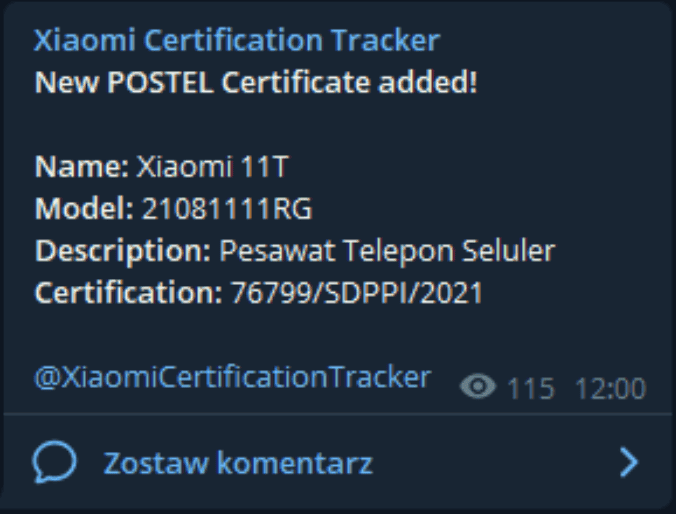 In addition, similar to the previous generation Xiaomi Mi 10T series, the Xiaomi Mi 11T series also includes two models. This series will have both the standard version and the Pro version.

Earlier this year, a Xiaomi smartphone appeared on the FCC database with the model number 2107113SG. Subsequently, we had reports that this device is one of the Mi 11T series. This smartphone could come with the Ultra-wideband (UWB) technology, which is available in various smartphones like the Galaxy S21 Ultra and the iPhone 12.

Although the latest report shows that the Xiaomi Mi 11T will use a Dimensity chip, there is other news. According to NotebookCheck, the Xiaomi Mi 11T will come with a Qualcomm Snapdragon 888 processor. Also, the report suggests that the Mi 11T series could include a Mi 11T Lite and a Pro model. These two models could see the light of the day in the future. The Chinese OEM launched the Mi 10T lineup in September 2020. So, it is could unveil a successor series sometime next month.

Compared with last year’s Xiaomi Mi 10T (the Chinese version is the Redmi K30s), the screen will have a reduced refresh rate but a better material – from 144Hz LCD to 120Hz OLED. We are also waiting for up to 12GB of RAM and up to 256GB of constant storage, batteries with a capacity of at least 4000mAh, fast charging technology, and multi-module main cameras.

We can consider the Xiaomi Mi 11T as a watered-down Xiaomi Mi 11. The price of this device will also be cheaper than the Mi 11 series.

Previous Second OnePlus Nord 2 explodes, this time in the hands of government officer