Samsung Exynos W920 has launched as the South Korean company’s first 5 nm wearable SoC before the Galaxy Watch 4, Watch 4 Classic unveiling. The recently unveiled Exynos W920 offers a host of notable improvements in terms of CPU and GPU compared to its predecessor, the Exynos 9110. This first-of-its-kind 5nm processor is exclusively developed for wearable devices.

The tech giant unveiled the Exynos 9110 successor three years ago during the original Galaxy Watch launch event. As mentioned earlier, the new chip will power up the Watch 4 and Watch 4 Classic. The Exynos W920 announcement is barely surprising since it has appeared online multiple times in the form of leaks. Today, Samsung is also likely to announce a slew of other products including the Galaxy Z Flip 3, Galaxy Z Fold 3, and the Galaxy Buds 2.

The Exynos W920 is designed to power Samsung’s next generation of wearables, according to Samsung. Furthermore, Samsung even claims that the new chip turned out to be 20 percent faster than the Exynos 9110 during a CPU test. Moreover, the chip offers can house 10x faster graphics. On top of that, it has (FO-PLP) fan-out panel-level packaging that enables manufacturers to accommodate large batteries. Also, FO-PLP allows manufacturers to adopt sleeker designs for smartwatches, per NotebookCheck. 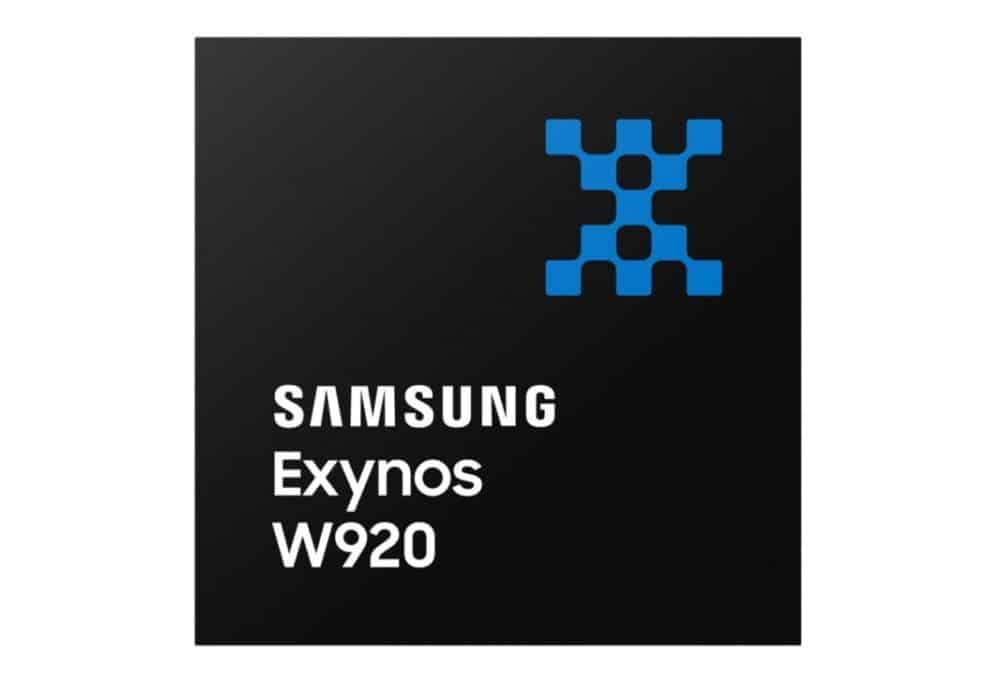 With a configuration of SiP (system in a package) embedded package on package, it can incorporate LPDDR4, power management integrated circuit, with an embedded multimedia car in a single package. Furthermore, the chipset is capable of handling a screen of up to 960 x 540 pixels. Also, it packs a Cortex-M55 display processor. This low-power processor can handle tasks related to Always-on Display. As a result, the overall power consumption can be reduced.

Aside from that, the chip integrates GNSS (Global Navigation Satellite System), Bluetooth 5.0, Wi-Fi b/g/n, and a 4G LTE modem. The Galaxy Watch 4 and Watch 4 Classic will not only be powered by the Exynos W920 processor, but it will also be the first wearable to come running on the Wear OS 3.0 platform. Samsung has developed this new version of wear OS in collaboration with Google.

Furthermore, the Exynos W920 packs a Cortex-M55 co-processor. This boosts the battery life and maximizes GPS and LTE modem support. It is worth mentioning here that all Galaxy Watch 4 series of wearables will support LTE connectivity. The Exynos W920 will compete with the Snapdragon Wear 5100. Qualcomm’s wearable chip, Wear 5100 which will pack a more powerful Cortex-A73 core. The American chipmaker had not divulged any detail at the time of writing.