Key specifications and a myriad of design details about the Realme Book have surfaced on the internet thanks to a few live images. The Chinese phone manufacturer has already confirmed that it will bring the Realme Book into its home country market on August 18. Despite the lack of any official confirmation, noted tipsters have divulged vital shreds of information about the upcoming device.

According to an earlier report, Realme will be unveiling the GT 5G and the GT Master Edition in India soon. Moreover, the Shenzhen-based tech company could take the wraps off its first-ever laptop alongside the upcoming phones. Regrettably, it is still unclear whether Realme will launch the laptop in India during the GT series launch event. While nothing is set in stone yet, live images of the device have surfaced online.

The impending laptop could support a 2K display and an aspect ratio of 3:2. The Realme Book’s features and some specs have been leaked online in some official-looking live shots. As mentioned earlier, it is unclear whether the Realme Book will see the light of the day in India. However, the company has confirmed that it will sell the Realme Book Slim in the country. It remains to be seen whether these are different models or the same ones. 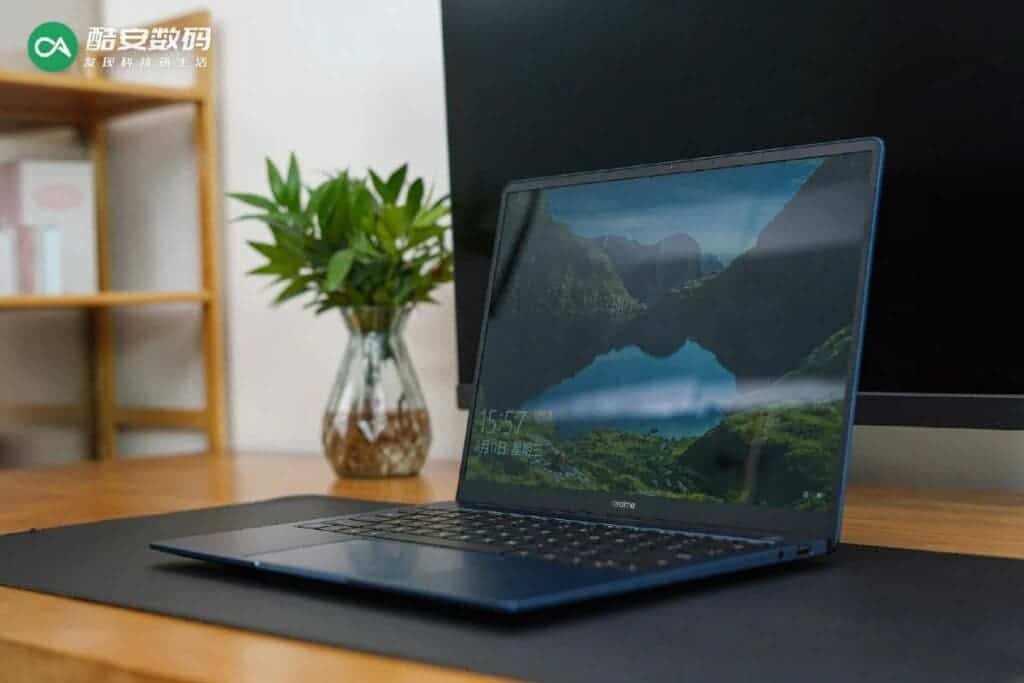 The company announced the Realme Book’s launch date in China on its Weibo account. The launch event is slated to kick off at 3 pm local time. The teasers show that the laptop features a backlit keyboard and metallic finish. Moreover, the display is encompassed by ultra-slim bezels. Other teasers hint at a 2K display with an sRGB color gamut of 100 percent, and an aspect ratio of 3:2. On top of that, you can share content and apps in real-time with a smartphone.

The Realme Book live images were shared on Weibo by tipster Kuan (translated). The laptop appears to adopt a minimalistic design, coupled with an aluminum build. The back, as well as the bottom of the screen, houses the Realme branding. A front-mounted webcam is placed on the top bezel. The upper right corner of the keyboard houses a fingerprint sensor. In terms of connectivity, the laptop offers one USB Type-A slot, two USB Type-C ports, and a 3.5mm audio jack. The bottom of the laptop features a ventilation grille. 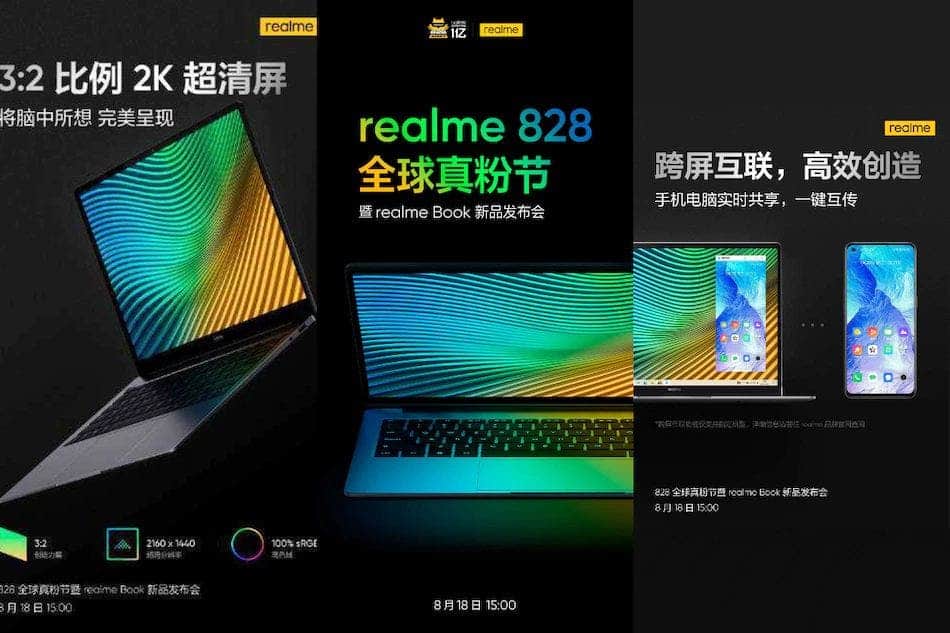 If previously surfaced leaks are anything to go by, Realme Book will go up for sale in three eye-catching colors including Real Grey, Real Blue, and Real Apricot. Under the hood, it could pack an Intel Core i5-1135G7 processor. Morever, it will probably feature a 14-inch display.